Advice: New MacBook Pro delivery looks like it's been dropped

Looking for a little bit of advice. New 15 inch MacBook Pro has just been delivered, a custom order because I bumped the drive to 1TB. In my excitement I didn’t check the box until while UPS were still at the door. The UPS box is damaged on the corner and the MBP box is also damaged inside. I haven’t opened it yet, but I’m a bit worried it may have taken a big knock.

I called Apple and they said I have 14 days with the open box policy to try it. Would you push for a replacement straight away? Or open it up and see how it runs?

When I first got my iPad Pro the screen was damaged in shipping, I took it in and they were great about it. A MacBook Pro is a very expensive but of kit, and likely a device you need to trust, it’s not worth the forever worry about any damage that might have happened.

Thanks not really sure what to do. As an Apple box hoarder I’m also a bit upset the box is damaged even if I open the seal and it runs fine. Guess I could just reject it and wait another two weeks for another one. Grrrrr.

Also just for context here are some pics of the crushed corner. 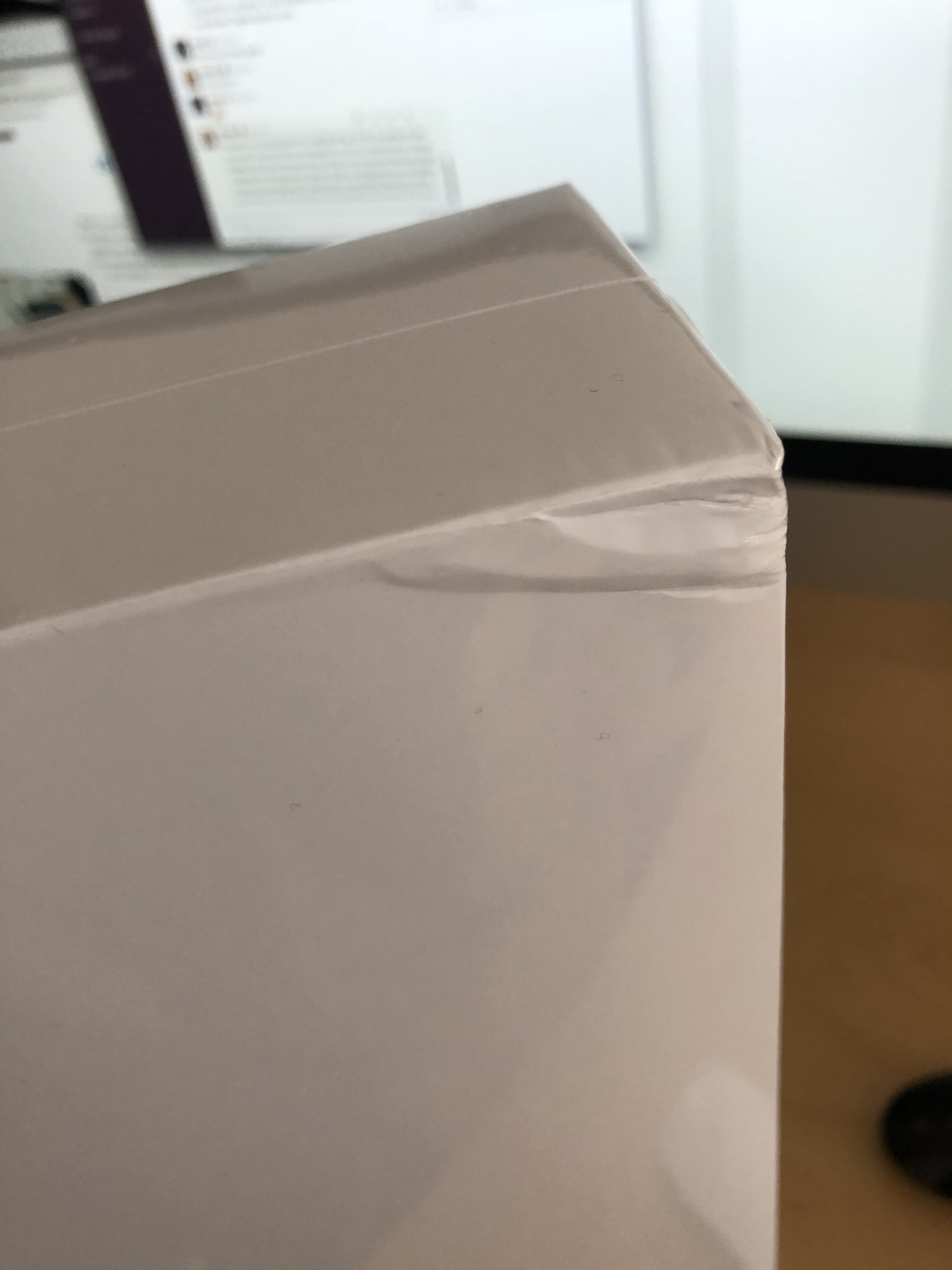 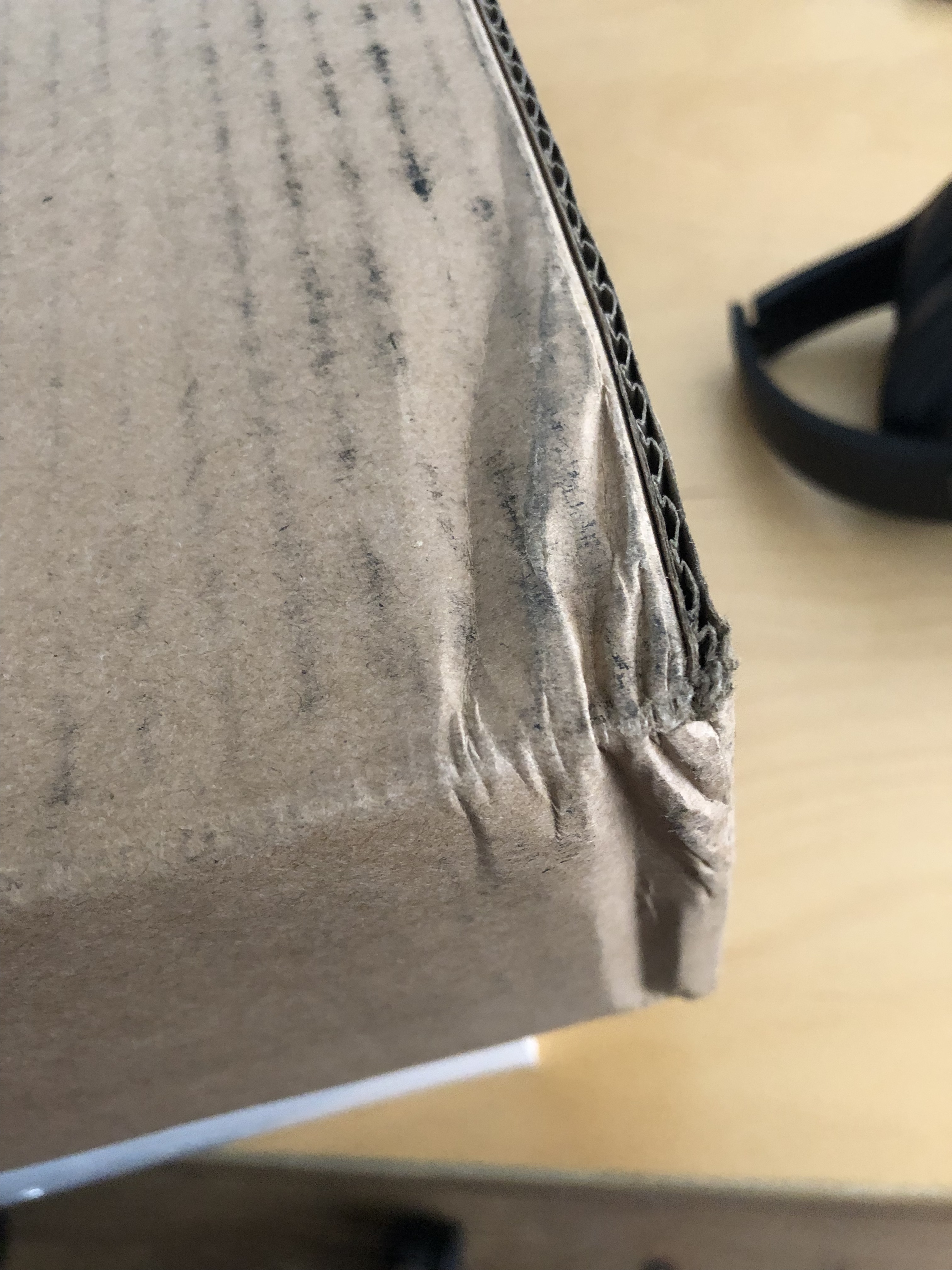 Open it…that looks like a pretty insignificant drop & with an SSD there are no moving parts that coud be damaged in any case.

Nah its just the outer packaging, its designed to take that impact. Laptops get way more abuse in a bag. Enjoy your new Mac!

Like the crumple zones of your car, those boxes took the impact so that your MBP didn’t. Open up the box and check the computer out, it’s probably fine.

Update! I called Apple again and they said they would expedite another one to be safe. 2-3 days to wait doesn’t seem bad for a little bit of piece of mind and a nicer box

The last MBP I ordered in 2012 had the same issue and turned out to be DOA so I guess that’s why I’m overly worried.

Thanks for the advice everyone!

Hmm. Twice. I guess the UPS driver is a Windows user.

Heads up! If you are lucky you might catch this computer on the refurbished section of the Apple Store