I would like some advice regarding file security on my MBP synced with iCloud.

In brief, I’m experimenting and learning how to use iCloud Keychain to replace 1Password. I have historically stored all of my logins, license keys, sensitive credentials and other need to secure documents in 1Password.

I like 1Password but I’m committed to minimizing subscriptions. God has blessed me such that I’m able to purchased as many subscriptions as I like but I don’t consider this good stewardship overtime so I minimize recurring costs—there are better and higher uses of the money. That said, please don’t sidetrack this tread over a discussion of the pros and cons of subscriptions.

I’ve considered using an encrypted DEVONthink database but given my experience of data loss, and that of others, I’m uncomfortable committing this critical sensitive data to DT.

My question is: based on what I have below, would you consider this secure?

Would you consider this “secure”?

Personally, I would not feel secure with this setup as I understand it.

Of course, one could still actively spy on you with a keylogger, a camera in a hotel room or some sort of trojan to read your 1Password database while unlocked, but that’s a whole different topic and one where I lack any expertise. (I’m also not an expert on encryption, but at least I have an opinion on that topic.

From your description, I understand your planning to store passwords and other sensitive data in either plain text or as encrypted PDFs, probably not with a password as long as your 1Password password.

You plan to store some of that data on iCloud drive. Do you trust that neither a misguided Apple employee, nor anyone else including the government or hackers will stumble upon your iCloud folder full of unencrypted passwords? Not today, not in future?

Your backup strategy sounds good, but how secure is that backup data? How strong is the key to your external hard drives, which may be easier to steal and more straight forward to brute force than your MacBook? (If you know what you’re doing, brute forcing the MB is probably also not as much of an issue anymore, but it’s not as straight-forward for any unskilled script kiddie, at least.)
Do you use Backblaze’s end-to-end-encryption and did you apply a really strong key?

Even if you trust that your data is safe without end-to-end encryption on Apple’s server and that your local password is as super strong as your backups’ passwords, there’s still the risk that a weakness is discovered in e.g. FileVault or the iPhones encryption system. And honestly, I really wouldn’t trust any data that has been stored in the cloud without strong encryption.

For all your passwords and really sensitive other data (PDFs, notes), I’d go for a separate encrypted volumes, preferably utilizing something else than FileVault. For example, you could create an encrypted disk image with Veracrypt. Make sure to choose a high number for PIM just for some extra fun.

Especially considering you’ll probably only need to access that data very occasionally, and thus won’t keep that volume mounted often and for long times, this will add another, independent layer of security to your storage. (And doesn’t cost much in terms of added friction, since your primary password source will be iCloud Keychain.) Someone spies on you entering your phone’s PIN and then steals your phone, gaining access to your Obisidian vault? That’s bad, but he or she won’t be able to access your passwords.
A horrific bug renders Backblaze’s end-to-end-encryption useless? Well, have fun cracking that Veracrypt volume!

Specific thoughts about your situation:

Edit to add: Everything @cornchip said too!

I would not do this, personally. I’m doing roughly the same thing, but planning on keeping the spreadsheet locally, no cloud access at all.

Security is about risk and control. How much risk are you willing to accept, and how much control do you need to maintain? In the end, if something is “secure” or not is largely dependent on the level of risk you are willing to accept. Go too far one way and you release everything you have to the world. Too far the other way and you might lock yourself out of your own data.

I’ve already offered my opinion on PDFs and I don’t want to pile on. With that said here’s my thoughts:

My question is: based on what I have below, would you consider this secure?

Would you consider this “secure”? (Not entirely)

100% agree. There is no one-size-fits-all or dogmatic rule of security. It’s relative, including in the ways you describe here.

I’m digesting all of this excellent information. Thanks for the outstanding advice!

Once I’ve had time to digest your advice, I’ll update the thread.

Also, assuming that one cannot create secure notes on iOS/iPadOS using iCloud Keychain and given that I have a complex, long password for locking my devices, files, etc., and given the information provided by Apple Support below, could I not securely use Apple Notes for securing notes that sync across devices assuming that iOS 15 will lack support for securing notes in keychain? I know I can lock an Apple Note–but would you consider it secure based on what I just described and what Apple support says about security?

Secure features in the Notes app

It does not appear that one is able to create a secure note in iOS or iPadOS 14.x.

I’m not seeing that on my iPad. Am I am the wrong settings location?

This is in the Notes app, not settings.

Sorry, I was referring to creating a secure note in iCloud Keychain, not Apple Notes. Sorry I was not clearer. I edited my post to make it clearer.

Your backups, especially the local ones, should be encrypted.

Instead of Backblaze, I rotate one of my external backup disk drives to my safe deposit box at the bank.

Or stored in your fire resistant safe

Funny thing about that: There’s a semi-famous case here in which a university had data stolen from a drive locked in a safe. The Provincial Privacy Commissioner cited them for not having encrypted the drive.

P.S. Have you got any semi-famous cases of people paying big bucks trying to recover data off their encrypted drives?

Thanks for the great advice! I realize I have a major security hole–I have not encrypted the external drives. Can someone point me to a good online resource to I do this properly?

For a laugh (specifically at 1:06) though the clip is short and funny. 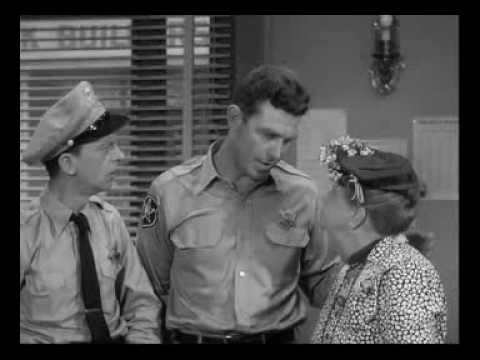 Have you got any semi-famous cases of people paying big bucks trying to recover data off their encrypted drives?

I have a major security hole–I have not encrypted the external drives. Can someone point me to a good online resource to I do this properly?

If you have a vehicle, don’t underestimate the utility of having an ‘offsite’ backup in your glove compartment.
I had a customer that did this - I hadn’t even thought of it.
Me: Do you have an offsite backup?
Him: Yep. Dash o’ my truck.

(Not ideal if parked in your garage and your house burns down, heat from sun, etc. But an extra backup, just in case.)