Alexa is a “colossal failure”

The AI apocalypse will not be robots firing lasers against humans… the robots themselves will be “hyperautomated” software.

This makes for a long, interesting, disturbing read.

Just unplug it if the AI becomes problematic.

You must have missed the 1970 film Colossus: The Forbin Project. Better check it out before reaching for that plug.

Which why I am not in the least bit worried about an AI dystopia.

Philip K. Dick’s short story Second Variety is even scarier in a more visceral way than The Forbin Project.

Yes, I understand that. And software can be “unplugged.” In the worse case, cut the power.

As to the article, I’ve read similar things. The sort of dysphoria described in the article is a real danger and a threat. I was thinking more along the lines of the apocalyptic articles and news stories about AI, with intent, turning against humanity. Unless we are talking about autonomous robots roaming the countryside, we can always go to the source of power and shut the source off if necessary. I find the alarmist stories about AI all a bit ridiculous, at least between now and the end of the next millennium. 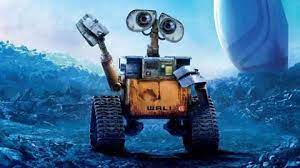 I have to say that the description, “In the aftermath of a devastating nuclear war between the United Nations and the Soviet Union…” sounds prescient.

I find the alarmist stories about AI all a bit ridiculous, at least between now and the end of the next millennium.

Agree - but that sort of alarmism is nothing new. Y2K was a huge money-making episode of exaggerated paranoia.

If I had a nickel for every time the media and writers used the word “crisis” I’d be one rich man. When everything is called a crisis or potential catastrophe, nothing is because we become numb. This is dangerous because we can end up ignoring a real crisis or danger.

I agree. I’m old enough to remember October 24, 1962 when the Strategic Air Command was ordered to go to DEFCON 2. I also remember Walter Cronkite covering the news that month calmly and professionally.

I can’t believe number is that high, but radio does make a lot of sense.

Is that like saying 20% of all CDs sold in 2022 are published by Sony? I didn’t think radio was very big these days. There’s a strong meme on people no longer watching scheduled TV, I would have thought radio preceded that by some way.

Is that like saying 20% of all CDs sold in 2022 are published by Sony? I didn’t think radio was very big these days.

In the US 63% of people listen a day… I don’t know what the equivalent weekly figures are, but I’d guess not far behind the UK.

I guess I am in the majority of Alexa users: to play live radio news while I’m prepping breakfast, set cooking timers and switch the lights on/off. And absolutely nothing else.

Although the Alexa Skills is a powerful framework and makes it easy to develop conversational chops into the device, the reality is that any non trivial interaction becomes exponentially difficult and it feels more like you are navigating a call center IVR system rather than having a “conversation” with the device. Also, creating a non trivial skill that access transactional data can become a formidable challenge (read: expensive) that does not have a evident return for the company that wants to bulid the skill. I have first hand experience with Google Assistant devices and a energy utility company, and they canceled the project after MVP.

So perhaps Apple is right and Siri did not need to become Alexa after all.

I’d agree with that. For me it’s radio, music, audiobooks, weather, BBC news briefing and setting timers while cooking. All relatively trivial, minimal interaction. I did listen to podcasts via the PocketCasts skill, but that seems to have stopped working. I’ve also played YouTube or BBC iPlayer videos on it, but that’s rare. I’ve never bought anything via Alexa and, if ‘she’ is gathering information on me, she’s not learning much other than my taste in radio and TV.

I’d agree that anything that requires multiple steps becomes difficult. The skills I use (mostly radio) add a level of sophistication - such as being able to listen to any BBC Radio programme in the last 30 days or commercial-free versions of some of the bigger commercial radio stations, but even they can be a bit of hassle to set up. I doubt many people engage at that level.

I listen to live sports radio most days. Either through an actual radio in my car or on my Google Home speaker. I think sports and news are 2 things that still demand live broadcasts.