Alexa is a “colossal failure” 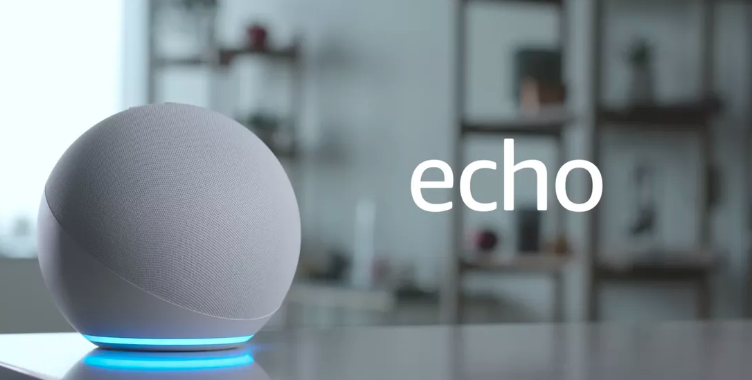 Amazon Alexa is a “colossal failure,” on pace to lose $10 billion this year

I use Google for non-Apple stuff and asking to search most things that Siri can’t. I use Siri for Apple stuff, shortcuts, etc

I do not know whether they bring direct revenue to Google or Apple but I think they are part of the services that compliments the rest of the packages.

It really is a failure of imagination for Amazon and Google part. While they imagine voice assistant as a money-making ventures, it really is a value-added service to a hardware/software and other services. No one wants their voice searches to serve them ads, or buy product with their voice. It goes against the user’s trust and impede their goals.

Now if they tie it up as a value added service to their speaker hardware, audible, prime video & music, and kindle (cost of Alexa being shouldered by this services)—it has tremendous value to their users. It will just hurt their company more by killing Alexa or Google Assistant.

Now, if they can just please fix my non-Amazon speaker discontinued in 2019 that works with Alexa to still play Audible, I’d be so much happy to keep subscribing. So far, it works with Spotify, podcast, news and any trivial Alexa function that I don’t use.

The thing with those “digital assistants” is that apparently all of them seem to struggle to some degree. I am quite sure that Apple, Google, Microsoft and Amazon are burning quite a lot of money to get those assistants better.

I am no Alexa user, I despise the ecosystem behind it (yes, I know, but that’s how I feel). BUT when I experience others using Alexa (here in Germany) I am noticing that it works quite well. Something very nice is its Alexa Skills concept. There a quite a lot of services over here who have made use of this opportunity - which means that Alexa is able to “understand” more local stuff in comparison to Siri, where the nearest thing you can compare those skills to are Apple Shortcuts. But that is not really comparable.

I use Siri every day. It is mostly HomeKit stuff (turning lights on and off and stuff like that). Even those basic things do not work 100% reliably. I am thankful for those options and I do not want to do without them, but it is far from working every time. There are devices Siri works better on for me like my iPhone and others where Siri can be fascinatingly useless at times like my HomePod.

Anyway, I have the impression that Amazon has spent a lot of resources to make Alexa the best of class no matter the costs involved. Apparently, the current situation has reminded Amazon that costs cannot be disregarded in the long run. The question is what the “business case” is for Amazon to have Alexa. I always thought that Alexa is the means to tap into homes and to gather data which helps with their core business: selling stuff. (Yes, I know, no base for that claim and what not…)

The thing with digital assistants is that we need something like this when we are not able to interact with a keyboard or a touch screen. I am not so sure, if those assistants will be available to deliver on their promise any time soon. But I also do not see them going away, either.

more targeted ads and situational awareness for those ads
So yes, I think it’s revenue generating to some extent

I use Siri every day. It is mostly HomeKit stuff (turning lights on and off and stuff like that). Even those basic things do not work 100% reliably

Same here. I limit my Siri use to controlling lights, setting timers and reminders. Since it almost always fails to answer a question audibly I always use the Google Assistant for information.

Very few people want to talk to their devices. I don’t think it’s a failure of tech, but people overstating the market.

I don’t want to converse with them but there are some commands or questions that I find useful like basic math (what’s this * that…), weather, call so and so etc.
But that’s it.

Very few people want to talk to their devices

Alexa is huge in the UK. Something like 20% of all radio listening in the UK is via smart speaker, of which Alexa is the market leader by a long way.

I use my Alexa several times a day, and it works very well. I’d happily (!!) pay a subscription.

Fair enough! I can’t believe number is that high, but radio does make a lot of sense.

Very few people want to talk to their devices.

I am not so sure about that.

I admit that I may fall in the Geek category with that. But… I have noticed - not once, but many times - that even persons that do not use computers do enjoy their Amazon Echos given to them by their grandchildren or children or whomever else when telling those devices to “play music from the Sixties” or “by Artist X” or “Genre Y” or “play the news”. Why? Because it just works. Except when it doesn’t!

I am not so sure if this market really is small.

I was given a Google Home Max speaker as a gift several years ago. I mostly use it for listening to music in my living room. Unfortunately all of these “smart” assistants are atrocious with classical music, so I gave up long ago asking for it to play music by voice. Now I just use the Spotify app on my iPhone to play it on the Google speaker.

Try asking for something relatively simple like the Leonard Bernstein recording of Mahler’s 5th symphony with the Vienna Philharmonic. Siri, Google (and I presume Alexa) will not be able to find it.

Even when I’m trying to play jazz or rock music, I find that it often picks music that is totally wrong. Sometimes you have to change the order of your request, put the album name first for example. It really is a poor experience compared with typing in a search and selecting from a list of matches.

I find Siri and Google to be just OK with simple requests, like the weather forecast or setting a timer, but they have never gotten any better with more complex tasks. I think voice AI has a long way to go and I’m not sure these companies want to continue sinking money into something that might not be even possible with current technology.

Try asking for something relatively simple like the Leonard Bernstein recording of Mahler’s 5th symphony with the Vienna Philharmonic. Siri, Google (and I presume Alexa) will not be able to find it.

So far, classical music and computers/digital services do not really work well together. I was looking forward to Apple Classical and I still am, but its apparent delay makes me think that I should not have too much hope in this matter.

Why? Because it just works. Except when it doesn’t!

This is why I really dislike Siri (it took time, but Apple worked at it and got me to the stage of truly loathing it

): When I need it most (driving) is when it fails most often, or it simply can’t do the very simple thing that I want it to do.

On topic: Alexa is a privacy dumpster fire of privacy invasion though and for that reason alone I would love to see it extinguished.

I’ve yet to meet a single person in my country that has or even trusts an Alexa speaker. No one wants to buy devices with always-on mics from a company like Amazon. I’ve only heard it being mocked as a poor attempt to get into our homes.

I wonder what percentage of people would admit to feeling faintly ridiculous speaking (I am not going to use the term talking because no one uses a conversational voice when ordering Siri whatever around) to their computer, its pretty much the same as phone menus from large companies “say yes to connect to person A, say no to not connect to person A”.

At this stage it’s really not in our psyche to treat a computer this way, maybe when it truly can have a 'conversation" things may change. Anyway wasn’t there something about Alexa randomly emitting “laughing” sounds at one point.

Not for me I’m afraid its one tech area I will let pass me by.

I can’t believe number is that high

You were right not to believe it…

I misremembered… Smart speakers represent 10.8% of all UK radio listening (and growing around 1 percentage point per quarter), and that represents around around half of all online listening.

No one wants to buy devices with always-on mics from a company like Amazon.

And yet many walk around with an always listening, location tracking, camera-enabled device from Google.

Amazon are selling around 65 million devices that no-one wants to buy every year. I’ve yet to see convincing evidence that Amazon are ‘listening’ except when the wake word is triggered.

I can’t find it now, but someone described the voice you use with these things as “autistic Brian Williams.” Can’t unhear it since then.

I think voice AI has a long way to go

Which why I am not in the least bit worried about an AI dystopia. Just unplug it if the AI becomes problematic.