It seems like the software app “TheBrian” has gone through a bottoms up rewrite and has a native Mac app. It seems like great brainstorming and retention software and I had seen that David Allen uses it as part of his GTD system. I will give it a try. Any other users here?
https://www.thebrain.com/products/thebrain

I’ve used it and It is really powerful. There are a couple things I couldn’t get used to and I keep coming back to MindNode. The navigation in “The Brain” is a bit clunky and MindNode is just absolutely beautiful and easy to use.

@mikegroseth What version were you using?

It seems that their new version has some new features and they have redone the UI. I have also been using MindNode for Mind Map creation and it is so easy to use. I have downloaded the 30-day free trial of TheBrain and I will watch all the training vids over the next week and create a large-scale business proposal in it to see how it is to work with.

The only similarity between TheBrain and MindNode, IMO, is that both have nodes and edges. Otherwise, TheBrain is not really a mind mapping application in the usual sense. It is a place to collect information (clippings, documents, text), and create relationships.

If you want to see the wildest example of what TheBrain can do, check out Jerry’s Brain. The author collected 340,000 “thoughts” (nodes) in the same document and is still at it.

I’ve used TheBrain for a long time – similarly to what Jerry Michalski does, but no where near his scale. It’s fun to use. Also rather expensive.

@anon41602260 Yes, I see that TheBrain can do Mind Mapping functions but agree with your assessment. I find it is an app that is hard to describe. David Alan has many YouTube videos on it >6 years old with the app running on Windows.

Price too high ($220 or $15/month), with no Mac screenshots or obvious enticements showing that the app works in a Mac-like way. Not sold on it.

I’ve been using it for 2 years. I really like the visual connections I can make. But it is hard to swallow the pricing structure.

I have been looking at replacements, and the closest I can find is ThoughtX.

If you’re looking at iThoughts, also look at Mindnode.

Online, there’s also Zenkit, which with a click shows you list, kanban, calendar, table and mindmap views, with prices ranging from free (5,000 items, more than enough for trialing [or light use]) to US $108/year.

I do like MindNode, but am trying iThoughts as it came with my Setapp subscription.

Since seeing this thread, it prompted me to ponder exactly what I use TheBrain for?? I’ve been using it to make connections between different ideas, people, processes. To link them.

So, for what I AM using it for IThoughts/MindNode would probably work pretty closely to TheBrain.

I tried The Brain, and found it to be like a three-dimensional mind map, with the ability to make extra connections.
This design is probably intended to capitalize on our ability to make spatial relationships between items, such as memory palaces.
Personally, I didn’t find it helpful. There are mind mapping and brainstorming apps that allow you to make additional connections beyond the “tree” structures most impose on you.
One of the inexpensive but good ones is Scapple by Literature and Latte. You could also use a notebook

Edit: just watched the video (without audio), and the timeline and checklist functionality looks interesting. They also have a free version, so I might give it another look.

So, for what I AM using it for IThoughts/MindNode would probably work pretty closely to TheBrain.

I own both Mindnode and iThoughtsX. iThoughts is somewhat more comprehensive, and I like the output a bit better, however I always end up working in MindNode because it is more intuitive and gets out of my way when I want to slam down ideas and connections. But if you’ve got Setapp there’s not so much of an advantage to Mindnode that I’d recommend spending any $$ on it.

I really wish one of the mindmapping apps offered better outlining. I like mindmaps, but I also use OmniOutliner. With OPML I can take an OO outline and move it into a mindmap, but I’d prefer to not have to go from app to app. ZenKit approaches what I’d like, but it doesn’t really offer a great multi-indent experience.

I have downloaded and tried to use version 9. It is a super useful app but I think for my use case it might be too much. I can see how a huge project or something needing a lot of connections would be a perfect use for something like the brain. Just my feeling is that “for me” The Brain might be to much brain!

Has anyone tried Mindly?

So I spent many hours watching the tutorials about TheBrain. A couple things I really like is that One they been in business for a couple of decades. I have been been burned many times with software companies going out of business or discontinuing packages so I am very apprehensive about making commitments to new software.

Nice graphics. It seems like a Mind Mapping type software. I will have to give it a try out. @CoachMike nice find!

Reminds me of one of the modes of iMindMap except iMindMap is excruciatingly slow and unusable.
$235 ->

There is a new alpha release of TheBrain version 10. Not a lot of added features, but cleans up some of the superficial issues with version 9.

A new release of TheBrain on iOS (9.3.1) adds the ability to capture PDFs and other file types into the “inbox” of the app, and then add them to one or another “thought” (the cutesy name for notes ). Initial impression is that this feature is more significant than the desktop upgrade.

Thanks for that update quorm…do you think that makes the price easier to justify?

I’ve been looking and looking for an alternative, that does the thought connection, and can hold large amounts of thoughts/nodes. I haven’t really been able to find a comparable…(not just for storage, but making connections between ideas/thoughts…)

Sounds like a job for a zettelkasten.
I just finished this excellent book on reading, thinking, and using an external ‘slip box’ (zettelkasten) to aid in making connections. website of the book’s author 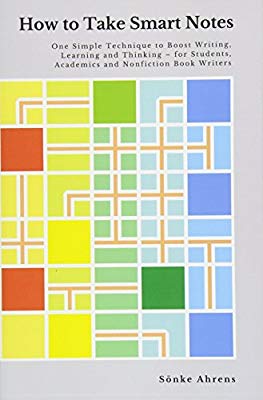 How to Take Smart Notes: One Simple Technique to Boost Writing, Learning and Thinking – for Students, Academics and Nonfiction Book Writers

I think my software of choice will be The Archive, DEVONthink, and Bookends.

TheBrain is a very smart company and I took up on the trail offer. Now I am addicted like a drug to it and finding my self looking to link other thoughts together in other MIndmapping software that just is not there. So it looks like I am forking out the investment in this software.

With the ability to set types for the actual links, and types, label and tags for the thoughts you have an organizer’s dream