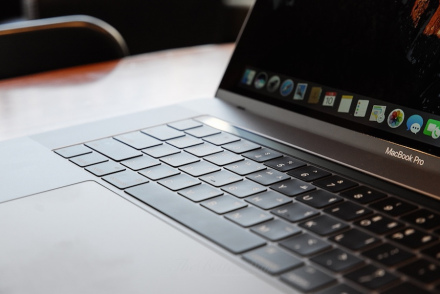 After months of stonewalling an unhappy owner base, Apple has finally chosen 5PM on a Friday to acknowledge an issue with some MacBook and MacBook Pro keyboards. The company admits that a “sm…

After months of stonewalling an unhappy owner base, Apple has finally chosen 5PM on a Friday to acknowledge an issue with some MacBook and MacBook Pro keyboards. The company admits that a “small percentage of keyboards in certain MacBook and MacBook Pro models” may have the sticky keyboard problem, which users have been complaining about since last year.

For affected users, Apple will offer a fix for free, and anyone who has paid for a replacement keyboard or keys through Apple will be refunded for the cost of the repair.

There are so many stories about keyboards going bad on MacBooks and MacBook Pros over the last few years. My 2015 12-inch MacBook is now on its third keyboard. Apple’s now announced they’ll continue to fix keyboards on several of these machines ....

For me, the real question is where they go next. I suspect the butterflies are here to stay.

I’m not surprised to see this, it has been a long time coming. Though I am a little surprised Apple rolled out an extension program without haveing new MacBooks with an “improved” keyboard design. Maybe that is still to come. Their post is careful to say it’s a “small number” of keyboards impacted. We have three of these butterfly design keyboards in my family and so far (knock on wood) we haen’t had issues.

But, I know it will have to be replaced, eventually. And my kids have a need for a new MBP later this year…

I have the 2016 and so far so good but it’s also used a lot in workstation mode with an external keyboard.

I agree, it’s surprising they admit this without a new model to sell that doesn’t have this issue. Maybe new models in September?

I too have the 2015 model. Why is it better than later models?

I’m on a 2016 MacBook so I’ll be testing the keyboard to make sure they all work ok. Not found anything in my usual day to day so far.

@stuckagain One person’s opinion…but you’ll find many others agree.

Here’s how my life goes: I had a problem with the space bar on my 2015 MacBook Adorable not working. I took it to the Genius and they said they could remove the keycap and blow out any crud. When they returned my computer to me 24 hours later, the space bar would register keystrokes, but it no longer had any travel at all. They “unfixed” the keyboard. They offered me the following: Take the computer as is for no charge, or they would replace the keyboard for $350.

I took the broken computer home because I didn’t want to pay that kind of money for a repair–and I couldn’t afford the downtime for them to fix it.

About two months later, the space bar acted up the other way. One press and it would keep entering spaces.

So I ordered a new top shell from iFixit and did the replacement myself. Still $200, but no downtime.

Now I’m out the bucks since Apple won’t refund the money I spent with iFixit. THAT’s my life…