Apple ID and phone number used on another device warning

The popup talked about in this article keeps happening to me. I did buy a new MacBook earlier this year, which started the first prompts, but now it keeps happening at random times on random devices. I went through the list of devices as suggested by MacRumors and don’t see anything I don’t recognize. Is something actually wrong with my account or is this just a bug?

Funny enough, in the middle of writing this post, I got 3 popups in a row saying it was used on my Apple Watch, MacBook and iPhone. 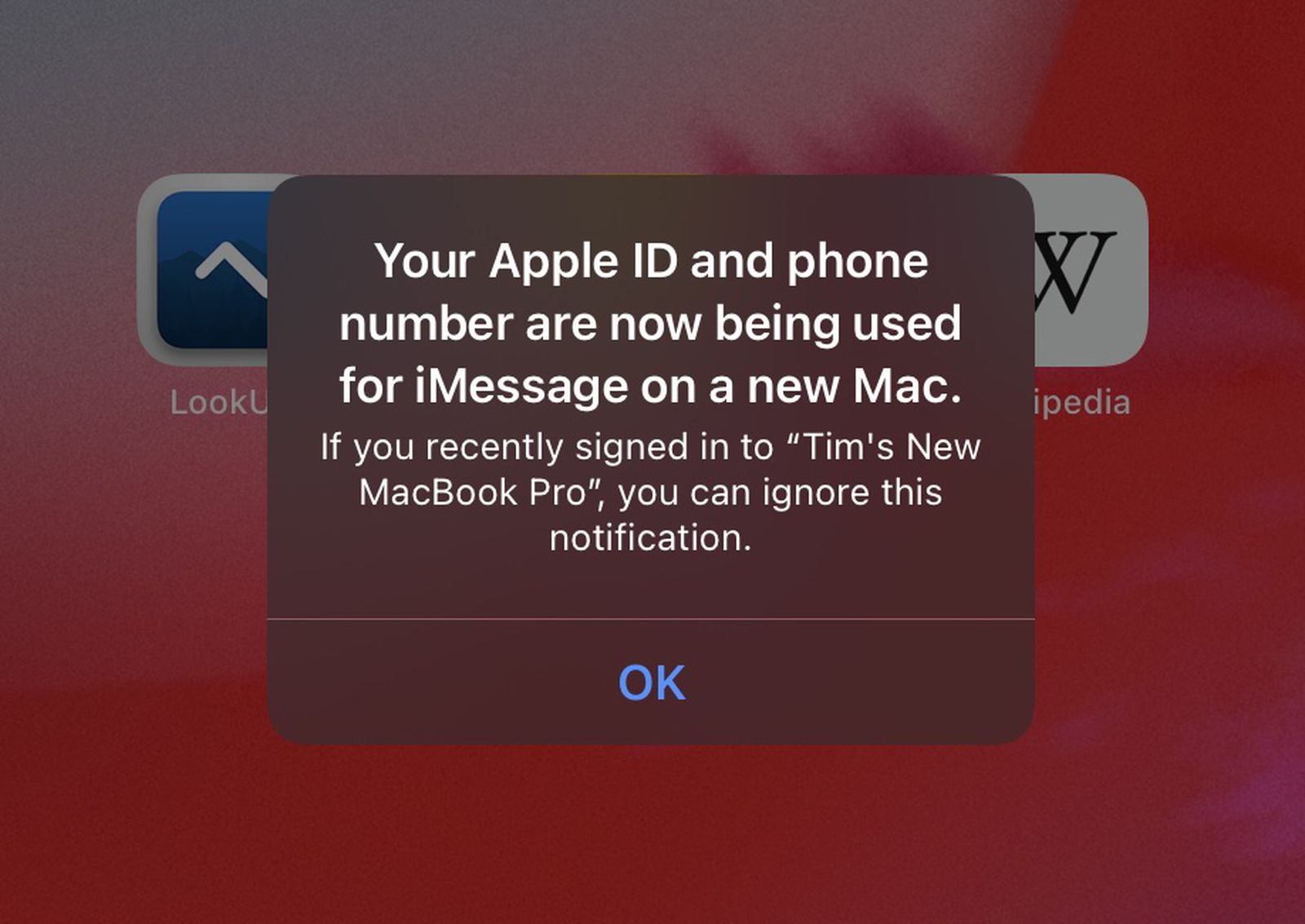 Have you received an unexpected notification on your Apple device saying that your Apple ID and phone number are now being used for iMessage and...

I got a new iPhone a few months ago, and kept getting this repeatedly. In my case I think it was partly related to unreliable WiFi, and the option to use WiFi calling. I turned off WiFi calling on every device. A couple days later, I turned WiFi calling on on my; iPhone only. Next day, my MacBook, next day my iPad, next day my Apple watch. I waited to give the data time to propagate. I haven’t seen the alert since the initial approval for each device.

I came to the conclusion that these warnings in my case are tested to that – it happens when I fire up a device that hasn’t been used for a while, for example, and sometimes after I reset a device or change settings.

I realized I just bought a new LG “smart” TV that has the new Apple TV software built in. I did login to it with my Apple ID, so perhaps that is what is triggering these popups. The thing is that it isn’t just one time. It happened a few times after I setup the TV last week.

I get these messages also randomly.
But for me, the biggest Problem with those messages is, that the location mentioned normally is at least several hundred kilometres away. Sometimes Frankfurt, sometimes “Northrhine-Westfalia” which is even not a city, but a whole Federal state, while I actually sit nearby Munich.
I can’t remember ever to get a message with a location even closer than 200-300km to my position, while I am in Germany.
And yes, all messages so far came up, after some interaction from my side with Apple, so I never be afraid that it might be not me, who activate the message.

I’ve seen something similar when using a VPN, or connecting via an ISP that routes traffic through some sort of regional hub (at least, that has been my assumption)

iPads and iPhones can use kind-of-random MAC addresses for this. I believe they do it by default, but that would not cause the issue being described here.

the biggest Problem with those messages is, that the location mentioned normally is at least several hundred kilometres away.

This can be normal and it depends on how your ISP does their routing and where their routers are located.

This can be normal and it depends on how your ISP does their routing and where their routers are located.

Yes, that might be the reason, but it is overall a totally useless Prompt, if I can’t for sure say, if it was me who activated it, or somebody a couple of hundred kilometres away.
As all my devices send their location towards Apple, they should be able to do that a lot better…!!

but it is overall a totally useless Prompt

I agree with this, if you get a random prompt and you have no way of figuring out why, they are just training us all to ignore it.