With all the new features on Messages, Apple needs to being it to Android. I’ve been playing around with it on the developer beta and, in a group, you lose all the benefits if only 1 person is on an Android phone. Makes you really want to rethink your green bubble friends, lol.

No way. Apple has said that Messages is the most used app on iPhone, and it is a selling point and a means of lock-in.

Not a chance. Not a freaking chance. 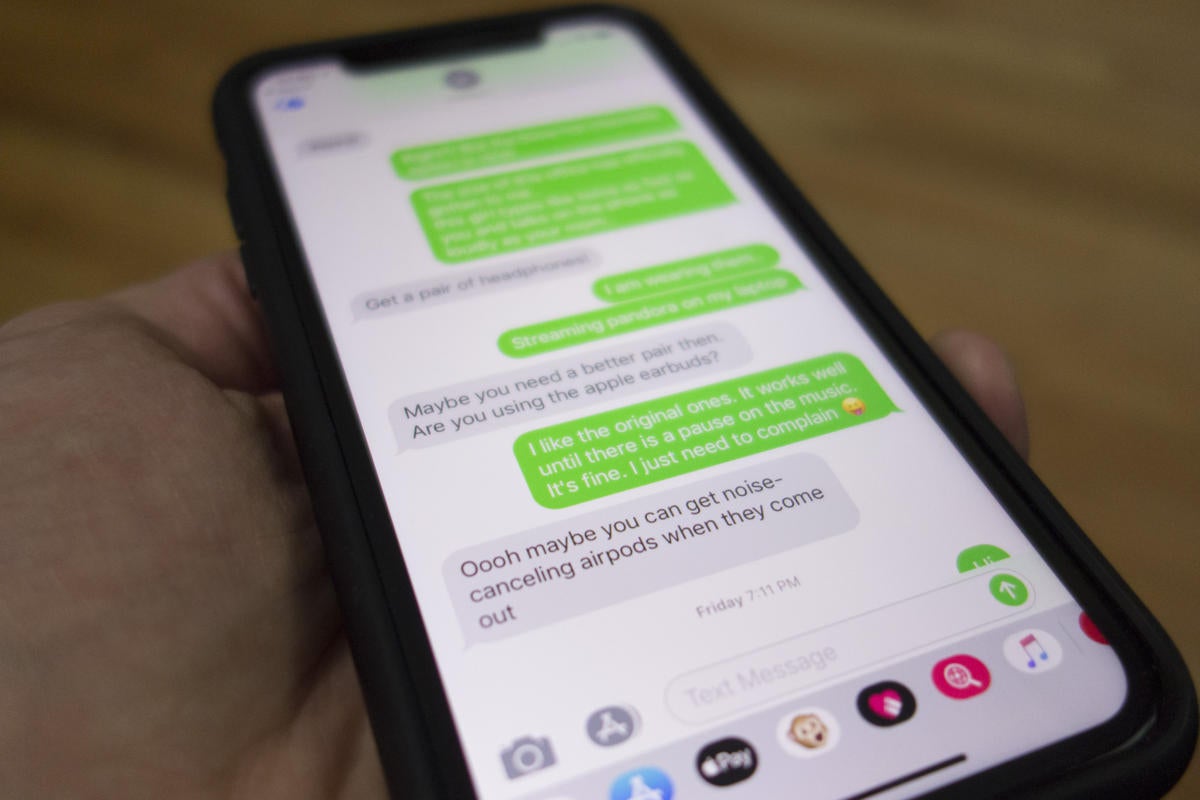 iMessage is never coming to Android, so please stop asking

iMessage for Android might be on the wishlist of tech journalists and pundits, but it wouldn’t make much sense for Apple.

Sure it does. It shouldn’t happen because it’s a terrible business idea that kills the most loved unique app in iOS that maintains lock-in and network effects, it does nothing for Apple’s bottom line and actually degrades it, while requiring another coding team to work on an Android version to boot. There are enough free messaging apps on Android already, and insufficient numbers of infamously-cheapkate Android users would pay for the app… but plenty would sideload/steal it.

I agree with @bowline. Over the years, iMessage has probably kept a decent percentage of iPhone owners, me being one, from jumping ship.

A non-geek friend of mine took great pride in being an android user. But being the only green bubble in a group of 25 or 30 friends finally worn him down. He is now the proud owner of an iPhone 11 Pro.

On the new episode of Accidental Tech Podcast Marco Arment said he was very surprised by the stats showing that Overcast’s audio-snippet sharing was by far most used with Messages. (He’d expected it to easily be social media.) He then went on to discuss how you couldn’t go out in public (back when you could go out in public) and see someone using an iPhone without seeing them use Messages.

Apple needs to do more of the iPhone SE thing so that people who like Android’s cost-friendly devices have an option to turn their bubbles blue.

I hardly ever use Messages for group conversations purely because I have (and I’m sure most people do) friends who don’t have an iPhone.

Until Messages becomes a universal app, I won’t use it for group messaging, but I don’t really care (I use WhatsApp), and I’m not sure Apple does either.

Apple needs to stop balkanizing communications. Both iMessage and FaceTime should be generally accessible. Imagine if your phone only let you call other people who were in the same phone company. All the benefits of iMessage are lost once one green bubble joins the conversation. FaceTime is losing an opportunity to connect people in this time of crisis and instead we’re having to use Zoom or FaceBook if one person in the group isn’t on Mac or iOS.

I didn’t hear the bit about the patent trolls. How come all the other platforms aren’t being patent trolled as well?

iMessage should stick only on Apple.

Nothing stops you from downloading an alternative ‘non-balkanized’ messages app and using it. Apple offers an interoperable messaging app, which people are not required to use. Apple’s not required to sell Pages on Android or Windows either, and Pages offers similar interoperability (and ‘Balkanization’.)

How come all the other platforms aren’t being patent trolled as well?

Do the other platforms have as deep pockets?

Google eastern district texas patent troll to see the game being played. Or if you just want to read just one article check out this one in the NYTimes.

You’re right, Apple does not “need” to do anything. However as a long term Apple customer I am sad that I have to use Zoom or Facebook to video chat with larger groups of relatives and friends because some of them use Android and Windows.
This isn’t the only compatibility issue:
I have Airpods, but I can’t use them with work Windows Skype and Teams, although they are fine with Zoom on Mac. Looks like I’ll have to get a non-Apple headset for work.
I had an iMac, could use it as a display for another Mac but the converter I bought to use it as a display for the work Windows machine stopped working after a MacOS update. I had to get another display for the Windows machine, and then try to fit it on my desk with the iMac. Issue resolved by upgrading to an MBP and non-Apple LG display that can have multiple computers connected and display two of them at a time.
I’ve heard about the eastern district Texas patent troll haven, just another messed-up thing that needs to be fixed already

Apple doesnt need to be Android. It actually prefers to be keep messages exclusive to Apple because it makes more money. It’s a platform lock-in

Consumers need messages to be cross platform to make our lives easier.

I want imessage to be everywhere. I do not want to use Whatsapp with my android friends. But thats my problem and not yet an Apple problem

in most cases, whenever big tech companies have implement features that make our lives easier is because it also happens to increase their profits.

I do wish that there were One True Messaging app and that I could make it the default messaging app on my phone/iPad/Macs. I also wish that everyone would use iPhones though, and that’s not likely to happen either