I’m surprised to read this opinion. I thought the stereo implementation created a good sound stage in much of the room and sounded way better than just one HomePod. It was overengineered (the Minis don’t do the same dynamic adjustment for stereo) but cost was the issue, not quality.

The subjectivity and mystique of audio leads to, e.g. $1500 USB cables.

With “sound stage” meaning the ability to place individual players/instruments where they were when recorded - no i could not get that. Most jarring was when voices should come from pretty much the mid point in between the speakers (movie with actor in mid screen), the voice was as wide as the speaker distance.

Now, if i worked in the kitchen and had the music up in the living (no wall between the two), the system/pair sounded good but so did/does a single speaker.

If you really want a define sound stage, a 5.1 or even 3.1 system is better imho. If you want to just want to fill the room with good music while doing stuff or friends over or… homepod is great.

Ah, sorry. I understand now. I like what they are going for (wide, consistent sweet spot in any room) but yes, not close to 5.1 for directional audio.

Distributed Audio speakers without ethernet ports …worry me. I’ll still get one but I can’t see myself getting a bunch of them when my Sonos system is rock solid and my Bluesound Pulse became solid once I got it off of Wifi and connected it with Ethernet.

What i’ll do is what to see what Apple’s “Homepod with a screen” looks like. I’m ready to replace the Google Hub devices …they’ve served the home well.

On a sidenote, I read two different articles about the new HomePod launches on MacWorld and iMore and I have to say, iMore has gone downhill. MacWorld and several other sources noted that the temperature sensor is not yet working pending a software update but iMore titles the article stating that Apple just turned on the temperature sensor in the mini. There are also a lot of discrepancies in the article about some of the minor specifications and capabilities of the HomePod.

I also find it crazy that the HomePod mini has been out for so long and Apple is just now deciding to use the temperature sensor built into it. I just don’t feel like this is a product they are committed to fully and it worries me about the future of these devices.

I like my mini more than my TV speakers so that is still a win for me. I used to set up 5.1 speakers but room size and running cables, I find it cumbersome plus the guaranteed expense. Depending on the budget, I’d probably go for another mini for a stereo pair with the AppleTV. I probably have to pay at least $400 to import a Homepod 2.

For music, I have my turntable for that with a great speaker system. When I’m on my desk, my aging Soundstick II still handles all my Apple Music listening sessions.

question for you guys? Is there a way to use the homepod as a speaker for my 14 M1 MacBook pro?

You can select it as an Airplay device on the Sound section of your Mac’s Control section. Note that if you made the HomePod into your default AppleTV speaker, it will show up as the room name as where the HomePod/AppleTV is located.

Installed the 16.3 beta on my HomePod. Can confirm there is temperature sensor on my 2020 HomePod mini. 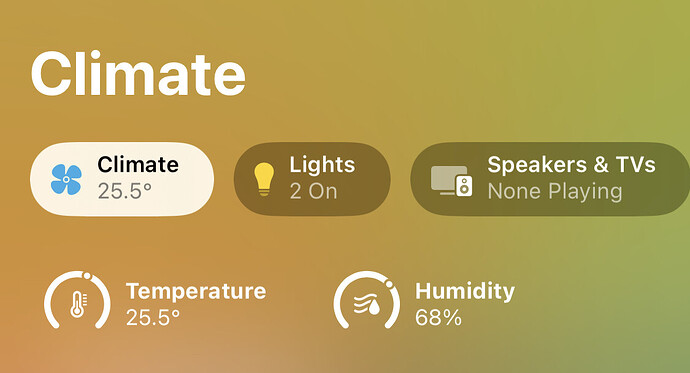 I just want to thank Apple for finally figuring out we don’t want a Siri response for everything. A simple beep is enough. That took them far too long to figure out.