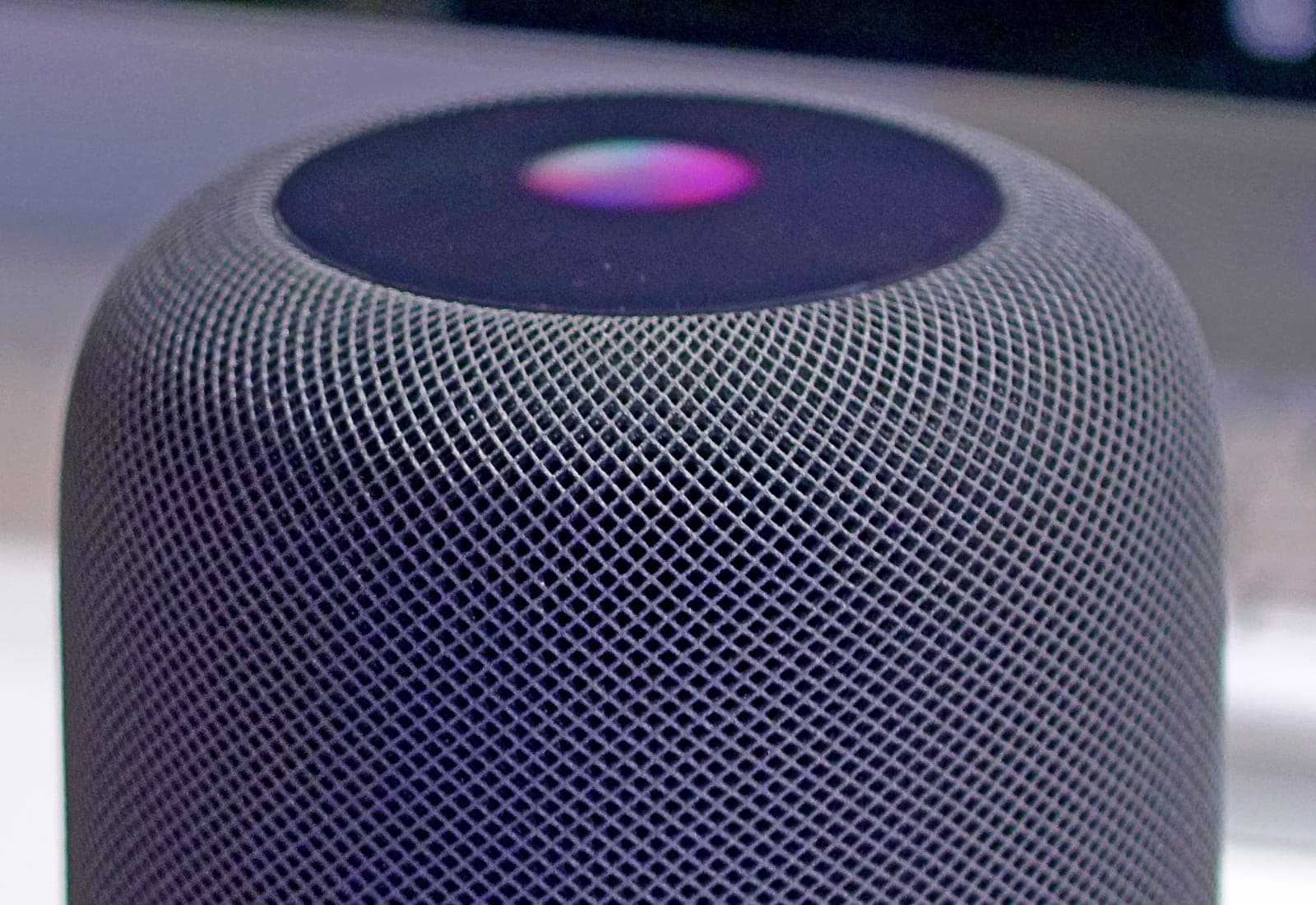 Apple's new full-size HomePod with even better sound quality could launch "fairly soon," according to the latest rumor. The updated smart speaker should

I will certainly be tempted to buy a few.

I won’t say I won’t buy one, but I at the point where my HomePods are almost too much effort to use. So many issues with Siri, AirPlay, and Homekit that I don’t use them just because I know it will be a battle. I have mainly replaced mine with Sonos, which is almost flawless in operation.

I like my minis in so many ways, but I play to 2 or 3 in my living space and too frequently one will start playing up (or rather cutting out), which might then bring the whole thing to a deafening silence.
Still, I (mostly) have the whole house audio that I’ve been wanting for the last 40 years. I’m interested in this, but I shouldn’t be buying anything!

I hope with that release, Homepod will be locally available in my country. I pay $50 more from unofficial resellers for the Mini. Plus, Apple have enabled Siri on AppleTV with our local account on 16.2. I hope they could also lower the price for Homepod 2.

I’m excited for these things. I can’t help it. The original HomePods were so cool and it made me sad that they developed that popping sound over time and repairs/replacements were shut down.

So what exactly is different about it from the original HomePod? Faster chip I assume? Can transfer music from your phone to them like the Minis. Anything else?

The original HomePods were so cool and it made me sad that they developed that popping sound over time and repairs/replacements were shut down.

I do love my original HomePods, I am just disappointed in the state of the software. I am definitely glad they brought it back. Was just hoping for a bit more, like an info screen at the top.

About the sound popping. One of my big ones was doing that, the ATP guys read that it meant the hardware was dying and that’s the end of it. Except my popping went away. The hardware works fine. No one ever really talks about it, so I have no clue if other people’s just stopping doing it as well, or I just got lucky. Marco says his full sized HPs died, but he never said how/what. 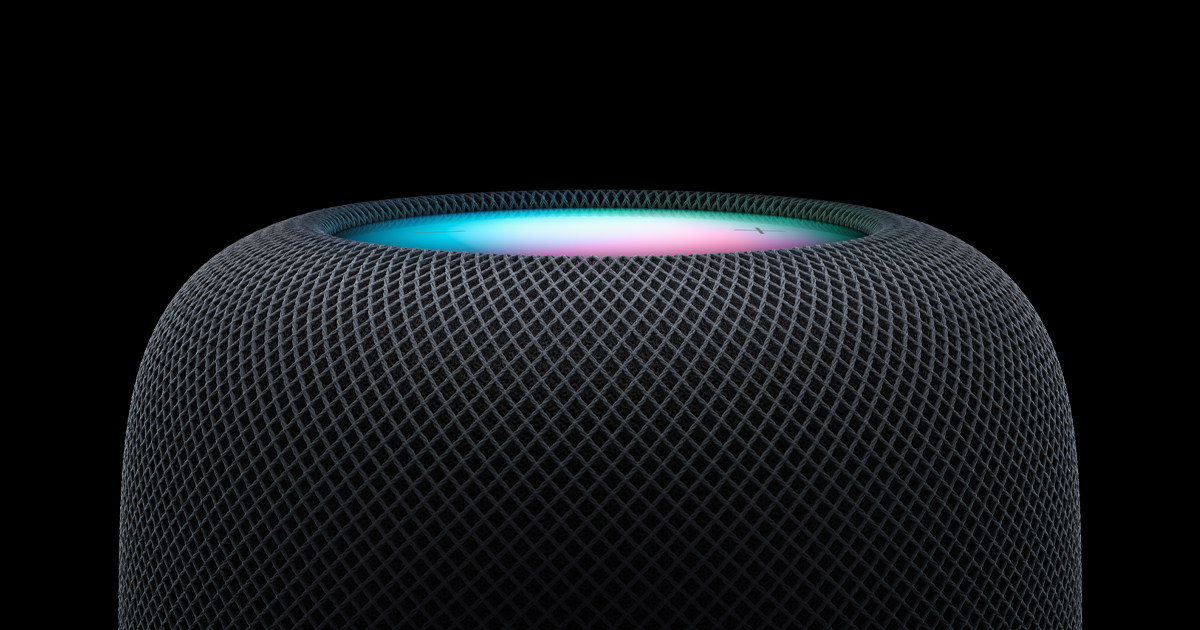 High-fidelity audio. Intelligent assistant. Home hub that works across devices. HomePod is a powerhouse speaker with the privacy of Apple built in.

I don’t see much difference except for temperature and sound (coming this Spring) sensor. Both HomePods has the two feature based on the comparison.

Edit: Only Homepod mini released in 2021 has the temperature and sound sensor according to a 2021 teardown

Without reading a detailed teardown or audio test, the differences I’m aware of:

As long as it performs as well, that’s good enough for me. The sound is pretty nice for $300 if they’ve managed that, especially in rooms where two front-facing bookshelf speakers aren’t the best choice.

I heard the same thing on ATP but my popping sounds were never fixed. I thought they were for awhile, but they came back. Just on one HomePod; the other one still works fine and I’m hoping it’ll pair just fine with one of the new ones.

About the sound popping. One of my big ones was doing that, the ATP guys read that it meant the hardware was dying and that’s the end of it. Except my popping went away. The hardware works fine. No one ever really talks about it, so I have no clue if other people’s just stopping doing it as well, or I just got lucky

Popping on mine went away too! I suspect it was fixed in a software update.

the other one still works fine and I’m hoping it’ll pair just fine with one of the new ones.

According to MacRumors they will not pair with the 1st gen. 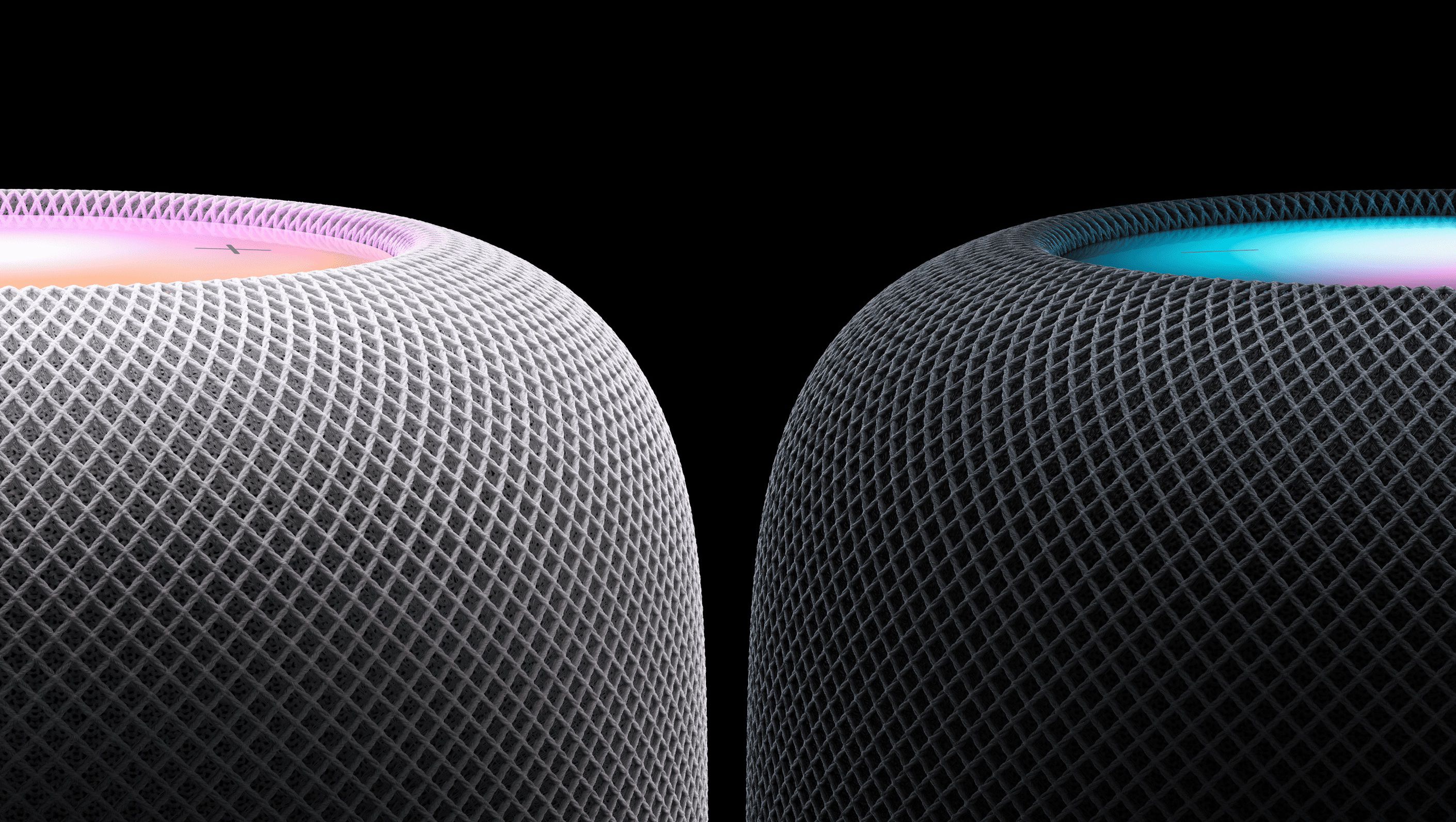 Following Apple's new full-size HomePod announcement, many owners of the original HomePod are wondering if it's possible to pair the new...

Sheesh. Well, I’m going to have to read the audio teardowns carefully then, and make sure I’ve got a worthwhile spot in another room for the lonely 1st gen.

I have an OG HP and wanted to buy a stereo pair, but they took them off the market before I could get one. I suspect the days of getting an inflated price for my OG HP have passed with this announcement too. LOL.

I want that stereo pair for my AppleTV.

I have five full-size HomePods, one of which died, and one Mini in the kitchen. We use them all the time, Siri works as well as we expect (except she thinks I want to hear EDM every time I say, “play some music”). I’m happy to see them coming back on the market. They just sound phenomenal for the size and price. They easily surpass systems I poured hundreds/thousands into earlier in my life. This is a testament to their ability to tune themselves to their environment. Of course, you can’t play vinyl through them, but that’s not something I have to do. I’m happy without clicks and pops

Just ordered one. Have a Mini on my desk but would def like a little better audio. Mostly happy w the Mini. Mostly used for playing podcasts and a handful of Siri commands.

Humidity and temperature sensor is coming in update 16.3. This is why it’s not working yet.

We love using our homepod mini with our AppleTV. A stereo pair of Homepod 2 is tempting but isn’t as cheap as getting another mini to pair with our current one.

Clearly, I am not an audiophile!

I had a pair set up as stereo for the ATV, one died just before its 2nd year and could not be repaired by apple.

Anyway, i found the stereo set up extremely disappointing. What you get is some sort of spacial sound with a very unclear sound stage - instrument placement is all over the place, voices (song or spoken) omnidirectional. What makes a single playing homepod great, absolutely does not work for two as a pair. Apple could have done a much better job letting two Homepods cooperate musically.

After a few days playing it as a pair i moved back to my 5.1 set up which i mostly play stereo music on and a few SACDs that still play.

Minis sound is very meh. It’s fine for podcasts, barely acceptable for music, so there isn’t much point in hooking them up to a TV. I am far from an audiophile, the quality is just night and day between the Minis and full size HomePods.

Not complaining, they are fine, but you can’t expect much from small, limited speakers like that.

Do the minis sound good for their size - yes.
Do they sound good enough to use as my main audio for any kind of show or music - no. Not even in a stereo pair.