This story is unreal. An excerpt, emphasis mine:

While most iOS and Android apps have to be approved and updated through Apple’s App Store or the Google Play Store, both companies make exceptions for games to allow developers to regularly update them within a shell app. You download a smaller container app, and then this app downloads the larger game files. Epic used this exception to its advantage, implementing its in-app purchase system without Apple or Google having to approve or deny it.

This blatant disregard for the rules left Apple and Google no choice but to remove Fortnite from their app stores. Epic’s quick, calculated response shows that the real target of its attention (and attention seeking) is Apple.

To start with, the company immediately launched a protest video inside the game designed to mock Apple’s iconic “1984” Macintosh commercial.

Apple originally used this Super Bowl commercial to highlight IBM’s dominance back in 1984, comparing the corporation to the dystopian novel by George Orwell that focuses on totalitarian political systems. “Apple has become what it once railed against: the behemoth seeking to control markets, block competition, and stifle innovation,” says Epic Games. “Apple is bigger, more powerful, more entrenched, and more pernicious than the monopolists of yesteryear.” 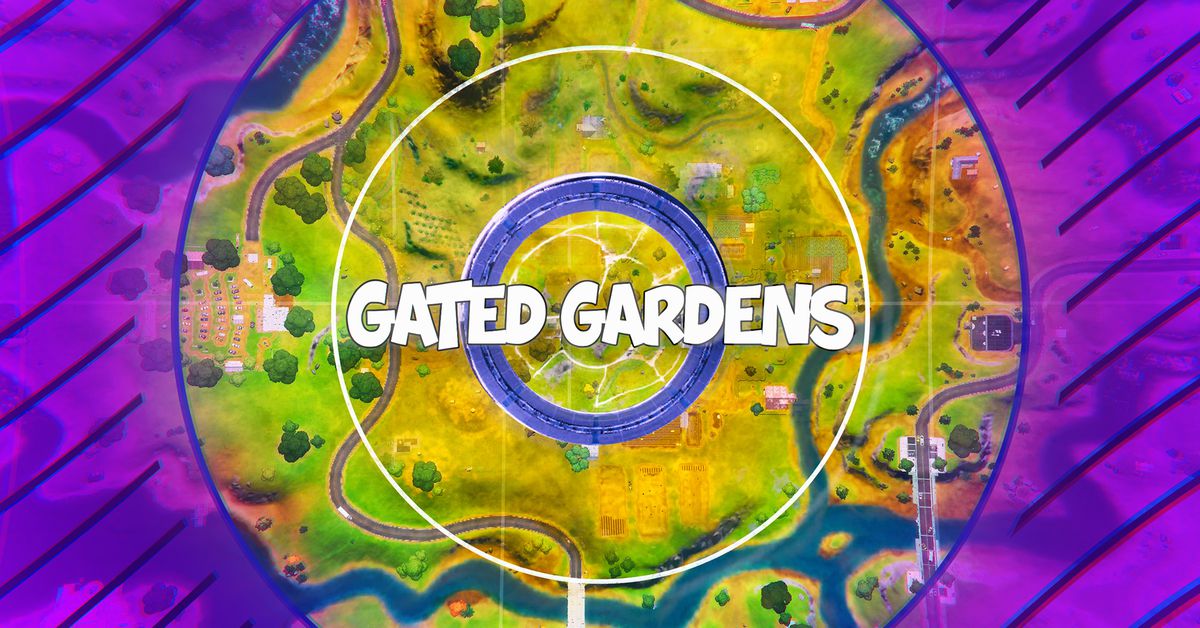 I predict Fortnite loses this fight, and personally, I think it should. Jury is out in my opinion as to whether Apple loses the antitrust war overall.

This is going to be an interesting lawsuit. I don’t know enough about law to speak. I wonder what Apple’s defense will be?

that they didn’t do anything wrong XD

Clearly they had their lawsuit (and parody video) planned in advance, and they want this lawsuit. They seem to have been a little blindsided by Google’s identical response, which dilutes their argument against Apple.

They’re timing this to the EU investigation opened in June (resulting from protests by Epic, Match Group, Rakuten and Spotify), and they counted on many big players in the tech industry already complaining about Apple (Microsoft, Facebook, Spotify). And litigation is a sword Fortnite has wielded for years, starting with Sony in 2017 (which backed down). They’ve retained some heavy-hitters from Cravath, which has experience suing Apple on behalf of Qualcomm.

But I think they are wagering they could plausibly lose this specific battle (their argument is essentially that by not being as open to app sales as macOS is it’s somehow illegal - which is dubious) but that the combined, focused pressure from them and other tech giants on fronts ranging from ApplePay to App Stores will result in governmental pressure, lawsuits and/or legislation which will weaken Apple’s hold.

Definitely seems like they have been planning for this and currently there’s legislative sentiment that goes against the tech giants. It’ll be interesting to read about the law behind it all.

I’m excited to see the law tested in such an entertaining way!

This is something deliberate and long-planner by Epic. It was just four months ago that they ended their fight with Google, agreed to pay them a 30% commission, and were allowed back into the Play Store. There is no way they did not have their Apple lawsuit planned out, presumably hoping that Google would let Apple swing in the wind (but prepared to sue them too).

Epic has been itching to smack at Google and Apple for a while. It’s a very odd decision to simultaneously attack the biggest tech companies around, while being fairly dependent on them. (Good luck until the lawsuits are over if they need to implement app bugfixes.) Back in March they jumped randomly into a battle defending NVIDIA’s GeForce Now against Apple/Google.

Seems more like they’re trying to be so much of a thorn that the other sides will back down, as happened with Sony, which in 2017 backed down (then last month invested $250 million for a small minority stake in the company). I don’t see that happening this time, though.

Epic Games broke Apple’s rules, and are trying to sue them??? Weird logic.

Not at all. They broke the rules deliberately to cause Apple to kick them out and therefore give Epic a cause of action. There is a vast amount of money at stake in this tug of war game.

Fascinating! And entertaining … grab a bucket of popcorn and enjoy.

does anyone have some data on how big is fortnite on mobile (and more specific on iOS)?

given the numbers fortnite did last years I suspect that iOS is not a big part of it, but I can be wrong since I have no data.

I’d like to know how much Epic charges to third party developers on their (almost unused, afaik) store…

That is correct. A mid-2019 Newzoo study of three major Battle Royale games, including Fortnite, found that 71 percent of players mainly played on consoles, compared to just 17 percent on PC and 12 percent on mobile.

I’m not a lawyer, but my understanding is…

Epic is arguing that Apple’s rules are functionally illegal. But they can’t necessarily sue and say “this rule is illegal” if the rule doesn’t affect them. In other words, they have to have some skin in the game to have what’s legally called “standing”. Once they get “standing”, then they can sue. So they broke the rule, and waited for Apple to enforce it. Now that Apple’s rule is (in their argument) harming them directly, they can sue.

The idea of “standing” has been a Big Deal on the national level in the past few years when the two political factions try to push issues in front of the Supreme Court. Multiple times, if the Supreme Court seemingly didn’t want to rule on something controversial they’d look for a way to challenge the parties’ right to even bring the suit rather than deciding on the merits of the case.

I generally agree with the hosts of ATP that it would be good if Apple finds a way to sort this out without it going to a legal remedy, mostly because the government tends to make very dumb, uninformed regulations when it comes to tech.

I’d like to know how much Epic charges to third party developers on their (almost unused, afaik) store…

12%. They are going hard after Steam’s comfortable 30% as well, just with a different strategy.

Would encourage you all to see Epic, not as a silly kid’s game, but as a company run by a very intelligent and respected programmer, sharply critical of his industry, with the money to do something about it on behalf of less fortunate developers.

Would encourage you all to see Epic, not as a silly kid’s game, but as a company run by a very intelligent and respected programmer, sharply critical of his industry, with the money to do something about it on behalf of less fortunate developers.

I do see them as a company (a well and long established one); still I don’t see the helping less fortunate devs part.

I downloaded the complaint and will post some thoughts on how this might shake out, or at least what the key issues are likely to be.

The way they see it, smaller developers‘ livelihoods are hurt by having to pay 30% to Apple, Google and Steam. Tim Sweeney sees Epic as in a position to push the market to net developers a higher percentage of their sales because of their market power and his personal untouchability (personal wealth plus inability to be booted from Epic by Tencent.) Developers who have not done so well have no chance to change the terms they are given.

I’m learning iOS development. If I ever release an app, I will be more than happy to pay 30% to Apple. That’s how we keep quality/security in the App Store.

Have developers really complained in force about this issue somewhere? Or is Epic “solving” a problem that is not particularly problematic?