Are we over-criticizing the 720p webcam?

Honestly, is the 720p webcam really that bad for what most people do? The Apple Silicon Macs seem to have improved on the quality.

Are we over-criticizing the 720p webcam?

I thought the 720p Macbook webcam to be underwhelming as well just based on the spec without any personal experience, but is it really? This video was quite a surprise for me. And considering how most of us are video conferencing into an almost...

honestly, the webcam is the least important part of my computer. do we really need to look like models when we zoom?

The only people chirping about it are YouTubers and podcasters (sorry to lump everyone together like that). John Q Public doesn’t care as long their Zoom calls work.

The cameras in the current crop of Mac notebooks is really, really bad, but it has nothing to do with its resolution; 720p isn’t great, but it’s fine. The picture quality from the camera in my Air in light other than ideal is exceptionally subpar, to the extent that people have commented on it when I’m in meetings.

do we really need to look like models when we zoom?

Since March, Zoom has limited “HD” to 720p except for a few business customers and 1:1 meetings. This is clearly stated on their support web page.

I’m guessing that list of businesses is very, very small. Meaning that most people aren’t getting more than 720p anyway. With a 1080p webcam, you may look better… to yourself… but you probably aren’t going to look any better to anyone else.

Want to actually look better? Make sure that you have plenty of light coming from the front/side, and not from behind. Definitely don’t sit anywhere that will show a lightbulb behind your head. Don’t sit with your back to a window.

Who else saw Gruber and Joanna Stern on CNBC when the topic of the quality of the M1 webcam came up? Watch the video and see which you think looks better. Can you tell the difference? 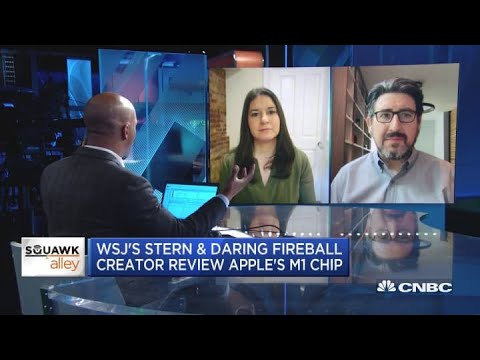 I’ll be honest, even before I knew who was using what, I thought they looked pretty equal, but if I had to pick which one was better, I would have picked the “wrong” one.

There are lots of factors that go into the final result. The resolution of your webcam is only one of them.

Want to actually look better? Make sure that you have plenty of light coming from the front/side, and not from behind. Definitely don’t sit anywhere that will show a lightbulb behind your head. Don’t sit with your back to a window.

All of this. The camera’s fine in decent lighting.

Also, check the angle of the screen to your face - many of the so-called “quality” issues are down to horrific distortion from people peering at the camera from odd angles (and too close)

If you’re conferencing from a dimly lit room with a handful of people who have iMacs with 1080p cameras in well lit rooms, then yours will look markedly poorer.

Most importantly, what are people doing on video conferences that they need their pictures to be great? A stuttering picture due to poor bandwidth is going to make things far, far worse than a “subpar” picture quality.

I regularly have to chat with (new) clients via video chat right now and a bad camera image simply dampens an otherwise potentially good impression. It sure doesn’t impact the quality of my work, but it has an aftertaste.

Someone I know, who works in hardware engineering as a business and strategy consultant, who has to evaluate whether establishing year/decade long supplier contracts or starting ventures are worth it, uses the “bathroom” indicator as one of his measures. If the company is well off even the bathrooms of the shop floor will be clean, tidy and overall in a good condition. He told me that he’ll make up excuses just to see them to not be fooled by the fancy facade ones in the visitor center or main office.

Somehow the webcam debate reminded me of that story.

The resolution is less important than the quality of the camera. The big reason I went to a Logitech webcam rather than the internal one on my iMac was because my office has a large window to my left, making one side of my face much brighter than the other. The better camera in the Logitech does a much better job dealing with this than the one in the iMac. Throw in an Elgato Key Light Air to add some light to the side of my face away from the window and I no longer have to close my blinds every time I do a video call.

I ended up getting a Logitech too for pretty much the same reasons, once they became more available again. To be honest, it’s quite disappointing that a CAN $6000 MBP has such a poor camera. It’s like a Ferrari with steel rims.

What about the M1 Macs? Dont they have much better webcam quality due to the neural engine?

I regularly have to chat with (new) clients via video chat right now and a bad camera image simply dampens an otherwise potentially good impression. It sure doesn’t impact the quality of my work, but it has an aftertaste.

Blame bandwidth issues for that one.

Good points all around. Thanks guys!

I don’t have an M1 Mac, so I can’t comment on the perceived image quality of their cameras in my home office. I’ll amend my comparison though, and suggest that on the M1s the cameras are like steel rims on a Ferrari, but with fake alloy covers

FWIW, I’ve taken to using my iPhone 7 with Reincubate Camo as the 1080p Webcam on Zoom meetings. The picture from the built in 720p Webcam or the Camo feed can also be further modified using iGlasses from Ecamm to limit the field of view (FoV). This is my biggest complaint for the built-in 720p cameras on the MBP … their FoV is too broad for single-person perspectives in meetings. Perhaps either or both of Camo and iGlasses would be a worthy investment for someone instead of buying a dedicated Webcam.

In the meantime, I am searching for a suitable soft-light source to help during the evening meetings where the overhead light from the room just does not do well enough. Ideally, the light might mount (gently) at the top of my 27in monitor where I now focus myself during my meetings.

Also, aside from the light bulbs behind you effect, take care about the glare off of pictures effect too.

Having watch TV for decades at 480i, what’s there to complain about 720p?

Having watch TV for decades at 480i, what’s there to complain about 720p?

I often watch YouTube videos in 480p because the cellular connection on my iPad Pro is poor.

All I could think of was Apple Glass. 720p resolution plus the image processing of the new M1 MacBooks result in good-quality images for Zoom meetings, as long as the lighting is good and subject positioning is adequate. Avoid the situation in which the camera points up your nose. The camera should be at eye level.

No one likes to listen to a speaker who sounds like he or she is speaking from the bottom of a well.

As long as you can hear what the subject is saying, do most people even care?

Yes, I think they do care, at least in companies where decent audio is the expectation. At my company, people with “bottom of the well” audio are asked to fix it if they’re speaking for much of the meeting.

Also, people with worse audio have difficulty communicating unfamiliar words or proper names. Those listening may assume they heard correctly when they didn’t, or politely not comment, but not seriously engage with something they aren’t sure they understood.

That said, AirPods, etc., are good enough to avoid these issues, in my experience. A dedicated mike is nice, and helps when other participants have poor audio setups (old conference room equipment, etc.) but isn’t required.

Low quality audio can be fatiguing to listen to for long periods.