*** EDITED 05/16/2022 5:22 pm U.S. EST ***
Problem resolved. Just after I made this post Apple released macOS 12.4 and and Studio Display update. These installed in about 30 minutes (a new record, for me at least). Brief tests with changing the sound output in System Settings reveal no audio problems!

It appears that Apple engineers monitor the MacPowerUsers forum and solve user’s problems in less than an hour!!

Either that or a very timely coincidence.

Feel free to ignore the rest of this post

For the last few days I have experienced audio trouble with one of my two Studio Display monitors connected to a Mac Studio. Video is fine but the audio cuts out momentarily on Display #2 every 30 seconds or so, usually with an audible “click” sound. This occurs with any sound source - playing music, streaming video, etc.

(Note: An easy temporary fix would be to move Display #1 to the left side and move Display #2 to the right position. That would require taking down and reworking my cable management because of the non-removable power cables. Both power cables would have to be re-routed through the respective monitor arms. And this would require moving the desk out from the wall … and so on. While I love the Studio Displays, I despise the design of the non-removable power cables.) 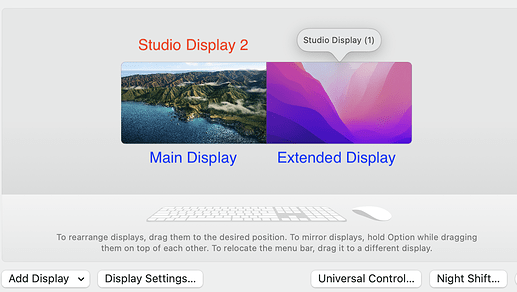 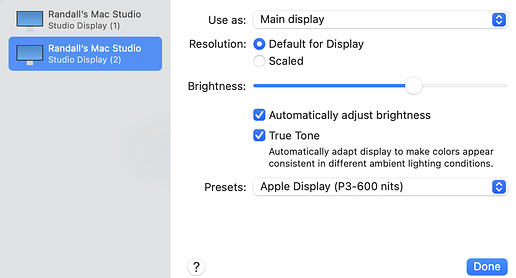 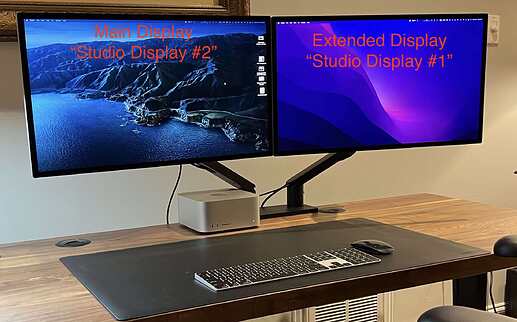 I didn’t have this exact problem, but when I’m watching video in a Safari window and make that window full screen, the Studio Display audio cuts out. I have to either, switch to the MacBook speakers or take Safari out of full screen mode. Weird behavior.

@jcarucci - see my edit to above post. My problem was resolved by the macOS 12.4 update and/or the Studio Display update today May 16.

Thanks, how do you update the Studio Display update? Is it packaged along with the macOS update?

i skimmed your post, and didn’t see, but before the macOS update, did you try unplugging and replugging the display’s power cord from the wall? I’m just wondering if it was the macOS update that fixed it, or the restart. I had the same issue last week and rebooting the monitor by unplugging/replugging fixed it.

… did you try unplugging and replugging the display’s power cord from the wall? I’m just wondering if it was the macOS update that fixed it, or the restart…

Unfortunately no - but I should have. Thank you for making that point.

And it also points out that there are only two ways to “reboot” the Studio Display. 1) Physically unplug the power cable - or 2) Wait for Apple’s update to appear.

Sometimes we get so involved in the details that it’s easy to lose sight of the big picture. At one point it appeared that the audio trouble emanated from streaming YouTubeTV content on a web browser, leading me to suspect a problem with YouTubeTV or perhaps with Safari. Many troubleshooting steps to isolate the problem eventually pointed to the Studio Display itself. Alas, I neglected to try the simplest fix of all … but I’ll remember next time.

Glad to see the monitor receiving updates - my order is a few weeks out still.

Now for a challenge: set up the two Studio Displays as a stereo pair