The only two apps that I know that can do audio/video editing on the Mac are:

Is there anything decent in-between, or do I just need to bite the bullet?

Start communicating more effectively. Check out Camtasia, Snagit, and TechSmith Relay. Visit the site to learn, buy, and get support.

I think I saw that you had an iPad somewhere on this forum?! If so, LumaFusion ($20) and is the perfect sweet spot between iMovie and final cut.

Mac: Adobe Premiere Elements ($100). But FCPX is just such a bang-for-the-buck product for the $300 price I’d probably recommend anyone doing more than a handful of videos to bite the bullet and learn it.

I’ve heard people online recommend Camtasia, but I have no experience with it, don’t know anyone who’s used it. If you need more power than iMovie, Shortcut is a free, open source, cross-platform editor. But I hear it has quirks and almost as much a steep learning curve as FCPX.

Check out Davinci Resolve. It might fall into the overwhelming category, but the base features are free and may be enough for what you need.

I do have an iPad, but I was actually asking because my son is looking for this, and his iPad is very old and creaky.

FYI it seems Apple will soon be offering a 90-day free trial of FCPX: 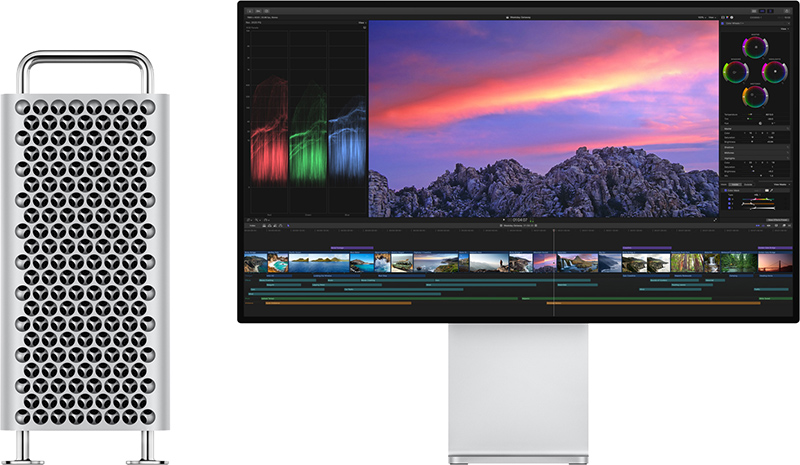 Also, for $100 less than the retail price of FCPX, you can get an edu-deal that includes final Cut Pro X, Logic Pro X, and related apps (Motion and Compressor for FCPX, Mainstage for Logic).

Also, for $100 less than the retail price of FCPX, you can get an edu-deal that includes final Cut Pro X, Logic Pro X, and related apps (Motion and Compressor for FCPX, Mainstage for Logic).

Hrm. I wonder if they offer that price to non-profits. Never hurts to ask, right?

Is your son a student?

He is. A junior in high school.