Beware external drives that are too good to be true

Continuing the discussion from 654: Data Storage in 2022

I thought this deserved its own thread.

People are selling external drives with ridiculously high capacities for ridiculously low prices. Like 30TiB for $30.

In fact, what they are is some small amount of storage (maybe a1GiB USB stick), with firmware hacks that report it as larger capacity.

Data saved to the drive just overwrites itself.

I didn’t know this was a thing until I saw a Twitter thread about it. 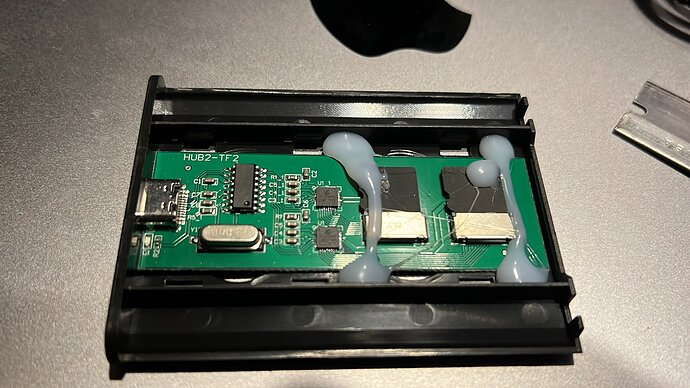 “Too good to be true” is a good rule of thumb.

Data saved to the drive just overwrites itself.

This has been going on for ages and I believe it started with fake SD cards claiming to be of a larger capacity via a firmware hack where in reality they are just 16 GB or less, about a decade ago market was flooded with 512MB SD cards faked to report larger capacities. Some of these are even branded more or less properly and look remarkably convincing. Be careful when buying from non-reputable sellers or shops. If it looks too good to be true, it’s probably fake.

There are lots of videos about this on Youtube, especially fake SD cards. But there is this from a guy I like talking about fake SSD drives: Fake SSD Scams (Worse Than I Thought) - Krazy Ken's Tech Talk - YouTube

This has been going on for ages

I was really surprised I’d never heard of it.
Looked at a drive on Amazon two days ago and reported as being “mislabeled” or the equivalent. Didn’t dawn on me it was a scam.

Looked at a drive on Amazon …

I try to avoid Amazon for electronics purchases for this reason.

Wow, I wasn’t aware of these scams! Thankfully, the 2TB external hard disk I recently purchased was through Scan UK, which I’ve bought from in the past and trust to deliver what they advertise.

This is fairly common with USB flash drives as well.

I try to avoid Amazon for electronics purchases for this reason.

Interesting!
I rather buy, for exact the same reason, stuff like that almost only on Amazon (not the Marketplace!).
If something is wrong with the delivered stuff, I just hit 2-3 Buttons on their website, and the next day it is picked up again on my Door, and I get the money back the same moment it is scanned there.