Well, we all knew it was coming:

I’m keen to wait for other brave souls to try it out before putting down $260 CAD on yet another keyboard.

I’m going to stick with Apple’s Smart Keyboard. It is light weight and works fine. If I want to use a trackpad I’ll use my MBP.

Me, too. I tried the Brydge with my previous iPad Pro. I wanted to like it, since the keyboard was fantastic. But it made the machine too heavy, and I couldn’t get it on and off quickly.

For the new machine, I went with the Smart Keyboard folio. I can have it on or off as needed in about two seconds.

I just bought a Brydge and wish I had waited. I’m glad I have that type of keyboard if I need it, but I too switched back to the Folio Keyboard for daily use. It was the weight that was the primary factor, but also ease of use going into tablet mode. I frequently switch my form factor.

Lighter than the Brydge keyboard, but has more stable reliable Bluetooth connection to iPad Pro than Apple’s keyboard that depends on on-again off-again triple metallic contacts. I also like the following Logitech features:

I like that Apple added mouse/trackpad support in iPadOS 13. I mainly use it when doing live demos and creating screencasts so that I can point to things on the screen. Though I sometimes use my mouse (Logitech MX Master 3) when doing my day-to-day work. Being able to assign buttons to specific iPadOS features adds a level of convenience and efficiency.

It will be interesting to see how much customization is possible with the integrated trackpad on this new Brydge. While it’s probably not for me, I could definitely see it appealing to people who use their iPads as a laptop replacement.

I’ve used a regular trackpad with iOS already, and unfortunately it’s not a great experience. You can only point and click - if you use a mouse then you can assign different buttons to different functions (show the assistive touch menu, open control center, etc.) which makes it feel a lot more useful. I’ll be sticking with my Logitech Anywhere 2S

You have connection issues with the smart connector? That’s interesting because my Apple Folio Keyboard has been 100% rock solid.

I didn’t have connection problems, but my smart folio starting having flakey keys after about 14 months of use. I switched to a Brydge and really like it. I enjoy typing on it more, but it does add considerable weight. Unlike some others, I normally use my iPad in “laptop” mode, so it isn’t a big deal.

As Jason Snell noted in his review - and he’s had a prototype since the summer - it’s somewhat premature as Apple hobbles the capability of the trackpad, which relies on a hack to (somewhat jerkily) simulate the (bowdlerized) capabilities Apple permits mice in iOS, resulting in a ‘rough’ implementation. One hopes that Apple will loosen up on the ability to select text, for instance, but who know if or when they will? As Snell notes, "I don’t recommend that anyone ever invest in hardware in the hope that it’ll eventually get better when software updates roll out."

Word of the day. Nice!

Too bulky for me and detracts from what the iPad is about (for me). Something light and portable. Smart Keyboard for me. I think it’ll be a few years until we get good mouse support so maybe revisit then.

But I have the new 11” Brydge keyboard on order. Obviously the weight of the two iPad keyboards is not a blocker for me, but after trying and returning a Brydge this week (!), I find I prefer the rubber (soft) edges and secure pencil holder of the Logitech for general use and portability.

However, I recently started having stuck CMD key issues with my Logitech k/b (which is why I took a look at the Brydge in the first place). The new Brydge I shall use on a home iPad, so no worries about losing Apple Pencil, or portability. I shall just use it in certain locations at home.

I do like the Brydge feature of lying flat on table, and also the reduced requirement for clearance behind the iPad (since it has a hinge, rather than an a-frame stand of Logitech). And I found the Brydge keys slightly crisper. No definite opinion on which keys I preferred long-term though. So I shall get a better read when I use the new Brydge keys long-term.

I am disappointed to hear the new Brydge trackpad may be glitchy or stuttery though. I shall track this thread, and try to remember to report back here after I have had a chance to use the new Trackpad Brydge.

Does anyone if this is compatible with all generations of the iPad Pro, or only the most recent?

Too bulky for me and detracts from what the iPad is about (for me).

That’s like a vegetarian complaining about a serving of prime rib. It’s not for you.

Does anyone if this is compatible with all generations of the iPad Pro, or only the most recent?

I used the Brydge Keyboard when the iPad was my only travel device, but now that I have a MBA as well as an iPad, it was too mugh weight for me.

I can’t tell you how many times I’ve reached for the “phantom” trackpad on my Brydge. When perfected, I think it will be a great addition. I’ve only had the previous version about 6 months, though, so I’ll be waiting a while.

Pre-orders up starting today, delivery end of February (first 500), or end of March:

I think Jason Snell gets it 100% right in this article posted today: 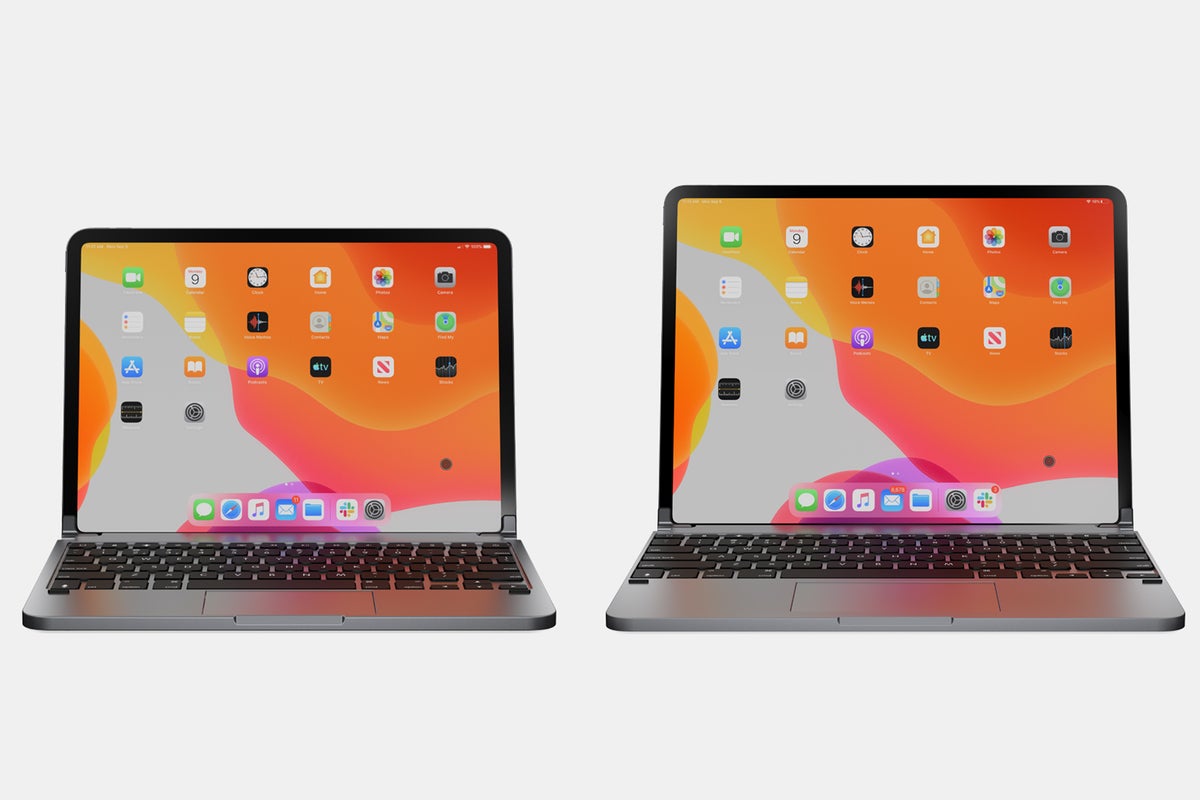 Why the iPad needs to embrace mice and trackpads

Support for external pointing devices in iOS 13 is very much a first draft. In doing so, the platform could reap some surprising rewards.

I see that Brydge will be offering a trackpad as a standalone product. This should be a good addition for those of us who bought the latest trackpad-free model.