Budget "travel" laptop thoughts - possibly something other than an M1 ....?

This is mostly troubleshooting stuff. So I need a solid SSH client to access servers, some way to access my IMAP email on the laptop (Fastmail if it matters), at least one browser that’s not Safari (nothing against Safari - but for web dev it’s not as common of a design target), and maybe a decent code editor - although I could totally do Vim on the server if I had to.

I used to have an iPad Pro 11", and that had the keyboard accessory for Prompt - but now I’m down to an iPad Mini for comfort reasons, and that’s a little small of a screen for me to be modding detailed server stuff. And honestly, the tablet SSH interface left something to be desired.

Right now I carry a 15" Windows laptop, and it works fine - but it’s a battleship. I swapped out the spinning drive for an SSD, so it’s not slow or anything. It does however make my backpack less comfortable to carry, and adds significant weight. And for “I hate having to remember to bring things” reasons, it lives in my backpack. Which means that it’s always taking up the space and adding the weight.

Hoping for something smaller and lighter. And I know an M1 Air would work well. But an M1 Air is also $900.

I see that the base model Surface Go devices are comparable for size/weight, but they’re within $200 of an M1 and it feels silly at that point to be carrying a non-Mac device.

I’ve never used a Chromebook, so I’m not sure if that would be a useful alternative to consider.

If you were in this situation, is there any option that you’d be considering other than the M1 Air?

I’d go for an older Air. Possibly a 11’ even, if I could get a decent config on it, if the goal is just to do occasional remote work and have something ultra portable.

Is there a generally-accepted “best place” to buy used / refurb Mac stuff?

I think it really depends on your country… In the US, I keep hearing ads for Gazelle?
Otherwise, I think reputable stores that have online marketplaces are not the worst bet you can make.

I think your locally synced IMAP requirement will rule out Chromebooks. There may be some clever third-party app that can do it with a PWA feature, but I don’t know if I’d rely on it for referencing critical emails at work. Otherwise, enabling Linux development environment would work fine for making it a trusty terminal client.

Last summer I bought a used 2015 13” Air for a decent price. Used it as my primary computer with a Thunderbolt Display until I got my 24” iMac. It now serves as my travel computer though probably 90% of my mobile needs are met by my iPad.

Do you think having the upgraded RAM is important on the 2015 for my use case? Or is the 4GB fine for some light browsing and server work?

For the kind of work you’re describing, I’d seriously consider a cheap Chromebook. I bought this one to experiment with back in May (some of my students use Chromebooks, and I wanted to be sure I had some familiarity for troubleshooting purposes).

Enabling the Linux development environment allows installation of any app supported by the architecture. Installing VSCode and Firefox (ESR) was easy. I ran into issues with some applications — Zotero and Thunderbird — but that’s because the machine I bought runs on an ARM chip. Both should work fine on an Intel system, and I think Thunderbird allows local sync (someone please correct me if I’m wrong).

Edited to add: PuTTY installs fine, too, even on ARM.

Perhaps more expensive than you’re looking for, but I purchased a Samsung Galaxy S Book (Intel) during the Amazon Prime day sale, and it’s an excellent piece of kit. Would do the job. Half the price of an M1 MBA, though that might have been the sale only price and it’s lighter and thinner. I’m amazed at how much it actually weighs!

I wouldn’t pay the RRP for it though - it’s worth it, but I’d be buying the MBA if I was spending that money. I wanted a Windows machine for a few specific reasons when I’m away and this suited the bill.

If you were in this situation, is there any option that you’d be considering other than the M1 Air?

**Edit: oops I didn’t realize you were looking to spend less. disregard this.

My two cents: just keep the potential keyboard issues in mind when buying a recenr-ish refurb

I would be leery of going with 4gb. Mine has 8gb and at home with the big screen I would see the memory pressure get too high. On the road I tend to be a unitasker so memory isn’t quite as important.

The Air I bought only had a 128gb SSD so I upgraded it to 1tb. Even then my total cost was less than $500. That’s one reason I like the 2015 - the SSD and battery are user replaceable. Also no butterfly keyboard.

You could pick up an older Surface Pro device. They don’t hold their value as well as MacBooks so they are very affordable. And the experience is absolutely sublime lack of macOS notwithstanding. I have an 11" MacBook Air. But the low-density resolution is just too punishing. Using VSCode on it is like doing it with horse blinds. The 13" MBA would be more utile but still limited, and needlessly bulky, even if sufficiently non-bulky. On the other hand, Surface devices are tiny, and all have high-density displays that can fit a real amount of desktop real estate in a pinch if you scale the UI down. Disqualified from my recommendations of course are the 12" MacBooks and older retina MBAs that do have high-density screens but also have high-suicide rate keyboards.

You might be able to find something refurbished. I believe it may knock a hundred dollars or more. Mac website has them. Just do a search.

I have a new 2020 MacBook Air and I just love it. I believe the screen is about 13 inches. It is lightweight but if you are traveling it would probably start feeling a wee bit heavy.

Every inexpensive Chromebook I’ve used has a crappy keyboard and display. Every nice one approaches the price of an M1 MacBook Air.

Fastmail does have a nice web interface though. 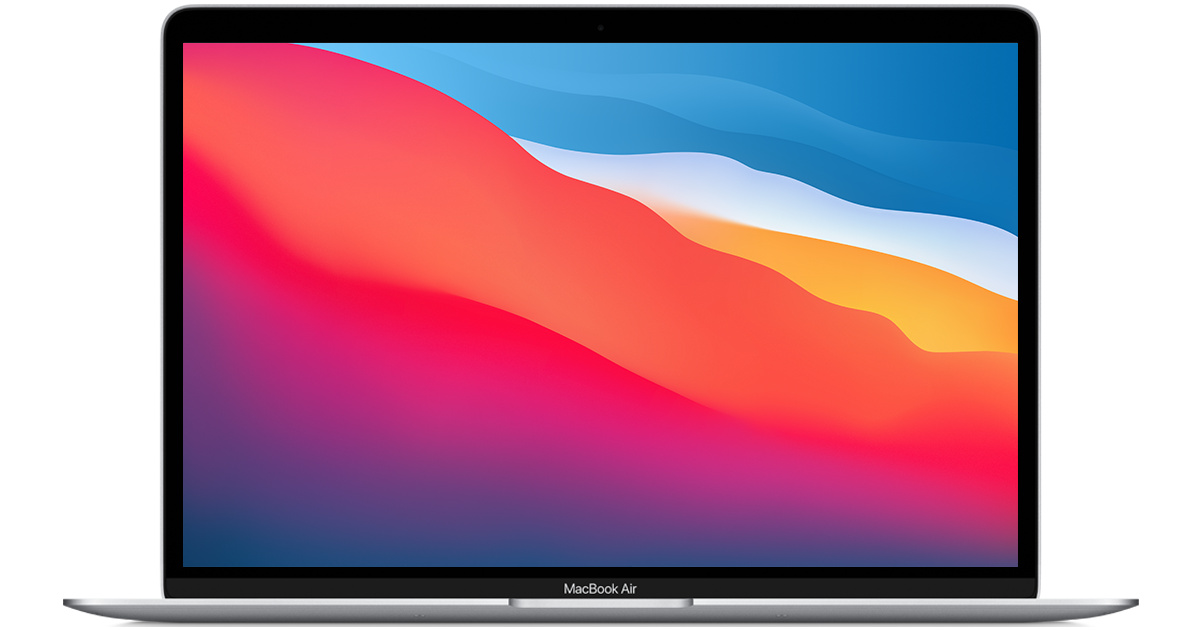 I also suggest a used 11" MacBook Air. Mine was my favorite laptop of all time. I really hope Apple releases something like it again.

Found in France refurbished MBAs 11’, 8 Gb RAM, 512 Gb SSD for around 400-500€ on a reputable platform. Even though I swore I would wait until the new M1X 14’ MBP, I almost pulled the trigger for a mobility machine. This MBA is so cute. I think that’s the kind of deal you would be looking for.

@rbender The 13’ MBP seems to be only slightly larger. But I agree, having a smaller Mac is awesome.

I figure the 4GB will potentially be a problem if I get too crazy with the multitasking, but given that this is mostly an “emergency” computer I think it’s going to meet my needs.

And at some point down the road once the M series evolves a bit more I’m sure I’ll get sucked in by the new shiny and have one of those - but this meets my needs for now.

Thanks for all the help everybody!

Gee, I just bought one full priced! At any rate, it is one terrific machine. I just LOVE it!