In my latest bout of insomnia, I discovered that Bundlehunt has their “award-winning” Mac bundle with Little Snitch, Typinator, EagleFiler, and more… it’s like Christmas in March!

I had bought TextSniper from them in the past, but it didn’t live up to my expectation. I contacted them the same day for a refund, and never heard back (on email, FB, Twitter). Plus, they were asking me to download the DMG from their website which felt shady to me later (was new to mac back then). I’d only trust official store for apps DMG (and license) which I give all the important permissions (keystrokes, screen recording, network filters, accessibility). For me, never buying anything from them.

You experience might be (or would have been) different.

Bundlehunt’s FAQ explains that “all sales are final” (no refunds), and that the software they sell at a discount comes with developer approval and licenses from the developer. It also explains that trial licenses for everything Bundlehunt offers are available from the individual developer sites. This all seems reasonable to me. I don’t buy bundles anymore – I always ended up with stuff I never used – but they can be useful cost-savers for some.

Thank you for mentioning this.

“Our” Software of the month (well, last month), Typinator, is available in this bundle!

Anything else I should grab when already paying $5 to unlock the bundle?

(I already bought Little Snitch, iMazing, Cookie, ForkLift, and EagleFiler using previous deals and I can recommend all of them)

Is this site legit? How do they handle licensing from all the unrelated developers/apps that they claim to represent?

Hi @pantulis
I am considering Mail Archiver X. I also have a Google Workspace account. Could you please explain what you mean by no luck with it and “access to less secure apps” ?

Is this site legit? How do they handle licensing from all the unrelated developers/apps that they claim to represent?

Yes, it is. They sell licenses from all kinds of developers at a bargain. Marketing. I bought a copy of Roxio Toast Titanium for $11 in June 2021. No issues.

P.S. If somebody owning an iDevice has not bought iMazing so far… It might be interesting.

undlehunt’s FAQ explains that “all sales are final” (no refunds), and that the software they sell at a discount comes with developer approval and licenses from the developer

Sure, but when I am buying something, I won’t go into the FAQs to look at all these details. They should be putting that on the product page. I don’t see that even now (opened this random product). Selling something at a lower cost, doesn’t mean they can justify no hiding important policies.

Second, they should still be responding to customer queries, even if their “hidden” policy says its not refundable. That’s customer experience. That gives me a slight impression, that if I buy something, and my key doesn’t work, I won’t be hearing back from them. Alfred, KM, Little Snitch have excellent customer service and help out over any issues within 24 hours over email.

Thirdly, their site seems busted. I searched Typinator, and it doesn’t show.

All these signals, don’t give me confidence to even buy a $2 app from them. Again, people might have had different experience.

It does not support IMAP + OAuth for authentication, you need to create an application specific password in Google (it won’t display Google’s own login page as Mail.app, Thunderbird, and other mail clients do). This “application specific” support will be deprecated by Google in the near future, I believe. 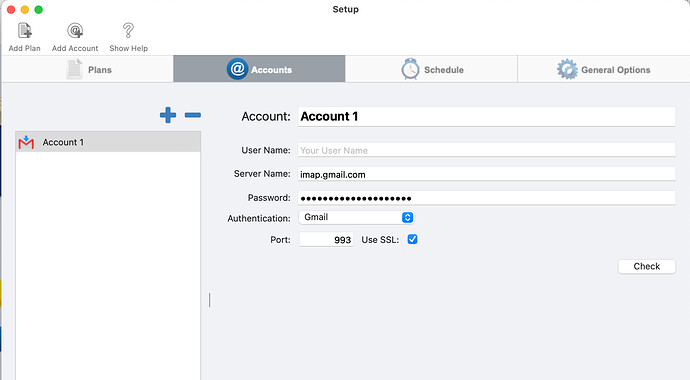 FWIW, the only “negative” experience I had was when I purchased Toast 19, and then but a few weeks later Toast 20 was on their site. I asked for either a refund, exchange, or upgrade fee… they responded no to each, quoted their policy (which I knew in advance) and that was that. I thought they were friendly, courteous, but succinct… and, as it was, I bought 20 anyways, which was cheaper than the upgrade offered through Roxio… otherwise I have purchased a lot of apps through them without an issue…

Plus, they were asking me to download the DMG from their website which felt shady to me later (was new to mac back then).

You can go download the official DMG of whatever version you purchased if you want. BundleHunt is usually just offering it as a convenience for purchasers.

Sure, but when I am buying something, I won’t go into the FAQs to look at all these details. They should be putting that on the product page

FWIW, I’ve found that the best mental framework for looking at software purchase is that it’s completely non-refundable unless explicitly stated otherwise.

I would agree that they should at least reply to you to tell you’re out of luck though.

That said, I did manage to get a refund from them for software once that just outright wouldn’t install.

How do they handle licensing from all the unrelated developers/apps that they claim to represent?

They have some back-end magic where they communicate purchases to the devs, and the devs issue licenses. I’ve emailed devs directly at a later date about software I bought from BundleHunt, and they never have problems finding license codes or anything. And I’ve never been treated like a second-class citizen because I bought it through BundleHunt.

My only caution is that a lot of apps have confusingly-similar names and icons. BundleHunt doesn’t ever outright misrepresent things in my experience, but always double-check what exactly you’re buying before you buy it.

Thank you. So I suppose the way to use it then would be to have a client download and then archive from the client.

Yes, but for that matter I think I’m basically covered with Eaglefiler too. 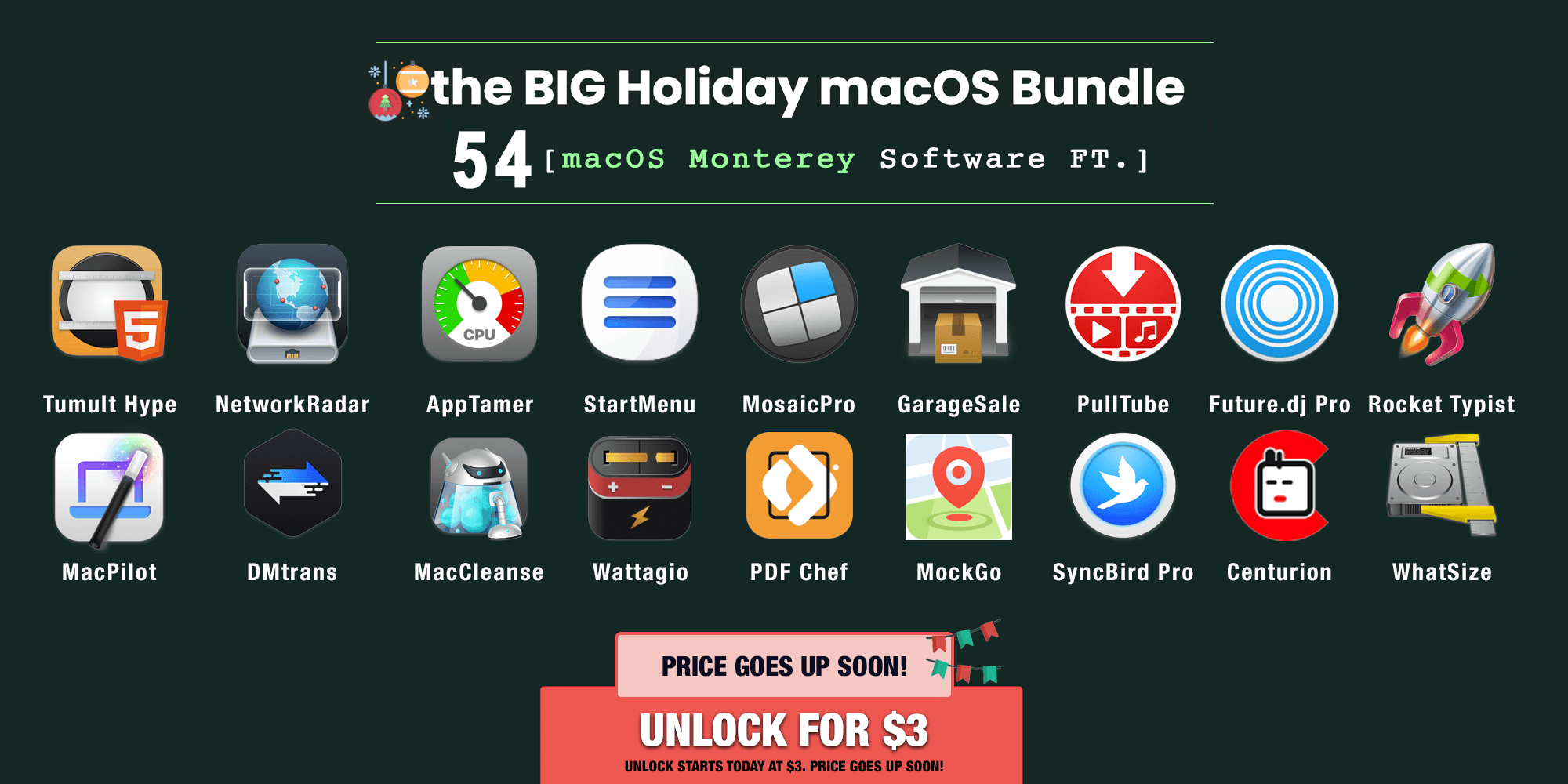 I took the offer to get Toast Titanium 20 Pro for $19.99. It does not happen often, but sometimes I still have to burn a DVD or a Blu-ray. And 20 bucks is better than 120 bucks or whatever the normal price is.

Why do you need an extra App for that?

Blu-ray - there might be a way to create Blu-ray movie discs on the Mac of home video. No idea. Apart from that: ease of use, comfort, just because.

What are you using to author Blu-ray discs? Might give it a try.

I burn everything with the Finder.

Yeah, authoring video Blu-ray discs with menus and a movie on it is nothing the Finder can accomplish. There is not much software on the Mac that is able to do so. Toast Pro is one of the few capable doing so.

The only one I might get is reflector. Does anybody have experience with the data recovery app? It says it retails for $299.