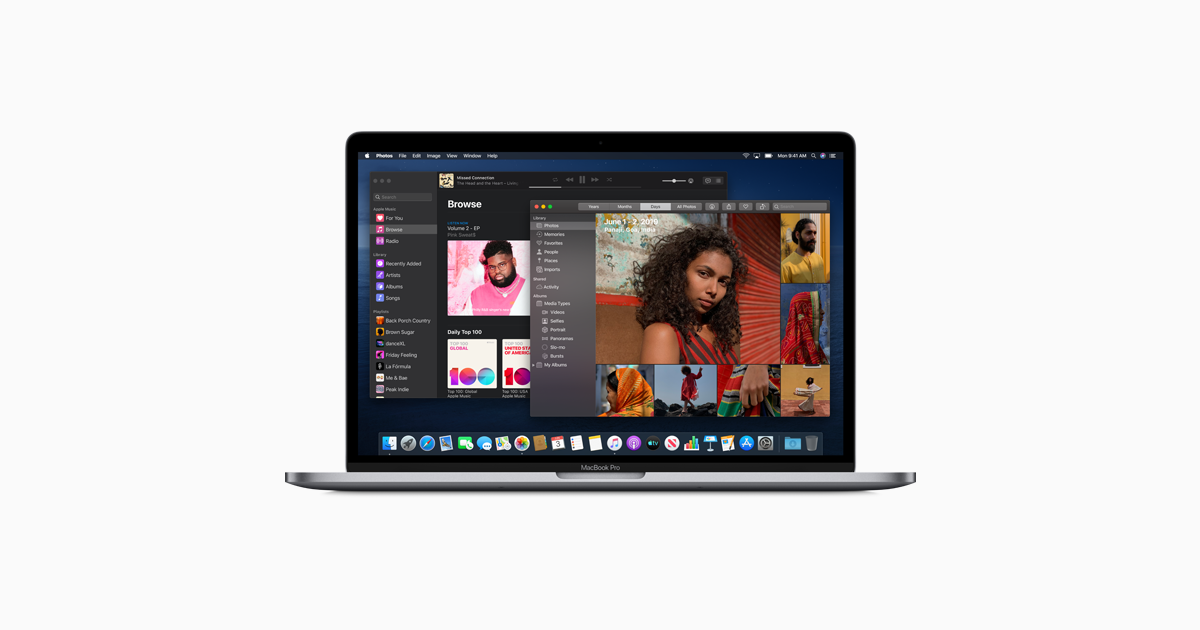 All the features and improvements in macOS Catalina for Mac.

The long list. Reminders seems to be positioned as more of a task manager than before. All the changes to Notes are welcome.

When I saw the name wasn’t going to be Joshua Tree or some other Mojave site (MacOS 29 Palms haha), I figured there was gonna be a lot new.

Mostly known issues but also some interesting deprecations - built-in python, ruby, perl are on their way out (!) but not for a year.

zsh is now the default shell!

I’ve been using it since 1991 on NeXT and now I’ve not only watched Apple adopt my OS but my shell, too!

I suspect that this has less to do with zsh being awesome, which it is, and more to do with the fact that bash is GPLv3 so Apple can’t include the most recent version of it, but one big benefit is that zsh has a super-helpful mailing list (yes, those still exist) at http://zsh.sourceforge.net/Arc/mlist.html which you can use to get help if you need it.

I have no experience with zsh, only Bash, is there much difference? Does it break my scripts?

/bin/bash won’t be removed; it just won’t be the default shell. Any .sh file that uses it will still work.

The Security section troubles me the most with it’s “Dedicated system volume” and read-only and all the other crap they are implemeting that will screw all my scripts and give a lot of trouble to apps that rely on modifying the system. I just hope this will be less annoying than Mojave with its 50 questions each time you launch an app or a script and that you have to enable 3 things in system prefs just to make it work. Yeah the mac has great automation, as long as all your user are pros which are willing to go into the system to allow scripts to run. Not user friendly at all, IMHO.

Thank you for the confirmation.

There’s a great deal of compatibility between zsh and bash, but I wouldn’t expect it to be 100%.

For one thing, zsh arrays start at 1 instead of 0 which is a lot more logical because no sane person starts counting at zero. Don’t @ me.

mac OS’ version of bash is very old (2007) and I wouldn’t be shocked if Apple did deprecate bash in a few years (2-3) although I haven’t seen anything written about that yet, so it’s just a guess.

FWIW, I’d be writing any new scripts in zsh not bash, and I’ve be moving existing ones over as time allows. Not with undo urgency, but it would be on my “to do” list.

For a quick primer on he differences between the two; https://sunlightmedia.org/bash-vs-zsh/

I guess I also have to update some Applescripts, because there the default shell is used with the do shell script commands. I don’t think you can use an other shell with that.

Thanks for mentioning this!
Looks like zsh solves some pain points for me. I’ve previously switched to iTerm 2, and zsh and a config manager (didn’t know there was such a thing for a shell) should complete the package.