Converting old Amiga and PC MODs with a modern Mac

This is probably going to interest zero people, but I’m so happy I managed this and that’s a subject so dear to my heart I wanted to share it in case somebody would like to follow the same crazy path (and if you have a better way to do that, by all means – let me know).

I was a teenager in the 90’s, grew up with the old-fashioned demoscene with Amiga and then PC (actually saw the mythical Second Reality by Future Crew at the time it was released. Nobody knows what the hell I’m talking about? Aaaah.)

I’m part-electronic musician and there are some tunes in that scene I am hugely fond of from that era. Problem is, they were all created using music software that’s all but extinct today: trackers (of which Renoise is probably the only modern survivor). .mod, .stm, .s3m, .it, .xm file formats all had their own quirks and are hard to render fully correctly (especially in 2020 when only diehards not only still care, but know what they are). Some big names re-released their old stuff on streaming services, but that’s the tip of a very, very deep iceberg and many tunes are all but lost to history (I found again some of them on the backwaters of old HTML 3 web pages…)

I wanted to put some of my favorite tunes from that era in my modern Apple Music library, a) for nostalgia and b) for the fun of bridging two vastly different eras of computing.

The software
As mentioned, tracker file formats were almost hacky in parts and musicians did all kinds of weird stuff with them to push the limits of what they could do. So accurate rendering is hard. VLC does open tracker files, but it regularly renders them incorrectly (usually stumbling on pattern speed variations).
Windows has OpenMPT which allows for quick export of module files and reads them flawlessly, but we’re on Macs.

I found that Foobar 2000 does an excellent job of rendering mods. It is more actively developed on Windows but there is a Mac version that works: http://www.foobar2000.org/mac and it seems to be 64-bit (I’m still on Mojave, but Go64 did not raise a warning examining it), so it should work on Catalina.

Foobar 2000 does not have a neat export function like OpenMPT does, so you have to play the modules you want to export and somehow capture the sound output of the app. I’m using Rogue Amoeba’s Piezo for this: https://rogueamoeba.com (of course, if you have Audio Hijack, it works too).

Editing, trimming and fading out endless loops that appear in many modules can be done in any simple audio editor such as Audacity https://www.audacityteam.org (if you use the m4a format, you will need to install FFMpeg, which is very straightforward from the help pages).

Convert to mp3 or AAC using any converter (such as Permute, included in the Setapp subscription)…

And voilà, you’re ready to listen to cracktros from 1988 in full hi-fidelity on your HomePod. And I think that’s very fun.

(If you’re curious, a link to a YouTube rip of the aforementioned Second Reality: https://www.youtube.com/watch?v=iw17c70uJes
Demoscene on Wikipedia: https://en.wikipedia.org/wiki/Demoscene)

I spent most of the 1990s tinkering with a sound sampler and OctaMED, and I had thousands of mod files!

Thanks for sharing this, I’m going to go hunting for some old mod files on Google and give this a go. It’s bound to bring back some nice memories.

Oh man! It sure will. I know it did for me, tunes that were buried in my memory and couldn’t remember but I found myself humming them as soon as they started playing. Happy that could make someone else happy! Have fun

of which Renoise is probably the only modern survivor)

FYI there’s Sunvox and a FastTracker clone too.

And FYI the $2.99 VividTracker app for iOS can load, create and export Amiga Protracker modules.

Amiga, oh yeah! I still have my 1000 and 4000. I loved both platforms, did heavy modifications on the 1000 to get more memory and speed. I did some free lance coding for commodore (nothing big). I was big on the sampler scene and made many for sale, paid for college! Nowadays the amiga looks so hopelessly unrefined next to a mac but i have never had as much fun on a computer as with the amiga.

Thanks, but all those do not appear to open the more recent PC tracker formats (stm, s3m, xm, it). For mods and meds, though, that will work.
I talked about Renoise as being the only modern survivor because tracking as a way of seriously making music on a computer has fallen by the wayside – except for this app, which is very much a “pro” tracking app and could be considered a DAW of sorts.

I know I’m a little late to the discussion, but XMP does a good job of rendering a range of tracker files, and can output to WAV files easily enough. It’s a command-line only tool, but if you’re old enough to remember the 90s demoscene then typing in commands shouldn’t be a scary prospect.

It is installable from homebrew.

Thanks for the pointer! Will check it out and that would be way easier than capturing output in real time.

Not at all. I know a bunch of people who are interested I. The Amiga, not to mention many of the older computers from the 70s-90s

This is super interesting, I also have an old Amiga in a cupboard, don’t have a compatible screen right now, but Im sure I can make it work… But MY bug questions is how can I get my old Octamed tracker files OFF the Amiga onto a PC/mac at all? Doesn’t the Amiga use a totally different file format? I had an internal hard-drive and floppys, but no internet…

Post s message in the Amiga groups on Facebook. The retrocomputing activity for the Amiga is very high

Thank you for bringing up these memories!

This is a way cool topic. The Amiga 1000 was ahead of its times. I get a bit nostalgic watching old episodes of The Computer Chronicles on YouTube. I know of an old TRS-80 in a shed. I want to properly procure it and see if it still works.

The other thing I am thinking about trying is an Apple II on a pi computer.

I am more than the average Commodore enthusiast! My first commercial software was written in AMOS or Blitz Basic on the Amiga, I had a healthy business selling shareware before it all went wrong for CBM.

I still enjoy using their machines.

I fitted a compact flash card for a hard disk in an a1200, and I also have a SD Card reader in place of the floppy drive. The SD card is readable on Macs and the Amiga so swapping files is easy. The “floppy” contains a complete ARM chipset that is connected to a LCD panel to show the status and swap disks, and it makes the ADF files load exactly like floppy disks (using the same controller so the same speed and compatibility).

I used the following hardware, in case anyone want to try, and installing was relatively easy. It felt great when I completed the mods. The hardest part was adding the LCD panel, which involved sawing the case:

This is the finished Amiga:

I have every game and app ever made for the system on SD cards, makes for a great dose of nostalgia when I feel like a game from the past. ADF files load just like floppy disks. I have a working Commodore 1080s as a display, so it’s just like being back in the 1990s, just floppy free!

This is my favourite DIY engineering project of all time. I loved the Amiga, it was my first computer. In 1992, I switched to Apple, after Commodore went bankrupt.

Oooooh this is a beauty.
I remember watching demos for hours on end. I am still converting some of those old modules to enjoy on Apple Music (love the big technology gap!)
Some were true masterpieces.

Maybe someday I’ll try my hand at such a project. Would love to have a fully functional machine with a complete software library!

If you have access to usenet there is a huge 4 volume mod anthology posted:

I play .mod files with VLC on the mac.

My A1000 (as I’ve tended to go on and on about here) is in the garage. I’m kind of afraid to look at it, as any batteries inside may have leaked.
There are a lot of Amiga emulator projects ongoing.

There are a lot of Amiga projects ongoing.

I have the MiST from Lotharek. I love it. My old Wico joysticks work with it. 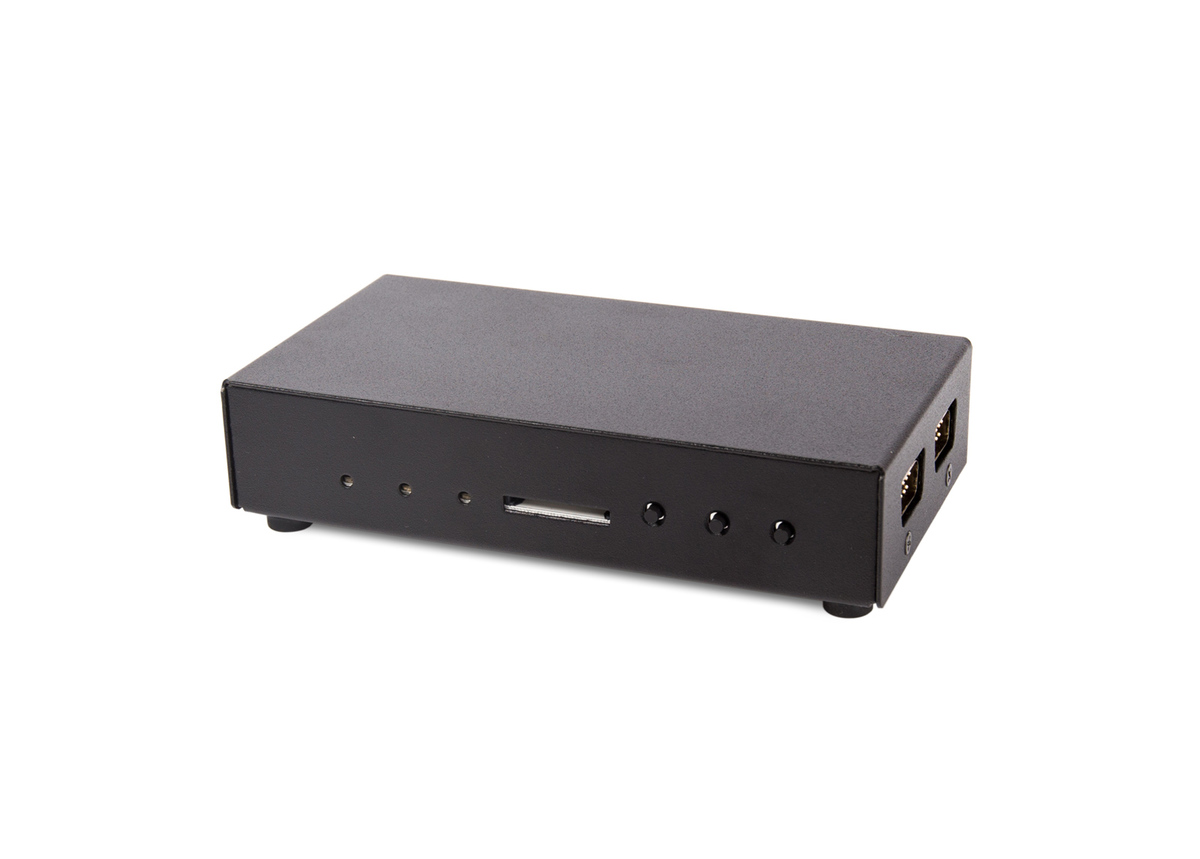 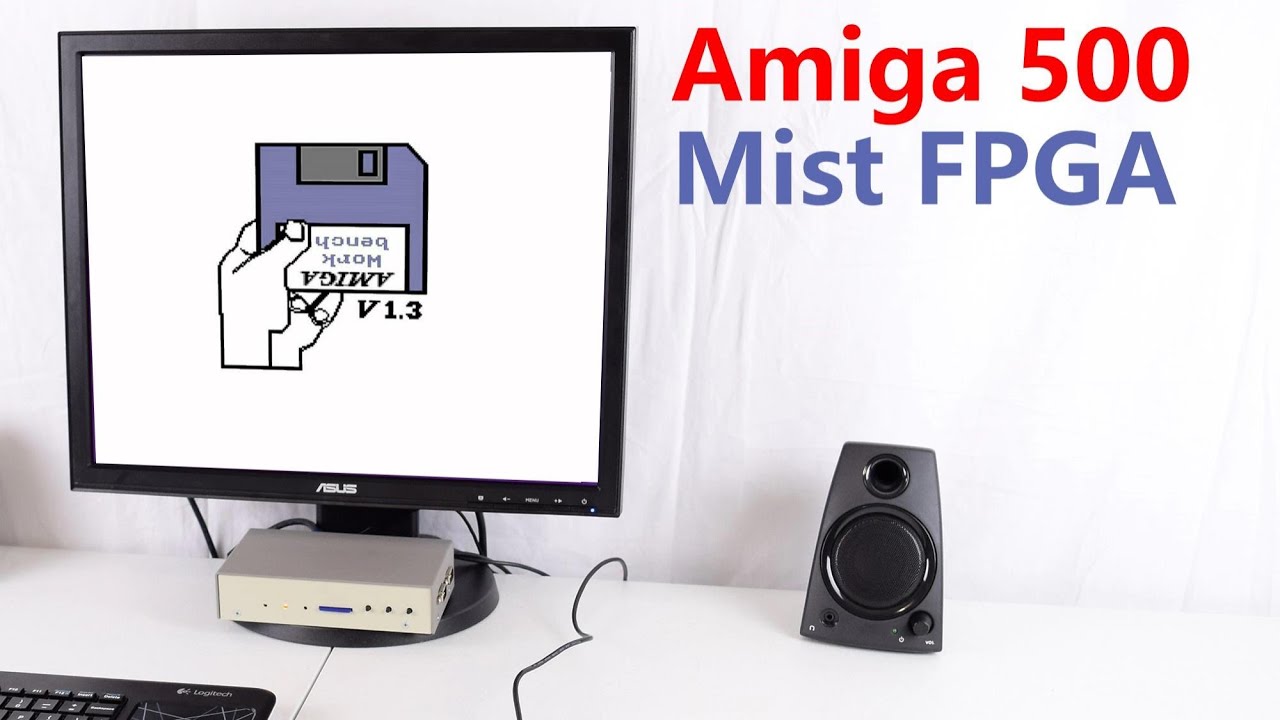 Oooh thanks for that treat. I might have that anthology, I have to check, I did get a few ones some years back!

I started with the Apple ][ (as it is correctly spelled, as we know

) then a Mac Plus, then moved on to the Amiga 500 (upgraded with 1 Mb of RAM! pure luxury!) Then got back to a Mac LC. But the Amiga was probably the machine that gave me the most joy at the time.

Then all went to hell. I wanted to play X-Wing. Thus started 25 years of darkness in Windows land.

VLC does a great job with modules until it finds one with a code it cannot render right. Drives me mad as I know how some demo tracks from back in the day had to be rendered (since I loaded them only for the music). Hex Appeal (by Zodiak) and some Project X tracks are notorious offenders. Foobar 2000 renders them right!