Counting the days until I stop my iCloud use for mail, calendar, files and photo's

I’ve been slowly transitioning my mail, calendar, photo’s and file storage away from iCloud over the past 6-8 months. Not because of the fact that I do not like Apple products, but because of reliability of its services. I still love my macs and iOS devices, I’m just going to limit my use of iCloud to the absolute minimum. (device backup and shortcuts)

Having lost most of my movies stored in iCloud photo’s three years ago due to an error in iCloud, having to re-sort my shortcuts library after every reboot of my iPad (icloud bug in my profile), having files synced only after a few days (if at all) after I’ve created or changed them and having issues getting shared calendars to reliably sync I have had enough.

I’ve been using Nextcloud for files and photo syncing to and from my Synology as a “shadow solution” for months now, and it’s been rock-solid. It’s simple and robust software, very easy to setup and use.

Nextcloud has a good iOS and macOS app, integrates with finder and files apps, and provides a solid calendar and contacts environment. Bonus: it’s completely cross-platform and I can use it anywhere I want, including on my linux boxes.

And if that’s not all, apart from the Synology, which I already used, the whole solution cost me a few Saturdays and around €250 for some 8TB drives and 2 raspberry pi 4’s (as Nextcloud and Off-site backup servers)

Where the Apple hardware has again made massive steps I feel the cloud services are lacking and seem to linger behind everything else in development. So, no, I’ve had enough and will “vote with my feet”

It was quite a problem getting my wife and children to use the “new toys” but as soon as they discovered they could now easily share photos, files and folders with their “green bubble” friends, they were in. (+ Since I’m the one responsible for “Family IT support” they did not have much choice.)

Stepping out of the iOS/macOS services sphere was not easy at the start, it took a while to find alternatives that work as well or better than the Apple solutions, but to me it was worth it, and I’m much happier knowing where my data is, having control of the entire stack and not paying the monthly 2TB subscription fee. The latter I would not have a problem with if the service was solid, but it just was not for us.

It is an interesting approach, but it seems to be a lot of work to implement Nextcloud on your Synology, and it seems you need a sufficient understanding of PHP, SSH, SQL and so on!?
Or is there an “easy” way to install it (Installer doing all that for you)?
How do you integrate Apple Mail into that? While there are Add-Ons for Outlook and Thunderbird, there seems to be also no “easy” solution for Apple Mail?

How has your experience been with Nextcloud file syncing? I’ve heard it’s very slow.

I’ve deployed Nextcloud in a docker container running Nextcloud, Redis (index speed) and MariaDB. It’s a one-click install and I was up and running within 30 minutes. Once up and running you just log in and take it from there.

I have my own email domain (with a German provider actually) and Apple mail integrates well with that, it’s included in Nextcloud as an email client option, but I’m not using that part at the moment

Mine is ok for speed, most important thing is that it’s reliable. I’m working on files myself anyway, little or no cooperation required (though with only-office integration that works very well) so the speed is fine for me.

Usually once I add a file it shows up within a few seconds on other devices.

Nextcloud has a good iOS and macOS app, integrates with finder and files apps, and provides a solid calendar and contacts environment. Bonus: it’s completely cross-platform and I can use it anywhere I want, including on my linux boxes.

I’m finding pricing for nextcloud as if it’s a service but then I’m also findng it as FOSS. Do you have a link to where you installed it from?

I also found the pricing first, and that is just ridiculous…
Sorry, but you have to pay for at least 100 Users…

I’m completely self hosting this, so 0,- license cost

You can use any machine that can run Docker (f.e an iMac) to install it using either the standard docker docker image (Docker Hub) or use the docker compose setup I use — see below —
Of course if you have a vm or machine running linux it can be installed as a native server app.

I use a docker-compose.yml file to build and start the server. 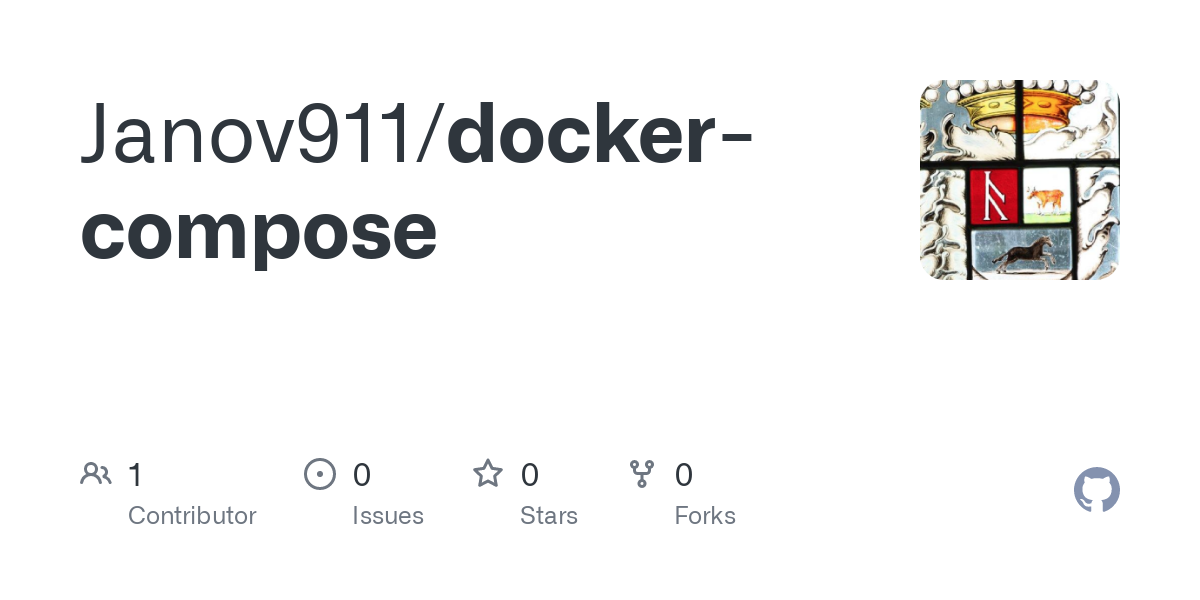 Contribute to Janov911/docker-compose development by creating an account on GitHub.

Note: it’s a yaml file, so spaces matter
I’ve anonymised it so you’ll have to add your passwords, paths to items and ip addresses/domains, but it will get you started. Message me directly if you need help.

Or nothing if you host it yourself

Nextcloud is a great solution. Nextcloud.com offers a hosted Enterprise solution, but only for at least 100 users. And no, the pricing is not ridiculous. Nextcloud can be powerful with its options (no comparison to to iCloud’s feature set). There are a lot of expansions and options available. And if all of those users are using Nextcloud simultaneously with all available options and collaborating on the server, you need huge servers and much bandwidth. That is where the pricing comes from - and that is where the company is making its money. And those prices are fair, if you understand what they offer for this pricing. Not at all ridiculous, to be honest.

If you do not need that much power and if you do not want to bother with setting up Nextcloud and running a server, they have partners for smaller solutions. That is what we are doing at work. We are using it for sharing files with clients. We pay for a hosted solution for several reasons. There are a lot of hosting providers that offer Nextcloud Enterprise Hosting. We are using ionos.de which is a Nextcloud.com Partner - Ionos - Nextcloud - 20 bucks for 3 TB and unlimited users. We only need it for file sharing, it is more than enough for us. The Enterprise solution is rock-solid und secure.

Apart from that, I am using Nextcloud for personal use cases (only file-sharing) and for my Brass Band (two different Nextcloud installations). Nextcloud is free and open source. You can install and run it on your own server or in a docker container. There is even a free Virtual Box image available which makes it even more easy to run (I have not tested that one): everything can be found at Install - Nextcloud

Again: Everything free as in free. Many schools have used it in my area when the pandemic started and when home-schooling became a thing in Germany: no GDPR issues and amazing capabilities. My former high school had a working Nextcloud solution up and running within 24 hours.

I am still using iCloud for my mails, calendar and what not. And I will keep doing so. But… you definitely could replace iCloud with Nextcloud with all the advantages @JKoopmans has described. @JKoopmans scenario sounds very impressive. Everything a personal cloud needs, even with off-site backup servers. Wow!