Creating a bootable installer for MacOS Lion on 2011 MacBook Pro

Good morning all! I am trying to create a bootable USB to reinstall MacOS Lion on an old MacBook Pro that a freind gave me. I just want to be able to use it for a home server to keep up our expansive iTunes library, photos, and run Hazel. I tried to install by downloading but it kept getting stuck because apparently Apple let their certificates for several OS’s expire including Lion. I have Monterey on my M1 MacBook Pro and my wife still has Catalina on her Intel MacBook Air. I have downloaded the InstallMacOSX.dmg file for Lion, prepped the USB drive. But when I try to “Show Package Contents” the option is not there. I have tried this on both computers. Does any one have any thoughts? I’ve done this many times before but am at a loss. Sorry I left this screen shot out. For anything Catalina or before. It appears you will want http://diskmakerx.com/downloads/DiskMakerX304.zip

Thank you! I will give this a try. First time I have worked on a machine this old in quite a long time.

Maybe the 202 version, which was called Lion DiskMaker.

Meh. 202 still wants the installer application, so that doesn’t help

I tried 202 with the Lion InstallMacOSX.dmg, and that didn’t work either.

I am rethinking this and may actually go with El Cap. I was thinking I would need to install Lion first since that was the original base OS. This thing was really screwed up. The former owner just wiped the drive and left it. It had High Sierra last and would not accept it as a clean install. I had to do some work to reformat the drive and remove APFS and get it back to MacOS Journaled. I imagine that was because this machine still has the original HDD in it. I am going to upgrade the hardware eventually but just want to get it up and running for now to test it out.

According to Mactracker, the 2011 MBPs support up through High Sierra. I know you said you’ve tried that, but I might give it another go. My guess is the newest supported OS will probably have the fewest obstacles to getting it installed.

I dunno. Since Lion was the first OS available on the App Store, and since it is still for sale, it might be a tough nut to crack.
Maybe drop back to Snow Leopard? Then perhaps an upgrade to Lion ($19.95)?
It looks like it shipped with 10.6.6 (thanks for the mention of Mactracker @ChrisUpchurch!).

You might find an iso, if the laptop owner had previously purchased it should be legal, but who knows what kind of STDs it would have.

But in this case even that won’t help because Apple obfuscates their macOS installer .pkgs.

According to Mactracker, the 2011 MBPs support up through High Sierra. I know you said you’ve tried that, but I might give it another go.

If that is the case, I would definitely try High Sierra.

However, you may run into a “chicken and the egg” problem where you can’t get the installer app for High Sierra without a computer that can use High Sierra.

The normal recommended route for this would be to get an older version of the OS, create a VM (VMWare Fusion is now free for personal use), and then get the installer inside the VM, then export it, then create the disk from the app you have exported to VM.

However, in this case, I may be able to offer @Brianford9676 some private counsel on another option.

Another option is to use installinstallmacos.py to download the installer DMG that you want. It requires some comfort with the Terminal, but it is used by lots of Mac admins.

The big feature here is that it downloads directly from Apple’s own servers so you are not getting these files from some sketchy corner of the universe.

Also, when it is done, it creates a normal DMG which (I believe) you can then open up and get the app itself, not some obfuscated installer .pkg.

I am downloading this now to test.

Since it is using Apple’s installer, any install check or volume check scripts are run. This means that you can only use this tool to create a diskimage containing the versions of macOS that will run on the exact machine you are running the script on.

Thus, on my iMac Pro:

OS 10.6 is not available. Run again without --os argument to select a valid build to download.

Sorry, it’s not clear to me where that quote is coming from.

However, if push comes to shove, a VM might be the only option.

I have a Mac mini that I think can run High Sierra. I am running it on that.

Worst case scenario, I can drop @Brianford9676 a USB drive in the mail

assuming that he’s in the continental USA… otherwise it might be too slow to get there.

Sorry, it’s not clear to me where that quote is coming from.

Left that part out

From the GitHub readme for the utilities. 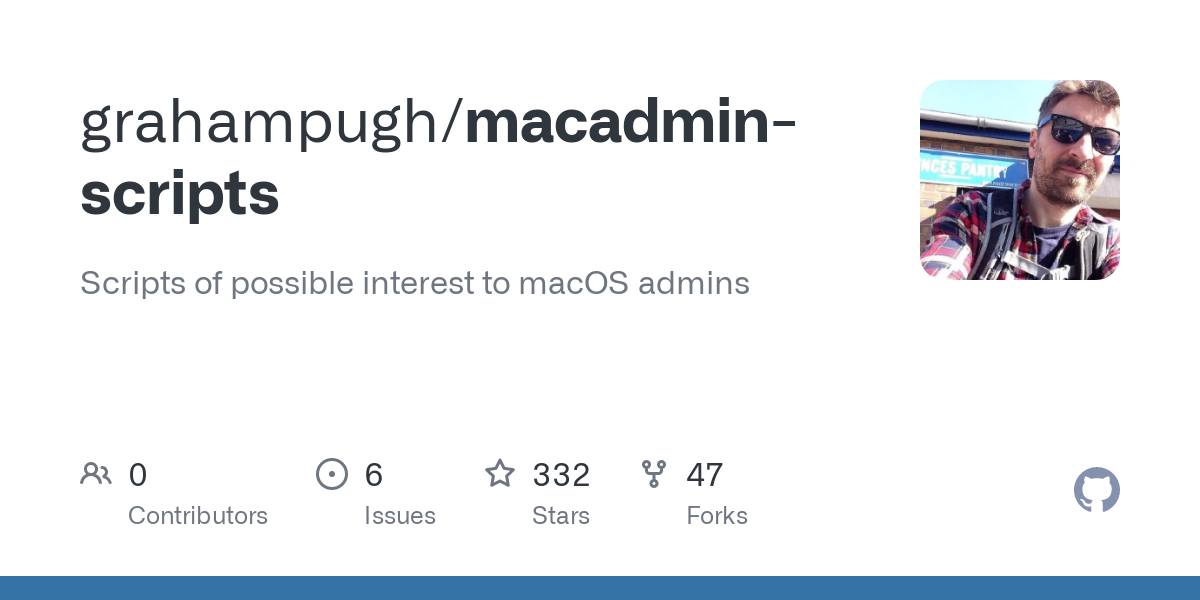 Scripts of possible interest to macOS admins. Contribute to grahampugh/macadmin-scripts development by creating an account on GitHub.

From the GitHub readme for the utilities.

Ah! That actually doesn’t matter in our case.

I can download High Sierra on my M1 Mac Mini.

That gives me a usable DMG with the app instead of a .pkg

Then we run DiskMaker X on that app.

Unfortunately, DiskMaker X won’t run on my M1 Mac. I think it is using sw_ver to check the version of macOS and getting confused because it reports itself as “12.0.1” not “10.something”.

But I ran it on my Intel Mac mini and it worked just fine.

I started collecting old Macs and then realized I needed old software.
Diskmaker was a good source for downloading old disk images and I have used some of their software in the past. There are other good sources too if you look. Then I found these great terminal instructions. How to create a bootable installer for macOS - Apple Support

I was able to make all the images to USB thumb drives.
It was fun too.
My last piece of advice. Always read the instructions. Things can go south quickly.

I was away at a kid’s soccer game for a bit. I am trying to download the installer that @tjluoma sent me. Just so everyone knows where I am at with the old mac. I attempted to use diskmakerX but I need to use my M1 Mac to create the boot installer on the USB drive but no versions of diskmakerX work. I have also tried to download High Sierra as an app but the Mac App store will not let me do that since this M1 Mac was made with a more recent version. I have gone to Download macOS High Sierra 10.13.2 and it will let me download .dmg version of High Sierra but I can’t find a way to create a bootable USB out of it.

Meanwhile the Mac I am trying to install on is stuck in internet recovery mode. I am going to attach some pictures but it will only let me attempt to download Lion which is what I can only assume is what this machine came with. I get the weird negative 2 billion hours to download and then the error shown in the last picture. I found a thread that said a I need to back the date/time of the machine back up to a date before Apple stopped signing old versions of MacOS in 2019. It was a terminal command but it keeps popping an error. Well, I finally came up with a crazy solution to create a bootable USB drive to install using, of all things, a Windows computer! I followed the instructions in this video if anyone ever needs this for reference: How to install MacOs X from USB | How to create bootable USB using Windows PC - (Transmac) - YouTube

However, it does not fix my problem. I cannot find a way to force the Mac to let me use the USB installer. It will only boot into Internet Recovery mode. I will keep working on it. If anyone has a solution to this, I would appreciate it.

I think the problem will be that the Windows computer won’t ‘bless’ the drive to make it bootable .

I assume you have tried holding down ‘Option’ when the Mac is booting, which normally should show you the USB drive as a bootable option. If it doesn’t think the drive is bootable, however, it won’t.