My wife just got a new-used MacBook Air (Thanks, Gazelle) and I started to go through the process of hooking it up to her time machine back up of her previous computer and then I had the thought, what if there is a different MacOS on the new computer than what’s on the backup? If I need to make sure they are the same how do I determine the OS on the new computer, without fully booting it up? (Gazelle does not know the OS on the one they sent.)
Back up is Sierra and I’m guessing the new is either High Sierra of Mojave.

Why not just boot it?

Why not boot it up, get it to the latest available OS version, then restore the files (not copying macOS) by using Migration Assistant on the Time Machine files? 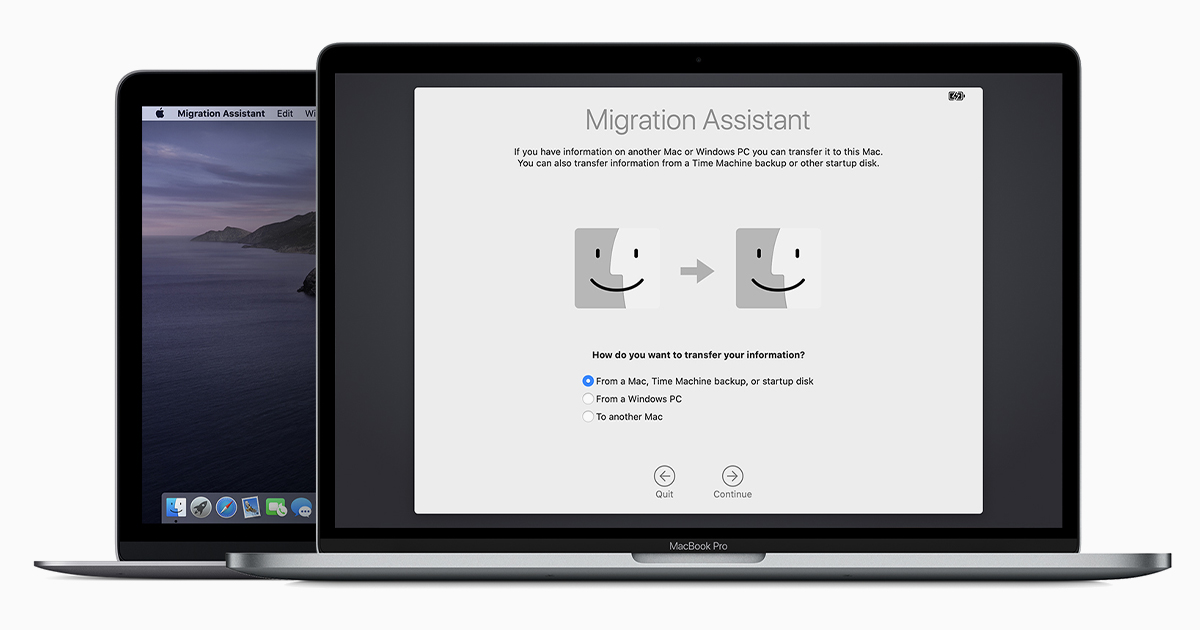 How to move your content to a new Mac

Use Migration Assistant to copy all of your documents, apps, user accounts, and settings to a new Mac from another computer.

Why not just boot it? I guess i was confused that it asks you if you want to restore from a back up and asks for user info before the boot process completes. I can’t find helpful steps online.
Seems like a chicken-and-egg thing, but I’m probably just being overly cautious.
I guess I should just do Migration Assistant, but then the question is, will Migration Assistant accept an older OS?

On a new-used machine, I would reinstall macOS before using it. I would do this with any Mac that became mine if it wasn’t purchased new and directly from Apple. As part of that process, you should be given the opinion to transfer your data from a Time Machine backup, which (I believe) can be from an older (but not newer) version of macOS.

I absolutely agree with @ACautionaryTale here. You really have no idea what is on the computer, it could be riddled with malware.

Malware, etc. shouldn’t be an issue. They have their act together and can wipe data better than most end (or power) users. To wit;

Malware, etc. shouldn’t be an issue.

I’m willing to believe this is true, but I would wipe the machine anyway. That way I know exactly what is on it.

I would be shocked if they hadn’t wiped the machine prior to sale, but I don’t know how they could do so and also not know what version of the OS is on it at the time of shipping.

In any case, I reformat and resintall the OS on any machine that comes from any source other than directly from Apple. That way I have a known starting point and up to date OS software.

Thanks for everyone’s input. I’ll be taking care of this Sunday morning and report back any relevant observations.

Another issue, for later diagnosis is that none of the mail accounts will connect, and they are not accepting the passwords when they ask for them. It’s happening in both Mail app and the iCloud Accounts. I seem to recall this happening years ago and the only way was to delete the accounts one at a time and to manually add them back in.

why not just boot it?
You can also boot into recovery and check the os version there? (terminal -> sw_vers)
one note on that: the version on the recovery partition might differ from the one on the main install!