Awhile back, when Smile went subscription based, I looked at text expansion alternatives. I didn’t have a huge need so I just stuck with the pre-sub version. But when I did my research, I felt like Typeit4Me was a good option as it had a syncing iOS counterpart and it was a one-time charge.

However, doing a search in this forum, I come up almost empty about people using it.

I’m now starting to use my mobile devices for more writing and also have more scenarios where text expansion would be beneficial.

I’d rather not pay the subscription for Text Expander if I don’t have to. I would possibly consider it but it’s not natively support in Ulysses where I do most of my writing so I just wouldn’t get the benefit. The built in shortcuts in iOS aren’t sufficient enough for my needs.

So, does anyone have experience with Typeit4Me? I would love to hear your thoughts.

but it’s not natively support in Ulysses

It’s not obvious - actually, it is well and truly hidden, but Ulysses in iOS does natively support TextExpander.

Edit any document and then:

And do note on IOS you can still purchase the non-subscription-based TextExpander(Legacy) (version 3.5.6).

Funny, I went to the Smile site last night and Ulysses is not lasted as a supported app.

Didn’t realize I could sync non-subscription version. That would be best option.

I’d rather not pay the subscription for Text Expander if I don’t have to.

Also check out Typinator, which has been around - and constantly updated - since 2005. (In fact, TextExapander and TypeIt4Me have been around for at least a decade too.) 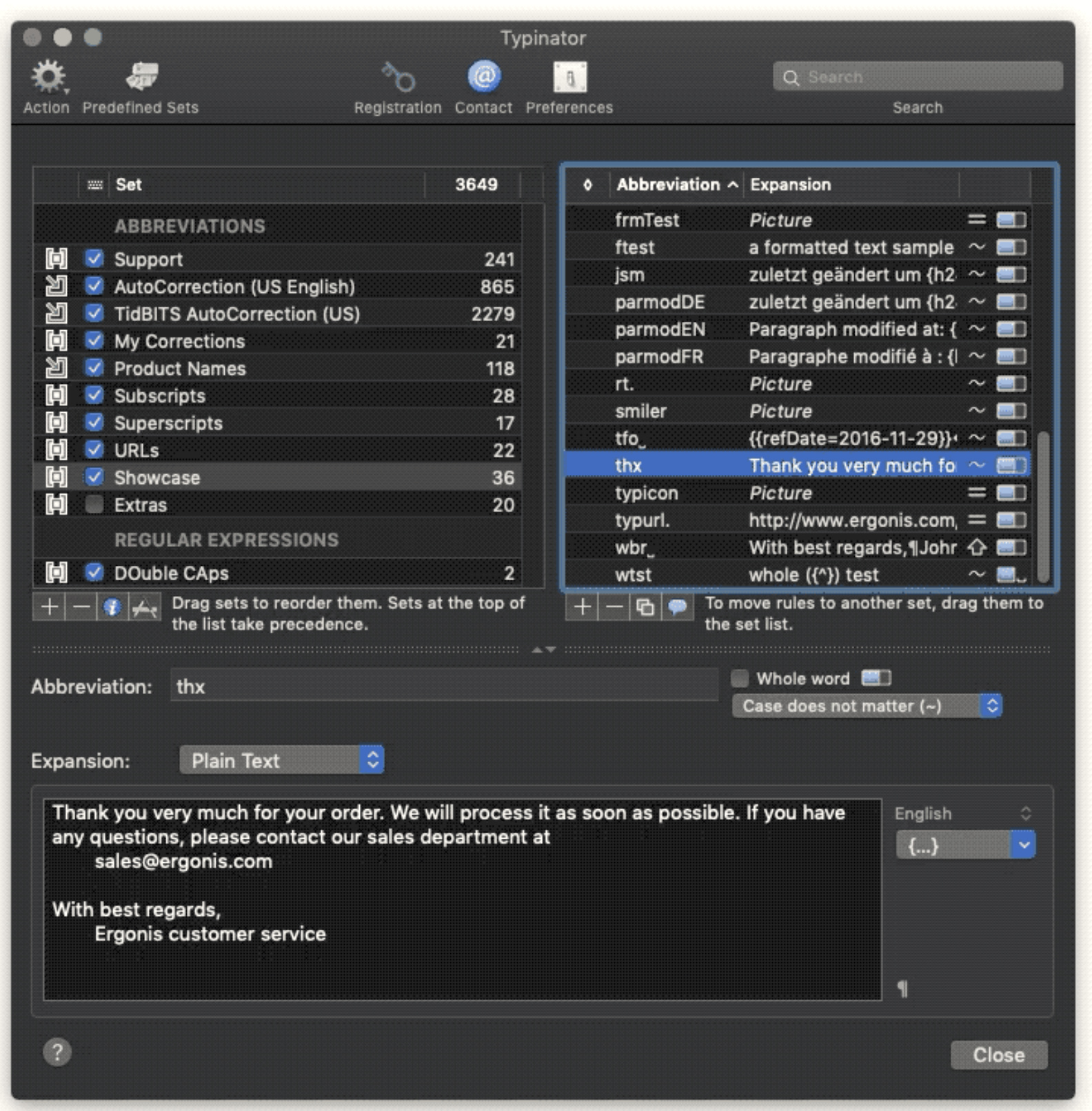 I use TypeIt4Me and do like it. Not as sophisticated as Textexpander but it gets the job done and does sync across devices. And is much cheaper than textexpander

Ditto! TypeIt4Me has completely replaced TextExpander on my Mac.

I have used Typeit4Me for many years and while it can a bit buggy, it fits my needs.

How does Typeit4Me work on iOS? Textexpander works best with the many apps that support it (the custom isn’t really an option, I‘d say) But T4M is not supported by many apps, is it?

Thanks! So it won‘t work with an external keyboard, right?