First question - Is it important for the new monitor to have a USB-C connection? My iMac has Thunderbolt 2 connectors (essentially mini-DP for a monitor cable, correct?). Newer Macs have USB-C (Thunderbolt 3). I plan to purchase a new iMac in a year or two.

Second question - for a 24-25" monitor, which screen resolution would be appropriate, 4k (3840 x 2160) or “UHD” (2560 x 1440 native resolution)? There are several modern-looking (very thin bezels) 24-25" monitors with 2560 x 1440 resolution, but few 4K resolution monitors in that size that have the modern, thin-bezel look. A small-footprint stand that allows pivoting to portrait orientation is also a requirement.

The size of the 24" Dell U2419HC is perfect. Appearance with the “Infinity Edge” thin bezels is nice, and there is a USB-C connection. The native 1920X1080 resolution is not enough, however.

Any thoughts on these choices? None of these has a USB-C connection. Is that a problem in terms of connecting to newer (or future) Mac computers which have USB-C connectors? I assume that connecting the above monitors to the newer Macs’ USB-C is simply a matter of using a USB-C (Thunderbolt 3) to DP (or mini-DP) cable. Is that correct?

I’ve got two of these connected to my 2017 iMac using USB-C to DisplayPort cables. So no problem connecting them to a future USB-C Mac.

One of my clients merged a couple of displays into one very big one! I installed one Dell 42.5" display and connected it to a MB Pro that is stilling with a closed shell next to it. It looks insane at fist but it really works very well. A specially with the Moom app.

I am tempted to do the same. Ditch my 27" Retina iMac and Dell 24" display. Get this monster and connect my MB Pro and perhaps a couple of Mac mini’s via a KVM switch or use the build inn input selection and a Logitech keyboard to quickly switch between my various work environments.

I would go with a 4k myself, as I find it reduces eye fatigue. I have a couple of LG’s 27” 4k monitors that i like. They also sell a 24” 4k monitor.
It doesn’t have a rotating stand, so a monitor arm clamped to your desk (sit/stand desk) might be an option, and would free up some desk space. If your iMac is VESA capable, you could mount both on a dual arm and free up even more space. (Assuming the edge of your (sit/stand) desk can support them.)

Edit: You’ll probably want a 60Hz capable something-to-DisplayPort cable. When you upgrade the iMac, you can just replace the cable, if need-be. 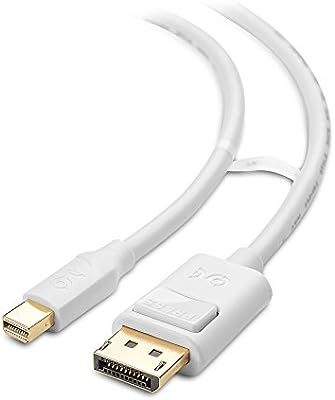 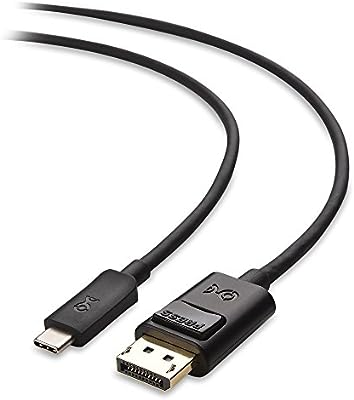 I don’t think that would work for me. 4k at that size is 104ppi, according to their specs. That’s a little less than my 2008 MacBook Pro (RIP), pretty chunky, and you’d probably need to back away from it too.

If you are editing images and movies yes. Most people over 50 are decreasing the screen resolution since it all gets too small

Having multiple windows open in a large size for research the web, email, write documents on one big screen makes work easy.

I respectfully disagree. Higher resolution displays allow you to use high-dpi modes so you can have large smooth text (if you want), rather than large chunky text.
Maybe one day we will have affordable 42” 8k displays, and we can have it both ways.

If you are editing images and movies yes. Most people over 50 are decreasing the screen resolution since it all gets too small

I respectfully disagree. Higher resolution displays allow you to use high-dpi modes so you can have large smooth text (if you want), rather than large chunky text. …

Concur with @JohnAtl. Regardless of age, and setting aside cost and computational constraints, higher resolution is better for text and other sharp-edged objects, especially when magnified.

It would be a mistake to switch to a lower-resolution monitor, or electronically lower the resolution of a given monitor, in order to increase the text or image size.

Requiring an increase in the size of text characters has to do with visual acuity and distance from the screen. A decrease in visual acuity due to age (presbyopia, cataracts, or corneal or retinal pathology) can be compensated for by increasing the text or image size. Switching to a lower-resolution screen will certainly do this, but will also cause the magnified text to be jagged or fuzzy. A higher resolution screen will result in smoother and sharper text, for a given degree of magnification of the text.

Other factors come into play as well. Over age 40 or so, our eyes lose the ability to focus at close distances (presbyopia). We could compensate by moving back - increasing the viewing distance - which requires the text to be magnified. Or, we could wear corrective lenses with a positive diopter power (usually about +2.5 for reading at 15-18", or +1.25 for “computer glasses” when viewing a computer screen at 30" or so). This moves our point of focus closer, effectively magnifying the image.

For either case (increasing the viewing distance or wearing corrective lenses), we want higher-resolution text, not lower-resolution magnified text.

All a I relay is my experience of most of my cllients who cant handle the small super sharp text ans want me to change the scale.

Yes, you are describing a common situation. The “super sharp” part is good, but the “small” part is not. Many of today’s monitors are of such high resolution that the default text size in the monitor’s “native” resolution is too small for comfortable viewing at a typical viewing distance.

This it what I had in mind in the initial post.

With apology, the following is somewhat long and tedious.
TLDR version: I still think I need a sub-4K resolution monitor smaller than 27", for technical reasons.

Popular opinion seems to be that for a given monitor, if 2560 x 1440 resolution is good, then 4k (3840 x 2160) must be better, right? Not necessarily - it depends on the monitor size, the viewing distance and the user’s visual acuity.

- the native resolution in the 27" so-called 5K iMac is 5120 x 2880, or 218 ppi (pixels per inch), if I measured my screen correctly. This is a gorgeous screen, but overkill if your viewing distance is like mine (about 32"). If you adjust the iMac’s display resolution to its “smallest” or “More space” setting, the text will be quite small. At this setting you could display many windows on the Mac’s screen. The text would be too small for most, however, at a normal viewing distance. The iMac’s “default” display resolution is, appropriately, two steps up from this. It appears that the “default” resolution is really not the screen’s “native” resolution. Apparently Apple has done some excellent engineering to achieve a very sharp text display at a non-native screen resolution.

I’ve got two of these connected to my 2017 iMac using USB-C to DisplayPort cables. So no problem connecting them to a future USB-C Mac.

Thank you - one of my concerns taken care of. And exactly what I wanted to hear

Approximately what is the text size displayed on your P2415Q monitor, compared to that of your 27" iMac, when the iMac is at the “default” resolution? Smaller, larger, or about the same size as that on the iMac?

Do you happen to know how the text looks on your P2415Q monitor when the display is adjusted to a lower resolution (i.e., larger text)? Sharp, non-jagged edges at a reasonable viewing distance?

The 5K iMac display does an amazing job displaying text, even when the display resolution is adjusted to a lower resolution. It has been my observation that other monitors do not do as well.

Approximately what is the text size displayed on your P2415Q monitor, compared to that of your 27" iMac, when the iMac is at the “default” resolution? Smaller, larger, or about the same size as that on the iMac?

At this resolution, the text is larger than on an iMac at its default resolution. I usually run the monitor at the “looks like 2304x1296” setting. At this scaling, the text appears the same size as the iMac monitor at its native resolution.

Do you happen to know how the text looks on your P2415Q monitor when the display is adjusted to a lower resolution (i.e., larger text)? Sharp, non-jagged edges at a reasonable viewing distance?

Running the monitor at the “Larger Text” scaling (“looks like 1504x846”) there is a slight fuzziness to the edges of text, but I have to really lean in to see it. It’s not visible at normal viewing distance.

Overall, I don’t think there’s anything to complain about when it comes to the resolution or scaling of the Dells. I think they do as good a job displaying text as the iMac display. Where I do notice a difference is in the color reproduction. There the iMac’s panel has a definite advantage.

@ChrisUpchurch, thank you, this is helpful.