I’ll be moving soon and Google Fiber is available at my new apartment. The service includes two Google WiFi mesh units. Anyone have any experience with these? I’m currently running an Eero setup.

A family member has two Google Wifi units; they’re popular among the developers he works with. Performance-wise, Google Wifi units are about as good as non-Pro, non-wifi 6 Eero units. Ease of setup is roughly equivalent.

I believe you’ll as of recently be forced to use the not-great Google Home app, unfortunately (the one that Nest owners are being pushed to.)

I believe you’ll as of recently be forced to use the not-great Google Home app, unfortunately (the one that Nest owners are being pushed to.)

The new apartment has a Nest thermostat, so I’m probably going to have to deal with the Google Home app regardless.

We chose Google mesh over Eero when we bought our house 3 years ago. We have FIOS with 3 Google nodes. Wife runs a business out of home. It works well enough. not always perfect, but the DIY factor is right on.

Sadly enough, Google Fiber isn’t available in my area (they stopped any expansion plans in October 2016). On the other hand, Verizon Fios is available in the area I’m about to move in. I’m finally excited to have fiber optic internet and good upload speeds.

If Google Fiber truly is available in your area, you should definitely get it. Don’t take the opportunity for granted.

You should definitely watch this video. 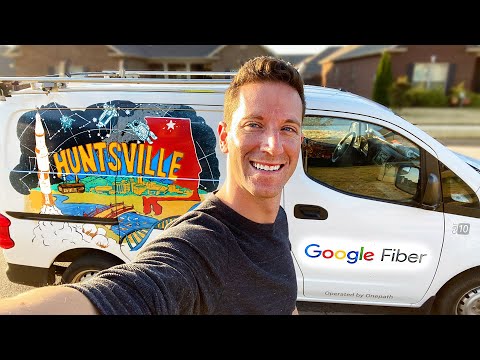 I’m definitely getting fiber. The only question is whether I use the included Google WiFi for my WiFi network or if I use my Eeros.

I really like Google Wifi and find it easy to manage but I don’t have anything to compare it to. At the time eero wasn’t available in Australia. One thing to keep in mind is that Google dropped their dedicated Wifi app and its now integrated into Google Home with less functionality.

Decided to give Google WiFi a try. Setting up the first mesh node went very smoothly, no issue. The second node on the other hand, was a complete PITA. I made 4-5 attempts at it, with the setup process timing out along the way regardless of where I put the second node (other end of the apartment, about 10 feet away from the first node, right next to the first node, etc.). What finally did the trick was hooking the second node up to an Ethernet switch connected to the first node. Not exactly friendly to non-geeks. I don’t know how many folks would even think of trying Ethernet backhaul.

Oddly enough, after setting up Google WiFi using the new Google Home app, I had to go back to the old Nest app to set up the thermostat. The Home app kept kicking me out after scanning the QR code on the Nest. Earlier this year, the Google Home app received a redesigned Wifi section that included more of the old Wifi app's tricks. Since Google was busy phasing it out in favor o the all-in-one experience for all of the smart tech in your home, this made...