This actually is starting to make me sad. The idea that only a Google, Microsoft, or Apple can be trusted to withstand attacks is not a great world. 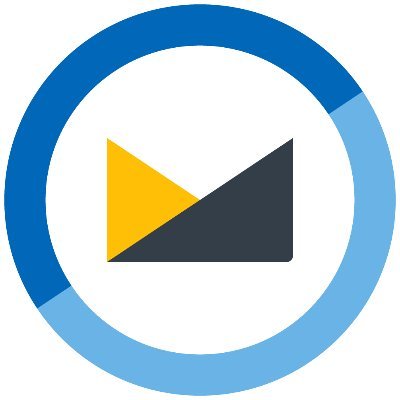 @Fastmail
We are currently experiencing network issues that may cause Fastmail to be unavailable; we are investigating and hope to be back online soon.
wnknisely October 31, 2021, 5:54pm #2

Downdetector has Reddit and the NFL network showing issues too. Might not be related to last week’s attacks.

@Fastmail
We are seeing continued DDoS attacks against our infrastructure and are working with our network provider on mitigation strategies. Our team are working hard to provide stability.
JoePreiser October 31, 2021, 7:54pm #4

Then there’s the multi day outage of Roblox. All those kids (and adults) not able to play games.

If only there were an offline version of the internet…

Any idea if that affects only the webmail or also the mail server. I mean the emails sent during that time gets delivered?

At present, according to their status page, everything appears to be up.

Doesn’t Gmail go down for 12 hours once a year or so? I’ve been with Fastmail for nearly a decade and can count the number of hours my email has been down on one hand. Kind of amazing.

I don’t worry about a 2-hour blip on a Sunday afternoon once or twice a decade. Life happens.

Doesn’t Gmail go down for 12 hours once a year or so?

The recent Facebook outage was a reminder that just about everything goes down eventually. Especially when you shoot yourself in the foot.

During three episodes in 2020, Google suffered from severe outages that disrupted various of their services. The first was a Gmail/Google Drive outage in August, the second, in November, affected mainly YouTube; and the third, in December, affected most of their services. These outages seemed to be global. On 20 August 2020, over a period of approximately six hours, a global outage abruptly disrupted Google's suite of services, including Gmail, Google Drive, Google Docs, Google Meet and Googl...

Sure… but this has happened a lot in the last two weeks. Of course outages happen, but if you look back on their status updates. This one was fixed much faster than last few for same reasons so hopefully they have that down now.

Seems like people were not seeing issues with IMAP connections, just with the JMAP ones. So if you are using a client to connect you might not have noticed anything. If you use the web interface or their web based iOS app, then you weren’t able to connect.

In terms if SMTP, seems reasonable to expect that things went right through. If not, they would be sent as soon as the issue was cleared. Mail is great that way. It was built for spotty connections of the sort that were common in the eighties and nineties.

From the little I’ve learned both this and the previous Fastmail problem were DDoS attacks. When you are a small company like Fastmail you have to work with your network provider to swap IP addresses or do something else to dodge the high volume of traffic being received. A big company like Microsoft can handle it internally.

Yes, these are all DDoS attacks, and they are frustrating. It’s frustrating that there are these people in the world who feel the need to “express themselves” by causing problems for other people.

I suspect¹ that it won’t be too long before Fastmail figures out a way to mitigate the attacks… I mean it’s their entire business under attack, it’s not like they can just say “Oh well, I guess we give up now.”

I’m using Fastmail with IMAP and have not noticed any outages along the way … perhaps their backup and distributed servers are doing their job. Dunno.