After just getting home from Macstock yesterday, I am still swirling with excitement and gratitude that I got to attend such a fabulous event. The Mac community is just so awesome. I cannot recommend it highly enough. While I am sure to forget some and add them in later, I wanted to share a couple of my favorite moments from Macstock 2019. These are in no particular order:

1. Meeting People in Person Who I Only Ever Knew By Voice (or maybe video) There were more than one occasion where I sat down with someone for lunch or during a break and I knew their voice, but not their face. The most delightful one was meeting John Voorhees in person. To my shame, I didn’t know what he looked like in person so when he warmly introduced himself and said, “Hi, I’m John Voorhees” I was totally caught off guard and felt like I was thrust into an episode of AppStories! He was so gracious and enjoyable to talk to. Same thing happened with Allison Sheridan.

It was also totally fun to meet @mikeschmitz @joebuhlig @RosemaryOrchard @timstringer and even though I have had the pleasure of meeting @MacSparky before (since we are both from SoCal), I have never been able to really have the kind of time to chat with him that I did because of Macstock. These are people that I have learned so much for, and it was amazing to spend time with them in person. Such a gracious, fun, group this Mac community is.

2. Watching Rose Build Me a Custom Shortcut I asked Rose for a quick tip on how to create an album chooser shortcut and it turned into a masterclass of Shortcuts magic. She was so incredibly gracious and made me the coolest album chooser shortcut ever. She said she would share it out on her site, so check there if that is your thing

3. Watching Stephen Hackett do On-the-spot Hardware Upgrades I really don’t think that @ismh even had lunch on Saturday because he was head-down focused on tearing apart and putting together a Mac for someone totally on the spot. Just one of many example of how the Mac community loves to serve and be helpful. Looks like @ChrisUpchurch got some great photos of this.

4. I Learned About Cool New Stuff I love the Mac community but I didn’t think there were many new tools or techniques that I had not heard about before, but I was glad to be proven wrong. @mikeschmitz taught me about Deckset which looks cool, and Brett Terpestra had at least 10 things I had never heard about that excited me, particularly MeisterTask which is a cooler version of Trello. This is why I love coming to conferences.

5. I Am Excited to Get Creating Again One of the reasons why I love conferences so much is inspiration, not just information. Yes, I did score some great new tips, but it is the inspiration to create that I was really thankful for. My life has been a real whirlwind the past few months and my creating has taken a real back seat. Macstock really inspired me to get back to work.

I’m sure there is more, but this is getting long enough. All said, what a treat this weekend was. Thanks to Mike Potter and his team for all the work they put into it to make it a reality.

Those of you who went, what were some of your favorite moments?

As far as favorite moments go, @ismh’s impromptu iMac upgrade is definitely on the list: 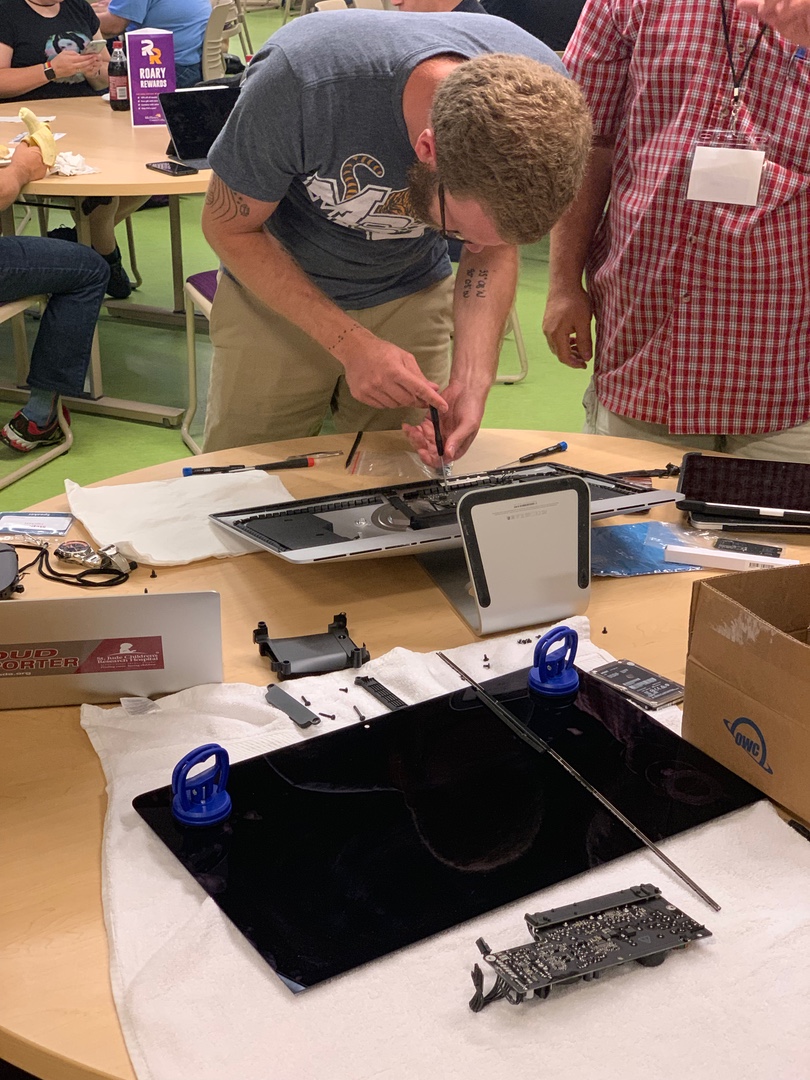 I’ve already posted some of my thoughts. If I had to sum up, there were a lot of great presentations but what really sticks in my mind was the time spent hanging out and talking with a bunch of like-minded folks. Not only is it cool to see and talk with those who are well-known in the Apple community that @bodiequirk mentions; it’s also great to be able to sit down at any random table and geek out with fellow enthusiasts.

My second Macstock was great. It was nice meeting @mikeschmitz and @RosemaryOrchard in person. Was happy to find the courage to talk with Brett Terpstra, which didn’t happen last year. It was nice catching up with Allison Sheridan. It was also nice meeting more people too. I also received a shout-out in the above podcast along with another attendee, Dan, who could be my bother.

It was a long 21 and a half hour trip home where I went to work before even coming home.

I will be going to next year’s Macstock. There are a few others that I have listened to today that I will get the links to and will share.