Been absent for a bit. New job. Mad scramble to assimilate.

This is why I think this post is different from most “favorites” I can find: I need something powerful and so, super-simple I can’t mess it up. Note: I think iMovie is hard and confusing!

{It has never felt intuitive to me}

I am NOT a videographer(!) but want to quickly assemble what I imagine are called vignettes or featurettes.

Will likely capture on the iPhone and want to edit on the iPad; but will also have my Mac sometimes.

Re: “Vignette” … I want the interviewee to narrate the action (it won’t be a “package” with me doing a voice over/narrative). I want to flow the interview (edit it and the audio and drop video clips of what they are describing in (taking over the action/what is viewed).

One example of this is below.

Sorry for sending you to YouTube; but this is one my guys put together super fast and rough. … They won’t be available to help me): 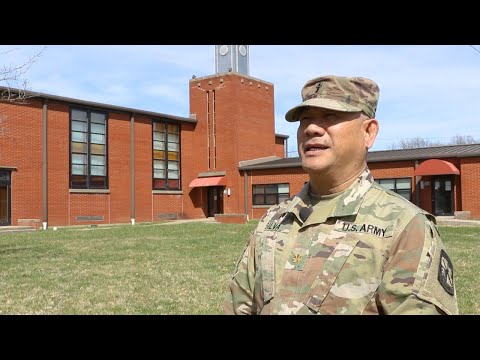 Thanks for any help and opinions re: editing apps & software!

I need something powerful and so, super-simple I can’t mess it up.

The IOS editor on your iPhone/iPad is super simple. AFAIK everything else, IMO, is going to resemble iMovie. Normally I would have recommended iMovie for someone just starting, and LumaFusion for someone that wants something powerful.

Here’s a video I found labeled “for absolute beginners”. Just watch the first two minutes and you will see that video editors tend to have the same basic components. 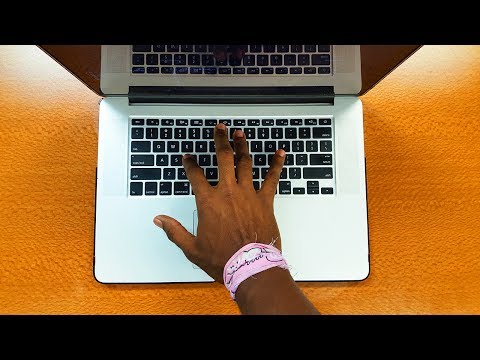 Then watch this LumaFusion tutorial. 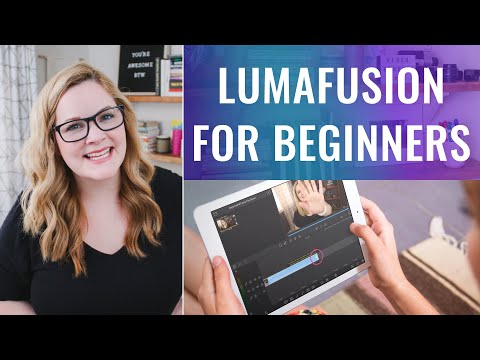 I recommend you go out and shoot three or four short clips and put them together with iMovie. Then you’ll have an ideal of what you are looking for. I started with LumaFusion and was able to pick up basic editing in a couple of hours. - it was a lot easier than editing VHS tape back in the '80s

Fwiw, I initially found iMovie super confusing. But when I finally got myself to put something together, I found it reasonably straightforward. (I was using the Mac version.)

not directly related but just for info - iMovie recently has new update with Version 3.0

I think Adobe Premiere Rush is very nice AND simpler to use than many other on iPad. This is the consumer version of Premiere, with a radically scaled down interface.

DJIs editor is also simple, but I found it to apply its templates way too strictly. The output seems geared towards the action cam crowd with fast, short clips.

Super! … Thank you all! … I dislike blaming everything on my move; but, there was a G-A-P in my Apple adventuring. … I remember wanting to learn Luma Fusion and will get back to that for a bit (and will certainly try the Adobe product and updated iMovie!).

Luma Fusion has some interesting (and a lot of) export options.

One odd thing is that the “finished products” I’m exporting to my “Photos” app are not playing on my iPad(!).

I’m using defaults for everything and have been Googling the issue (nothing found yet).

Still working on and with the video editors.

Thought I’d share one of my two, on-the-spot creations.

My FIRST creation with LumaFusion (“on deadline” … My guys pointed out it had to be done asap to be relevant on social media):

It was easier than I thought. … I got STUCK several times, but I “Googled my way out of the problem.”

Did not expect to have my voice on the track or I would have planned better. It would have taken jump cuts or making a voiceover “package” (which I was trying to avoid).

Was not thrilled that LumaFusion doesn’t have audio scrubbing while editing/finding cut points; but worked around it. I hope that’s something the creators add someday.

Now I need a project to cover so I can test the new iMovie.

My new job, really in plans for PR in ROTC/JROTC, will let me out of the office again soon. Summer training will be super busy for cadets and should give me some chances to stretch my legs again.

Thanks again to all who pointed me in the right direction!

Note: No worries about this being a high school student – All the participants had a parent or guardian sign a media waiver, etc. as this was a nationally covered event, we were invited to cover and share, etc.

I think you are a “videographer”.

I’ve got to chime in with agreement on this one.

I’d tried iMovie several times and just gave up. Then, more recently, I had no choice - I had to get the video produced. I used iMovie again, using Google or YouTube when I had a problem. Now, it takes me about 15 minutes to put the videos together. For me, the learning curve was worth it.

Great job and kudos to the young cadets.