I use an app called focus@will that stream music to help me get more done. It will not seem to play on the HomePod.

I can control Apple Music no problem. When I go to playback control in control center it seems to connect, but no sound. Any thoughts?

Did you ask the developer if their app supports AirPlay?

Airfoil is worth every penny of its $29. It will stream anything from your Mac to any Sonos, Chromecast, Bluetooth, or Airplay device … including the HomePod. 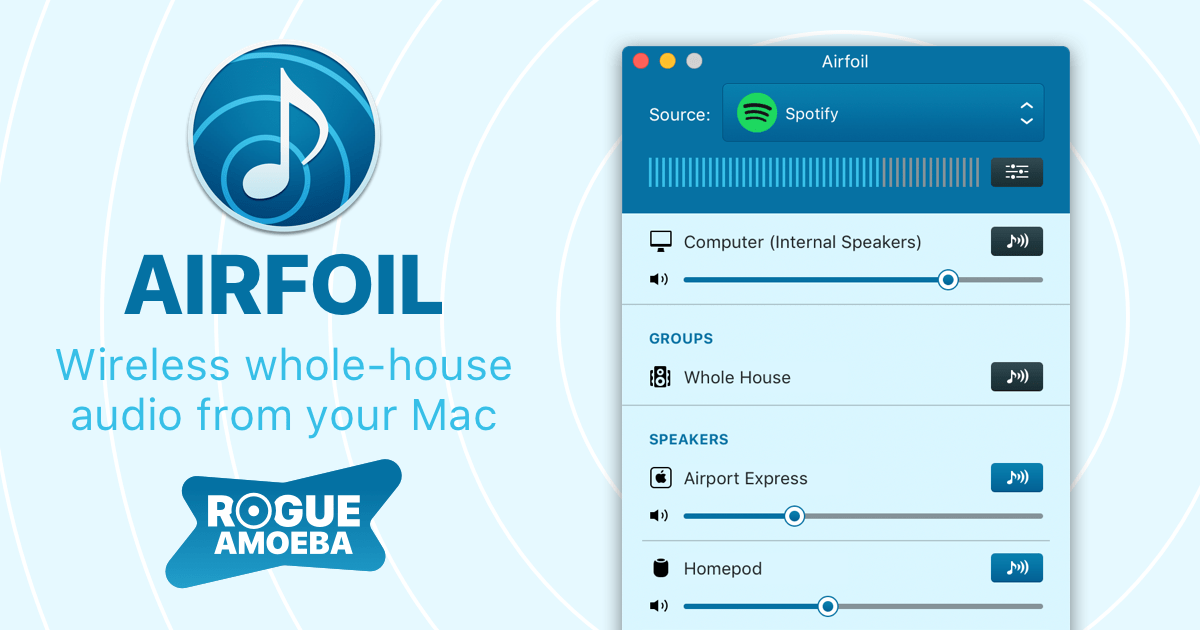 Stream from your Mac to Airplay, Bluetooth, and Chromecast outputs!

Here is the Airfoil window when I stream from the InstaRadio Mac app: Will this stream from an iOS device?

Thanks for the link. That is a clunky process, I think I’ll pass on that app but I appreciate the information.

That’s an old blog post from 2012; it’s possible that the procedure has been updated but I don’t know - pretty much everything I’ve wanted to stream from iOS to my HomePod (and to my powered monitors connected to an Airport Express elsewhere in my space) has been streamable directly through AirPlay.

At any rate, Airfoil is a Mac app and not an iOS app, though you can make an iOS device into a virtual speaker itself, streaming anything from a Mac or Windows with the accompanying Airfoil Satellite app.

You are a wealth of information, thank you! I’ll check it out.

Thanks for all the helpful comments!