My wife would kill me if I posted a pix of our Mac setup because it’s too messy at the moment but I decided to post a pix of the cabinet I use for all the centralized equipment. This is a cabinet bought from Wayfair that replaced a 30year old AV center that didn’t meet modern needs. The wall behind has access for coax and cat6 going to other parts of the house. 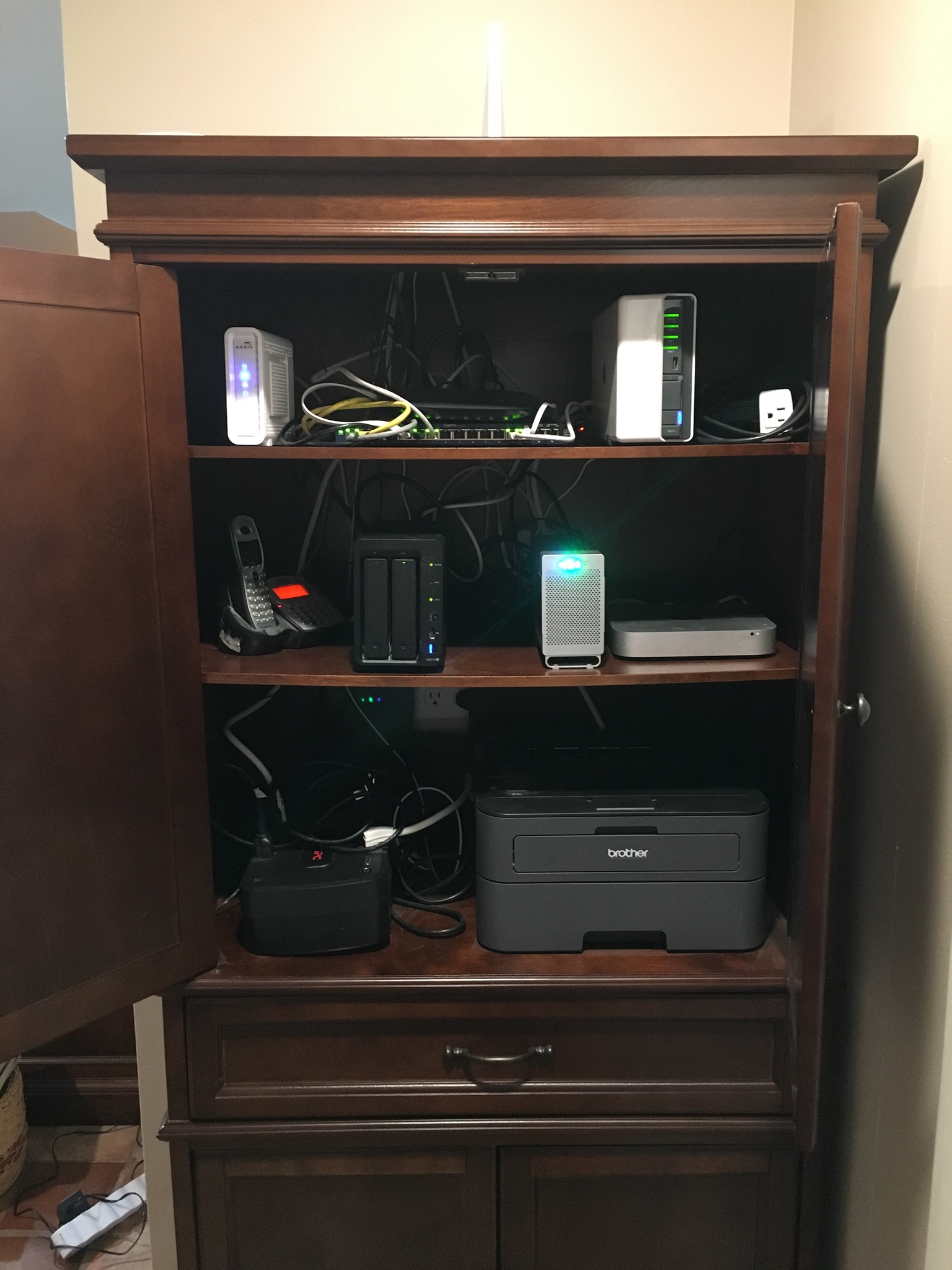 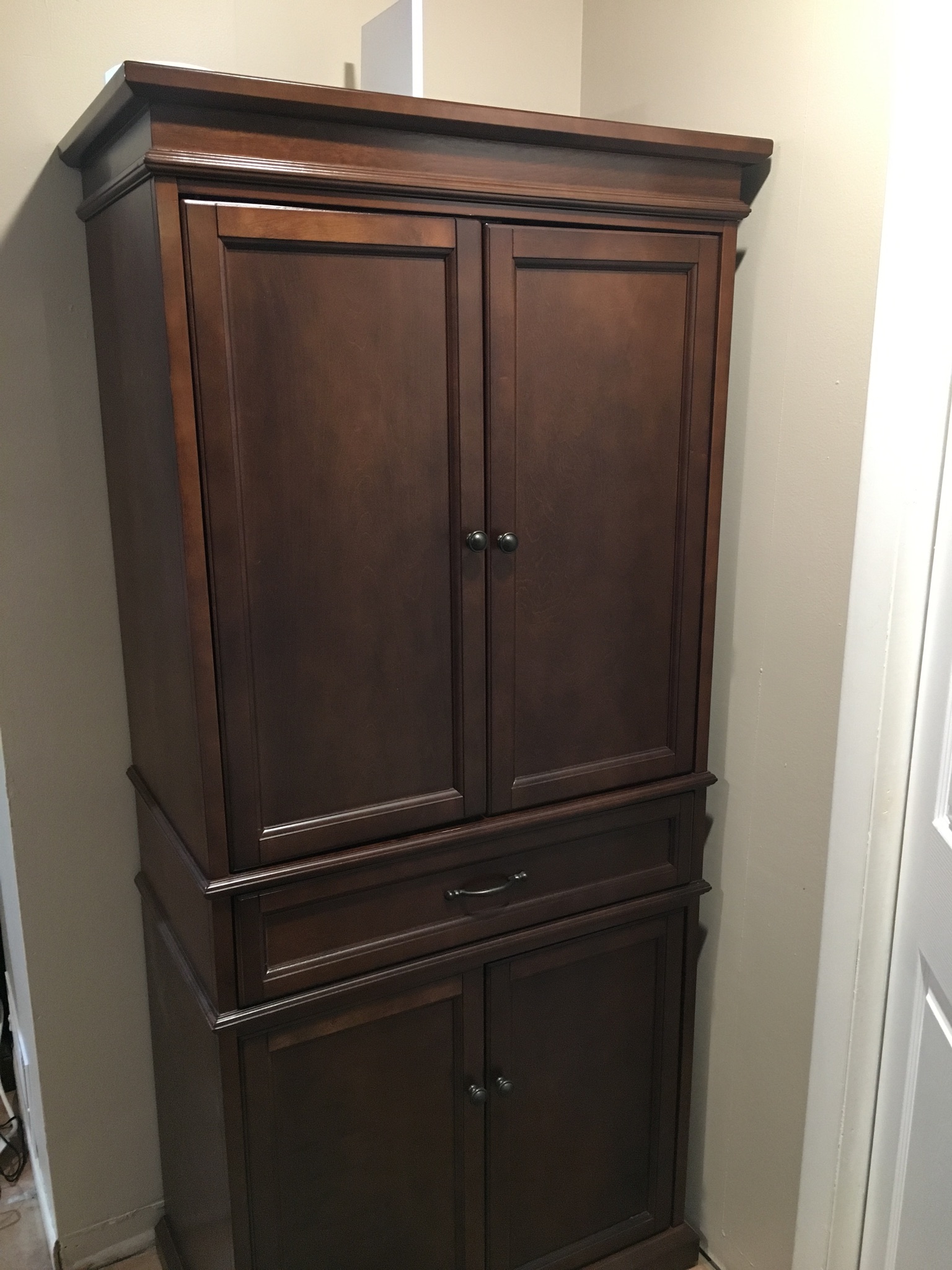 I ended up with two Synology devices due to good deals on Craigslist. One drive in each is a time machine backupmand the other holds mainly media files. The two media drives are synced. Since we travel in our motorhome for months at a time, one of the Synology goes with us. That way we have an additional backup on the road as well as access to movies, books, and music even though internet access may be limited. The Mac Mini serves the same purpose but also backs up the media files to CrashPlan. When CrashPlan dropped their home offering, I still had 3 years left on a multi-year subscription so I’m good to 2020.

Forgot to mention the top of the cabinet. The base Eero unit is there along with my Wink hub for my Z-wave devices. Been using Z-wave before Apple had an offering.

You know that electronics (and especially hard disks) like some fresh air?

Out of curiosity I just measured the temperatures in the cabinet with my non-contact thermometer. Outside was 74, most of the items were about 80 with the Mac Mini and Netgear switch at 98. One Synology was 81 while the other was 84.

The fan has speed control so I can increase the airflow if needed. Have it set for moderate airflow with low noise.

Didn’t know about the fan. Clever. I’d put the devices that generate the most heat (NAS, MacMini) at the top shelf then.

Glen, what printer is that? I have a Brother HL-2360 that used to work with AirPrint great before Sierra and High Sierra. Now my iPad can see it, but it will not print. Just wondering if it’s the printer or something I did wrong.

Dell Hl2360D. It’s connected to Ethernet but also works over airplay. Printed something yesterday from my iPad. I don’t use airplay for printing from my MBP.

Though it says “Brother” in the picture?

Because I’m an idiot and was thinking about a Dell monitor from another discussion. Yes, it’s a Brother.