It’s hard for a Wiki to gain traction when it remains wedded to a single OS, with no sync. It really needed more development in order to be a more universal repository, though the iOS app was pretty powerful on its own. The dev had at one point said he was working on a desktop version but apparently shelved it a while back.

I downloaded the new app he’s now focusing on - Beorg - and it’s intriguing: a plain text task manager for iOS with agenda, tasks and an outliner, an iOS version of Org-Mode. 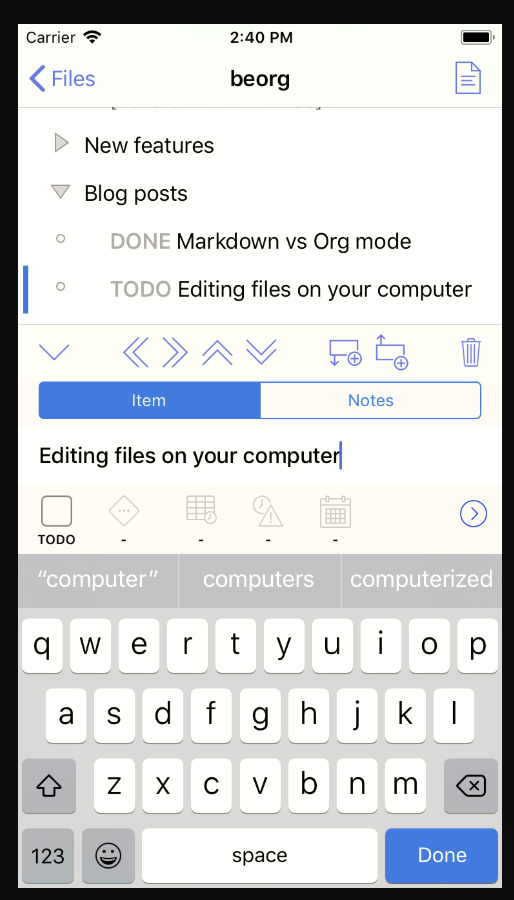