With the recent addition of a Nintendo Switch, I’ve reached the maximum number of HDMI ports on my aging TV. (It came with just two.)

I know HDMI switchers are not loved by all, but does anyone have one they’re using that’s not terrible?

I have one of these: 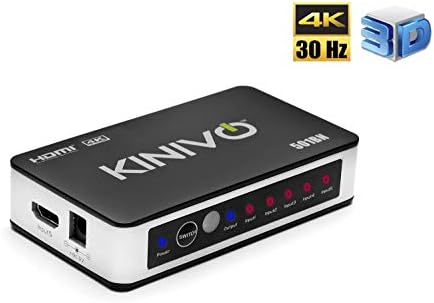 it’s been running for nearly 3 years and is used to switch between a PS3, PS4, Nes, Snes and a Switch
Works well with auto detection or the remote.

I have two of those. Generally they work well but sometimes don’t pass the HDMI properly which can result in jittery display. The simple fix is just to power cycle the HDMI switch. My only other complaint is that the range on the remove is ridiculously short. Like one or 2 feet. New batteries didn’t help.

I’ve had mine a couple years now. I wouldn’t pay to replace them, but if one failed I would probably try a different brand. While acknowledge most brands have a few glitches. Still a lot cheaper than a new TV! My TV has only a couple of HDMI ports.