Help me Configure a new iPad

So the only thing of real interest to me in the announcements is the iPad. I’m looking to upgrade my iPad from an iPad Air 5th generation model late 2013-early 2014 to a newer one.

Things I want to add include a pencil for writing notes and also for drawing. A Keyboard that I can detach if I don’t want to take it or that folds out of the way when I’m using it as a tablet and a case.

Most of what I do on the iPad is reading (using both Kindle and GoodReader) web browsing, Scrivener writing, Omnifocus use mostly checking things off, occasionally for review and heavy use of DEVONThink to look things up and store stuff I find. I want to add using it for more handwritten note taking and for drawing using Procreate. I don’t need cellular as I can always set up a hotspot with my phone if I need it.

So, what would folks here recommend?

My initial thought is that the current generation Air is probably a good balance of power and cost for what you’re looking to do. I don’t use DevonThink for iOS myself, so I’m not sure how resource-hungry that is.

If it isn’t terribly resource-hungry, the iPad that was just announced yesterday might be enough, if the older chip and lower storage capacity work for you.

Both support the Pencil. Depending on how much you use the Pencil, you may find the second-generation Pencil reduces a lot of friction in your daily use of the iPad (it’s just always there, and always charged), but you’d have to get into the Pro line for that. Unless you use the Pencil a lot, it’s probably not worth the additional cost.

For handheld reading and sketching – and future-proofing – I still really like the 6-month-old iPad Mini, which has the same processor as the iPad Air, and the same Gen1-Pencil support. It uses the A12 processor, not the 3-yr-old A10 Apple put in the new 10.2" iPad.

You can see Geekbench, Mozilla and 3D benchmarks for the two processors here.

If the mini is too petite (I think it’s ideal for reading and notes, but not if you want an attached keyboard) I’d recommend the iPad Air instead. Generally I’d say to skip the base iPads unless money were a primary consideration.

The only pointer I’ve got on this sort of thing is the WIFI only version doesn’t have GPS on it, only the cellular version.

Everyone probably knows this already but it came as a surprise to me. My excuse is that at the time the iPad was our first adventure into fruit based computing.

It was a gift for the other half so it meant that she couldn’t use it for Pokemon Go (you know, the essentials in life

). I’d also hoped that it would make a backup sat-nav for her as she didn’t have a smart phone at the time but travelled quite a bit.

From your requirements, it doesn’t sound like that’s a concern but thought I’d just mention it anyway… just in case…!

As mentioned by @bowline, I think either the new iPad offered yesterday, the new Air, or the even the Mini would get the job done for you. I would be willing to bet the Mini would suit the needs you have set forth, and the size makes for a convenient item to throw in a bag and go.

If the mini is too petite

Yes, My current iPad is about the smallest I want to go to for the display. Some of the books and documents I read are best seen on the larger display due to how they are formatted.

Current iPad has 16GB and I’ve found myself having to delete stuff to make room for something for a specific task very often and then deleting it to put the old stuff back when I need it again. So more memory is better. However the prices of the Pro are pushing the limits.

In general I usually buy the largest memory and fastest processor I can get since I tend to keep my hardware for over 6 years.

In general I usually buy the largest memory and fastest processor I can get since I tend to keep my hardware for over 6 years.

Then ignore the new base iPad - its older A10 processor isn’t bad today but I doubt you’ll want to be using it with OS requirements in 3-4 years. Look at the A12-equipped Air which was introduced this past Spring.

I’d echo @bowline in pointing you away from the base model iPad. I think your choice is between the iPad Air and the 11” iPad Pro. Between the two, it sounds like the Air will do what you need to do. On the other hand, while the Pro is quite a bit more expensive, gives you Face ID and a much better Apple Pencil experience.

The only pointer I’ve got on this sort of thing is the WIFI only version doesn’t have GPS on it, only the cellular version.

Thanks, but not an issue for me. We’ve got lots of misc GPS stuff around, I don’t need it in my iPad and I only played pokemon a couple of time because of wanting to see how the AR was implemented.

I think your choice is between the iPad Air and the 11” iPad Pro. Between the two, it sounds like the Air will do what you need to do. On the other hand, while the Pro is quite a bit more expensive, gives you Face ID and a much better Apple Pencil experience.

More discussion and I tend to agree. What I think the driver will be is the pencil experience. I’m going to try to borrow an older iPad with a 1st generation pencil to see if the hassle of the charging is really that big a deal. If not I’ll probably go for an air if it is I think I’ll wait a bit and spring for a pro later this year.

to see if the hassle of the charging is really that big a deal. 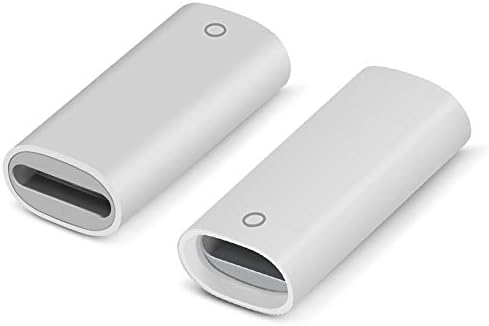