I often listen to classical music on my HomePod. But it is nearly impossible to get Siri to understand that I want to hear, say, Schubert’s Winterreise or Tchaikovsky’s Piano Trio in A minor, or which of the many versions of Richard Wagner’s Parsifal I want to hear, just to name a few examples.

After many attempts, I always resort to AirPlay from my iPad to the HomePod, which allows me to select the specific album. Only downside is that it drains the battery on my HomePod.

I was wondering if any had a good solution for this out there?

I haven’t found one. Siri also sometimes has a tough time understanding some names, like Sibelius. And Apple doesn’t seem all that interested after all these years in improving its handling of Classical music in general. 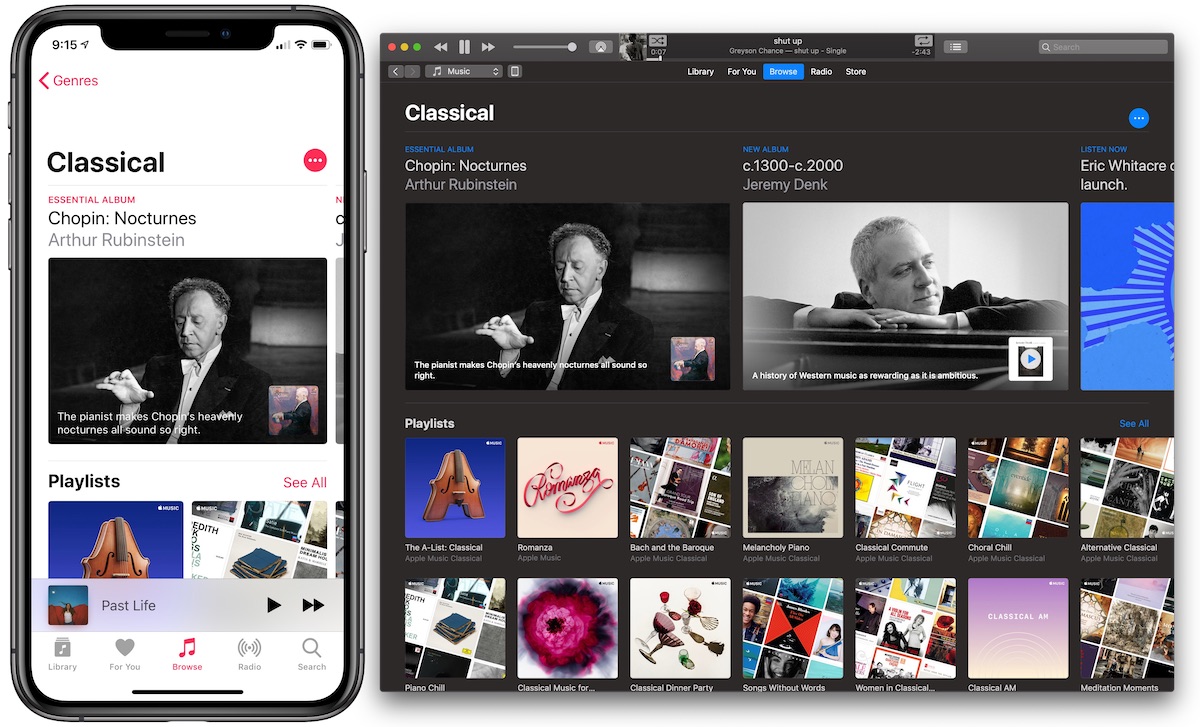 Classical Music on Apple Music: What's Wrong and How Apple Can Fix It

Last August, Apple Music was updated with a new section in Browse curated by Deutsche Grammophon, one of the biggest classical music labels in the...

But using Airplay works great and I haven’t found that it kills my battery. I suspect (but cannot prove) that when you’re Airplaying Apple Music the HomePod streams from the internet connection, using your Mac/iOS device just as a remote.

As an aside, I’m really liking the female South African voice for Siri these days…

Cool thanks. There is no way to type to siri on the HomePod I assume. That would fix it…

Thanks for the heads up on the SA voice

Using anything but voice for HomePod commands requires an iOS/macOS device.

Apple allows Voiceover to be used on other devices to control HomePod by way of its accessibility features, but of course that doesn’t improve its ability to understand classical music any better. How to turn on accessibility features for HomePod

How do you enable VoiceOver or Touch Accommodations on your HomePod? Using the Home app!

FYI I had an idea that didn’t work - I just tried Airplaying a song from my iPhone to my HomePod, then told Siri/HomePod to “play more like that” and when the next song started I quit the iOS Music app … but the music stopped playing on the HomePod. So either the iPhone is indeed streaming the music (which would be a waste of the iPhone’s battery since the HomePod is connected to the home Wi-Fi already

), or in the iPhone-as-remote mode the app must be running for to control the playlist.

She only understands English and has a very hard time with foreign names.

And I assume she at least also understands Afrikaans.

Many music apps/ecosystems are set up to play for the pop brained. @andreasl points to some of the weaknesses. @bowline thanks for the link.

Apple and others are going where the money is. Big surprise !

Yeah not a surprise. iTunes on the Mac has been a foe of classical music forever. Just follow Kirk McElhearn on twitter, he’s been raving about it for years

Hoopla has enhanced playback options and searches the past few years (audiobooks). I grumble less and have saved thousands of dollars but most of that credit goes to my library system and the community that pays for it.

She only understands English and has a very hard time with foreign names.

Try telling her to play Mussorgsky’s Boris Godunov. That’s 10 minutes of my life, I will never get back…

Try telling her to play Mussorgsky’s Boris Godunov. That’s 10 minutes of my life, I will never get back…

I use Siri by voice to get weather and to set alarms and reminders.

But on the Mac I use type-to-Siri, which is amazingly useful for all sorts of little things, from conversions to Wikipedia summaries. But for me HomePod just doesn’t work best with Siri only. Thankfully, iTunes on both Mac and iOS easily cast out to it, so it’s not really burdensome to use.

One thing you can do that is slightly different from air play is to use an iOS device as a remote control. I’m not sure how this might affect other aspects but if you open control center and select your HomePod from the available source options. Then go to Apple Music and find an album to play you’ll note that the source in the playback window is the HomePod rather than the device you’re using. Not sure if this allows for better training or any other advantage.