How easy is it to upgrade hardware on M1 computers?

Apple computers can cost as much as a new car. Given that expense, how easy is it on these new devices to upgrade RAM and Hard Disks? By upgrade I mean doing it yourself at home.

Also, there was talk a few years ago that chips would be added to apple computers that would notice if you changed components and would not boot your computer if you did so. Was this just a rumour?

how easy is it on these new devices to upgrade RAM and Hard Disks?

They cannot be upgraded.

“They’re quiet, fast, and interesting. They’re also less accessible for upgrades and repairs, and are going to be difficult to repair outside Apple’s network for the foreseeable future. “ 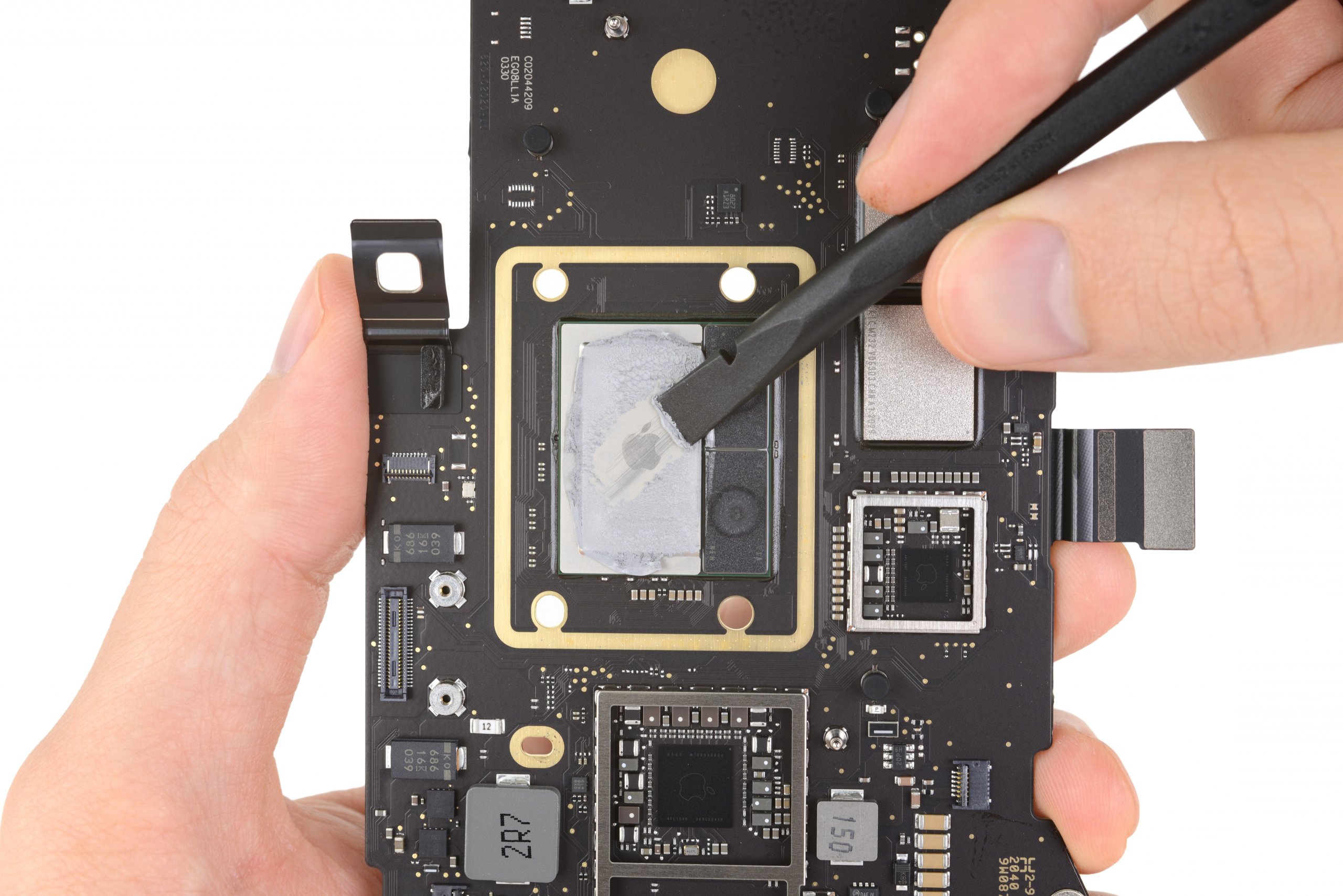 Past, meet future—it’s a mix of old and new in our dual teardown of the newest M1-powered MacBooks.

I could be wrong but AFAIK, you cannot upgrade any internal hardware (RAM , SSD, etc) , the best you can do is upgrade externally like adding external SSD, etc.

So much for Apple’s repair your own device!

I “upgraded” my Apple computers with HDD to SSD, that was a long time ago. Since Apple started with the modern solotions where all is fixed at purchase, i only made a mistake with my first of such devices; a macbook retina 2012. I should have purchased more RAM, however it still works and is still in use. Over the years i have purchased more macbooks then i like to admit and never had problems.

Of course some devices will fail but on the whole Apple’s computers are very good, no repair needed. PC thinking at the time was very focused on repair and extention because failures were common and every year there was another new shiny card you thought you needed. That notion does not really exist/is not needed in the Apple community.

I’m thinking of the waste created. It’s not a very climate friendly thing to do. Most computers with more RAM and a larger SSD could have quite a few more years. Even swapping out the processor. Here we are talking about climate change and Apple are soldering in components!

I have late 2015 imac 27" 5k. But without being able to upgrade it, it’s dead in the water. This seems an extremely poor decision for the user and the environment.

Perhaps companies should be taxed on the component wastage they incur where those components are perfectly useable but the company’s business ethics force this wastage?

I donated a 2014 iMac to a local charity that provides computers to those who can’t afford them. They load up Linux and a set of apps. Plenty powerful enough for everyday use.

And you can take your old Mac to Apple and they will recycle it.

But I still want to use it, I like it!

But without being able to upgrade it, it’s dead in the water.

If I understand you correctly, your 2015 iMac still works. But you think it needs an upgrade because new machines offer better designs and increased performance. Sounds like it does everything it did the day you bought it. And because of Apple’s latest design and manufacturing practices, your iMac will probably continue to be reliable. Your expectations are what have changed. Plus, it is not just Apple. Look around and you’ll notice that all hardware manufacturers eventually follow Apple’s lead.

Not quite. The problem is running out of disk space and apps being incredibly slow.

Buy a new machine and repurpose the old one as many many people on this forum have recommended and done themselves. And buy bigger this time.

A new machine is not in the budget I’m afraid.

…not in the budget…

Not my problem. Not Apple’s problem.

I couldn’t tell you how many Apple devices I have given away to family members near and far. Always feeling slightly guilty because I knew it was allowing me to get the latest shiniest new gear.

P. S. My current devices are an M1 MacBook Air and an iPhone Xs and I’m crazy about them.

I’m hoping the legislation to enforce the right to repair will change that. I’d also disagree with from a climate change point of view. We can’t keep chucking our older devices that would work perfectly well away when all they need is some components upgrading. The wastage and resource squandering is immense.

I’m thinking of the waste created. It’s not a very climate friendly thing to do. Most computers with more RAM and a larger SSD could have quite a few more years. Even swapping out the processor. Here we are talking about climate change and Apple are soldering in components!

A alternate perspective (not saying it’s completely correct, but I think it’s worth considering): As a percent of overall use, nearly nobody ever upgrades their computers, so the miniaturization and power efficiency that’s achieved by the extreme integration (nearly everything on the SoC, tiny logic boards, small enclosures) coupled with aggressive recycling of materials yields a net reduction in waste over upgradeable computers.

So much for Apple’s repair your own device!

But without being able to upgrade it, it’s dead in the water.

Ah, but these are two different things.

Even swapping out the processor.

This has almost never been a practical possibility, other than within that same generation. For example, back in the day you could take an iMac that shipped with an i5 and upgrade it to the i7 that shipped that same year - but it would be cost-prohibitive, and the modest performance increase wouldn’t be worth it when compared to a new computer.

The ability to repair doesn’t mean the product is designed to allow you to upgrade components, especially not across technology generations. And in the case of the M1, the inseparability of the components makes it a substantially better computer, spec-wise, which means it should last longer before becoming outdated. Literally, separating the processor / RAM onto separate components and socketing it in would make the computer worse.

What “repair” does mean is that if your M1’s battery dies, you’ll be able to get a legit, first-party battery from Apple. If the keyboard goes kaput, you’ll be able to buy a replacement keyboard. So for your 2015, you can get a new battery, swap it in, and have a computer that’s as good as the day you bought it.

As a percent of overall use, nearly nobody ever upgrades their computers

I can confirm this from personal experience. The only upgrades I’ve done to Apple tech over the course of time I’ve owned them have been of the form “I buy a computer with _____ RAM, and I immediately upgrade to _____ RAM to avoid the ‘Apple tax’”.

Even when I had a desktop PC though, upgrading a processor nearly always involved “throw away the logic board, and buy one that’s compatible with the new processor”. And the RAM nearly always had to be replaced as well to take advantage of new bus speeds, etc.

I’m hoping the legislation to enforce the right to repair will change that.

I have seen one review of Apple’s right to repair program. To replace the battery in an iPhone 12 or 13 Apple will rent you the same equipment they use. It is $49.00 for 7 days. They will also place a hold on your credit card for $1100 which becomes permanent if the equipment is not returned on time. Unfortunately, in this case, the replacement battery arrived about 2 hours before the equipment had to be returned.