I tried Big Sur and I think I liked it…

When I saw Big Sur’s UI during the keynote, I have to admit that I was more than a little skeptical.

I couldn’t get over seeing the Finder icon in the dock with rounded corners.

But I had a chance to play with it some tonight, and… I like it. I really like it. Sure there are some rough edges and some issues, but overall, it seems much more “alive” and colorful, and (as others have said) had the effect of making Catalina’s UI immediately look “old”.

I dunno. I mean, I’m kind of disappointed in myself. After all, I have a reputation to uphold as someone who hates everything, but… I’m definitely putting Big Sur on its own partition as soon as the public beta is available so I can start using it on a regular basis ASAP.

I think it’s kind of exciting to have the Mac getting more new life and attention.

This could be just an issue with Dev Beta 1, but I’d check before jumping in to any future beta. Safest bet is an external SSD. YES, EVEN IF YOU TAPE IT TO YOUR COMPUTER.

YES, EVEN IF YOU TAPE IT TO YOUR COMPUTER.

Better yet: (still in pre-order stage)

Coming Soon - Our most powerful, most discreet portable storage device built to handle all NVMe PCIe solid-state drives for Macbook Pro and Air.

I dunno. I mean, I’m kind of disappointed in myself. After all, I have a reputation to uphold as someone who hates everything

I hope that is tongue in cheek. That seems like a sad way to live one’s life. Please understand, I absolutely mean no disrespect at all. But, if that is a genuine statement I must admit it does seem a sad way to live. I find it far more pleasant and even helpful to look at the good and the bright side of things whenever possible. Obviously we need to be aware of and respond to those things that are not right nut as general proposition most of us have a profound amount of things for which to be grateful. I know I do.

I hope that is tongue in cheek.

Oh, it was, entirely. I find those people infuriating.

Safest bet is an external SSD. YES, EVEN IF YOU TAPE IT TO YOUR COMPUTER.

Stephen Hackett recommends taping an SSD to your computer!

I am glad that Stephen mentioned the point about the problems of putting B.S. (I’m definitely always going to call it B.S.) in the same APFS container as Catalina.

I believe that you can make a separate APFS container, but I think that also means that you have to pick a size for it, rather than using the “two volumes can use the same volume/container” trick that APFS has made so useful.

I definitely hope that this is fixed for the public beta, but I’ll let someone else find out.

Don’t bother with the tape (with an iMac), just hang it on the stand. Oh, it was, entirely. I find those people infuriating.

I thought that was the case.

A visual comparison of macOS Catalina and Big Sur

This post is an attempt to provide a visual comparison of pretty dramatic UI changes between macOS Catalina and Big Sur.

It worked fine installing developer beta 2 tonight for me.

I think the real test will have to be when Catalina gets an update, to see if Big Sur being installed in the same container has any negative effect.

Yes sir. I’m sure Apple will get this figured out.

Ha ha, your reputation is fine! In the old days in the UK institutions we used to say, “Oh here come the Awkward Squad” The question askers and caveat providers and ‘any way but this way’ gang. They were invaluable really. 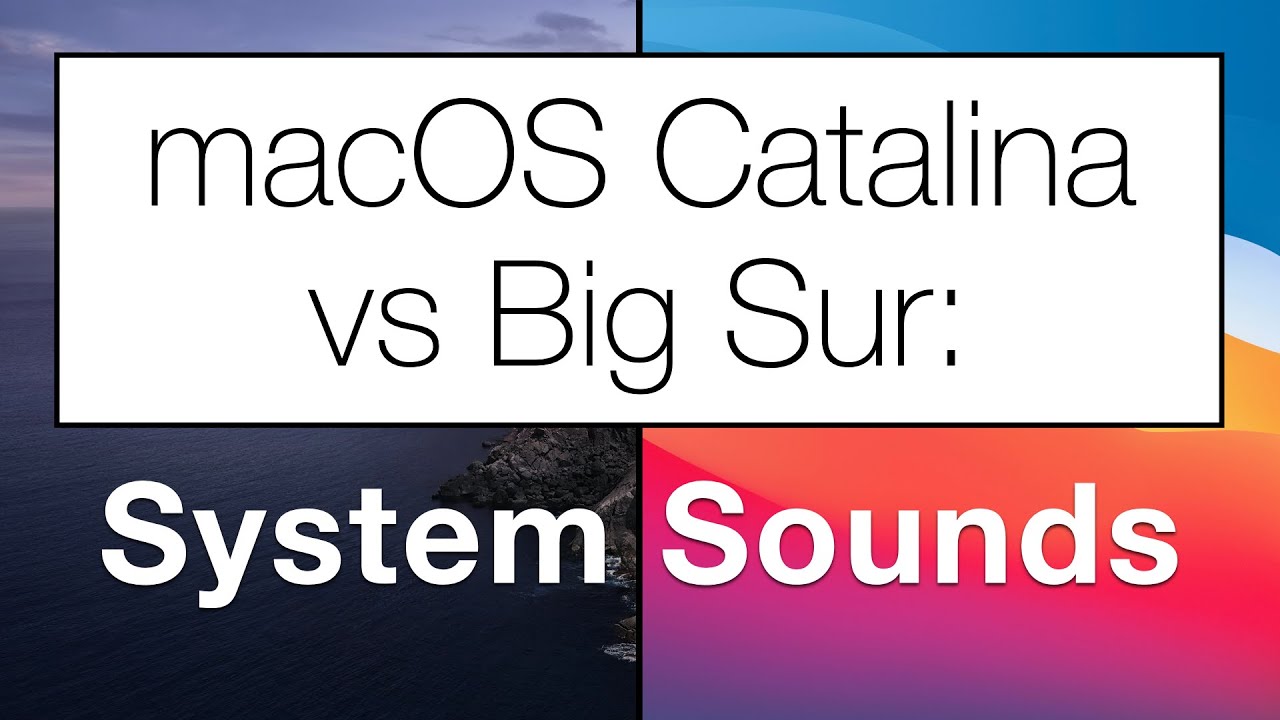 It starts around the 53m34s mark and goes on for about 30 minutes. I agreed with most of their opinions on the old vs new sounds.

IIRC you used to be able to put sounds in ~/Library/Sounds/ and have them show up in System Preferences, but I haven’t tried that in a long time. I wonder if it still works?

I’m NOT loving the new beta’s removal of the titlebar divider. Thought I would agree, but I’m surprised, it looks much more natural to me, actually.

I’m sure I’ll get used to it but I am unimpressed by the look now. Someone on another forum says it looks like some recent hire ripped off the look of a Linux distro, lol. My wariness is corroborated by the enthusiasm by the neckbeards. Themed Ubuntu: The Linux guys loving it so much. Here’s a video on theming KDE to look like Big Sur.