Has anyone tried the new iCloud feature to transfer your photos to Google Photos? I’ve heard that Google Photos has some cool features such as excellent image/object recognition, etc.

I’m mainly interested in the photo management capabilities and if anyone’s compared both as well as used the transfer service (nice of Apple to implement it).

Transfer a copy of your iCloud Photos collection to another service

You can request to transfer a copy of your iCloud Photos—photos and videos associated with your Apple ID—to another service.

I keep all my photos in both Apple and Google Photos and yes, Google’s search is far better than Apple’s. Both are able to locate photos based on their exif data, file name, and a person’s face (you do have to train each system individually). But Google will pull up photos of, for example, the Crew Dragon capsule when you search for “Space” etc, Apple will not. Recently when I searched for photos taken at a ranch in Mexico using the term “cattle” Apple Photos suggested I search for “mammal” or “cow”, Google just displayed the correct photos.

Apple lost points with me when it changed the app and started renaming my original photos with long strings like “1A97R39B-0E65-4309-A646-342C8249CEB9.jpeg”. I’ve had to recover photos several times for friends and users over the years. And in most cases the database was trashed but I could recover all of the original files. With today’s Apple Photos this means I would have to manually rename each one of thousands of images individually should this happen to me.

My iPad Pro is my primary device. I currently have a Mac, but will not be replacing it when dies/becomes obsolete. So I use the Google Photos IOS app to sync Apple Photos to Google. Until Apple creates a true backup app for IOS, or allows 3rd party solutions, this is the only way I have to backup my pictures without a Mac/PC. (If an image is deleted from Apple photos it is not deleted from Google).

Some of the features of Apple’s transfer service might be useful to you such as “Whenever possible, photos are transferred with their albums.” Others may not “Once transferred to Google, the filenames of albums and videos start with ‘Copy of.’”

Apple Photos and Google Photos are both good. But I find myself using Google Photos more often. For example on IOS when you are looking at your pictures in GP you can swipe up and see the file name, date, time, and location where taken, and see the location on Google Maps. 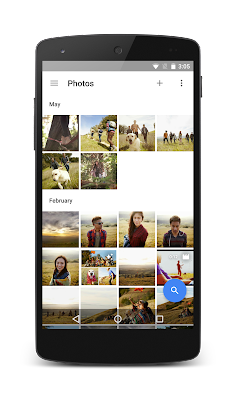 Thanks so much for the detailed explanation. Some followups:

Sorry, I never used the Apple Photos transfer service, I’ve only read Apple’s explanation. I installed the Google Photos IOS app on my iPhone, turned on Backup, and eventually all my photos were transferred to Google.

If you want to test drive Google Photos you could install the IOS app, turn on Backup, let it run for a hour or two, then turn off Backup.

After reading Apple’s literature again it appears once you start the process it will run to completion. Apple doesn’t say but I’d guess they will be moving the files directly from iCloud to Google which means it wouldn’t be using your data.

Perhaps someone else on MPU can answer your questions. Good luck.