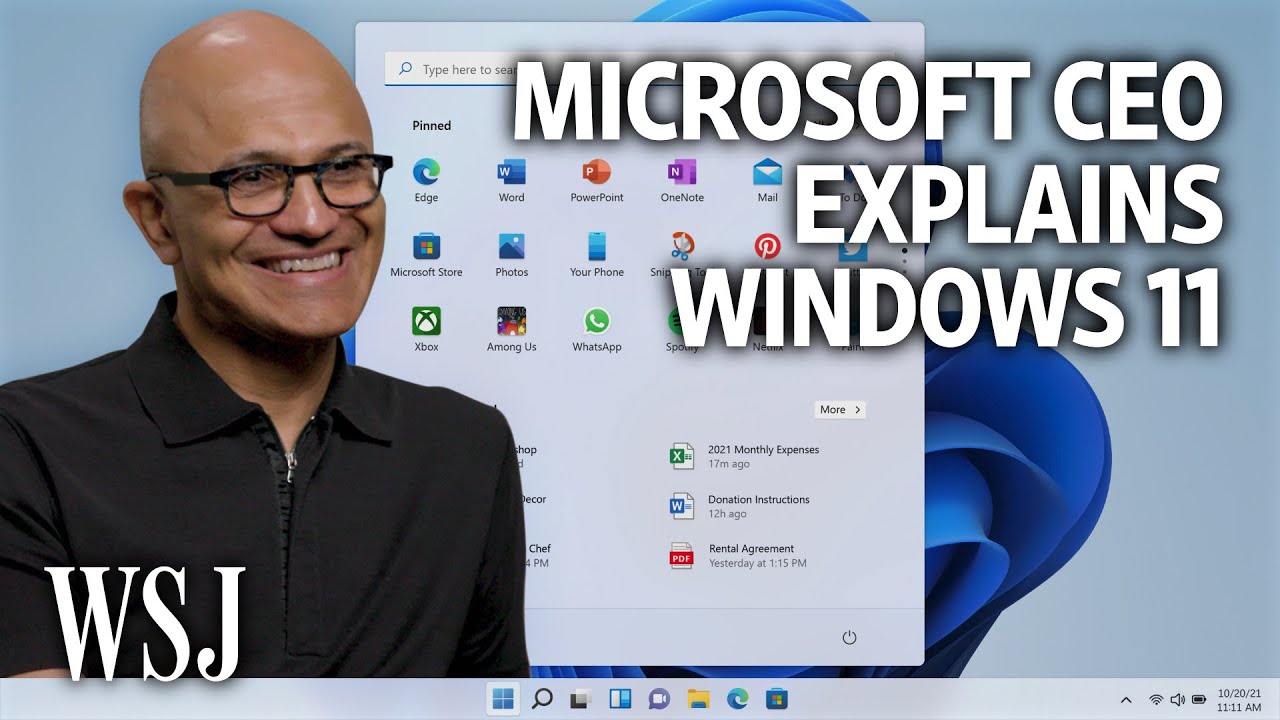 I like the look of the MS monitor the interviewer is using. I wish Apple would sell a new display that doesn’t cost $6,000.

There are some nice features coming to Windows 11. That said, I would not have an interest in running Android apps on my computer.

I would not have an interest in running Android apps on my computer.

If the Emperion Nebulus actually exists, there might be a practical use case for Android apps on Windows.

Nice to see it coming back to a design that does not make me want to jump out of a… wait for it… window.

On a more serious note, it’s nice to see Microsoft keeping on trying new things. It’s a pity it remains Microsoft and so much of these things are half baked and die quickly, but I’d like Apple to be a little more adventurous at times when it comes to design overall.

I just want an Apple display!

Me too! I really hope the rumors of a more accessible Apple display turn into reality.

This. So much this. I’ve been able to distill the essence of modern Microsoft in one word… sloppy.

I get frustrated regularly with my Mac these days due to long-lived bugs, but I also use Windows 10 five days a week and I get the feeling the devs there just don’t care about what they produce.

Me too! I really hope the rumors of a more accessible Apple display turn into reality.

My longest running apple device is my 2010 27" Cinema Display. I use it as a dual monitor for my iMac now. Quality Build.

Satya’s final speech at the event today was also interesting. Via The Verge:

Nadella’s speech was almost entirely about building a case that Windows would be a better platform for creators than either macOS or (especially) iOS. He argued that “there is no personal computing without personal agency,” insisting that users should be more in control of their computers.

Nadella called out the changes Microsoft is making to its app store rules, allowing more types of apps, Android apps, and — most importantly — allowing apps to use their own payment systems if they so choose. He said, “A platform can only serve society if its rules allow for this foundational innovation and category creation.” That rhetoric sounds vaguely nice and inspiring out of context, but in the specific context of the current debates, lawsuits, and legislation over app store rules, it’s a sharp and direct critique. 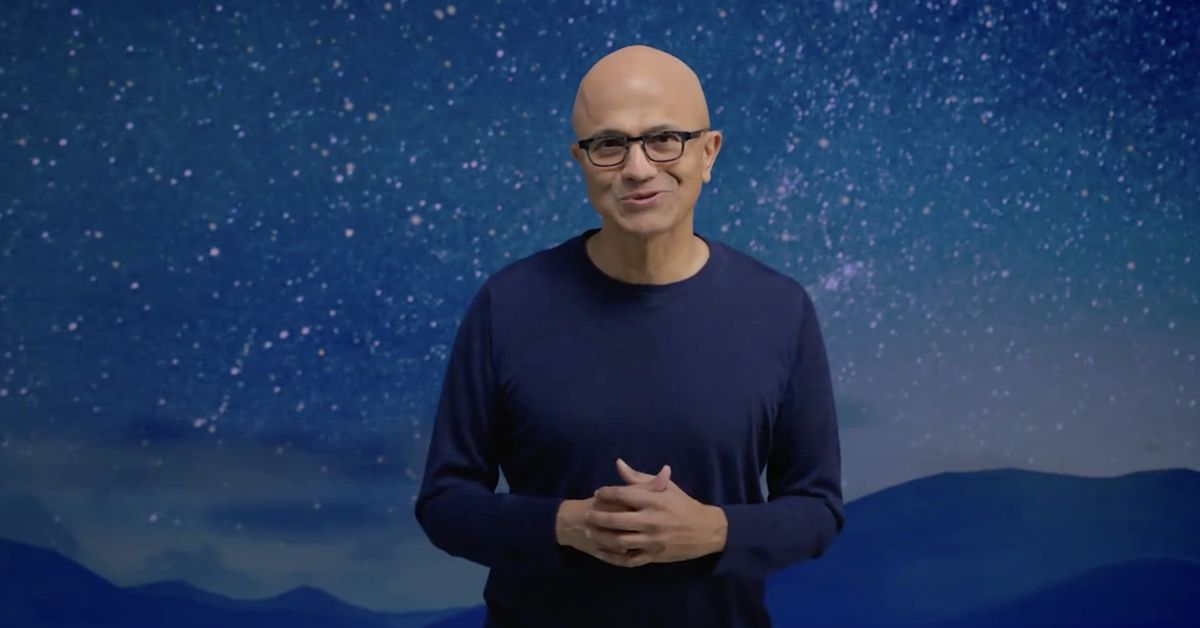 He didn’t name Apple, but it was definitely about Apple.

Nadella’s closing remarks were the most interesting part of the event to me. It sounded to me like he sees Windows as a tool to get to some future where personal operating systems aren’t going to be important.

We live in interesting times.

Watch Microsoft and Epic have developers flock to their platforms then slowly raise their fees year after year.

Also, it’s all well and good to have a platform with next to no fees, but that’s not the only attractive thing, and having a platform users and developers actually care about… well, on that Apple still has the upper hand and always had. For the time being at least.

Microsoft has spectacularly pivoted to the cloud (Nadella is an awesome CEO on that front) but it’s always been kind of their long term plan. Have everything in the cloud, collect services fees, take a nap. They don’t care what you use their products on as long as it’s their products. The answer to that is making everything available everywhere and leverage the inertia of businesses to keep everyone in their ecosystem.

Microsoft should create a cloud version of Windows 11. Microsoft marches toward launching its 'Cloud PC' service, possibly this...

Microsoft seems to be getting closer to launching its Cloud PC desktop virtualization service. It also is making moves toward revamping the Windows 10 app store, according to a new report.

I suspect this eventually will be the choice for many businesses. No more worrying about windows updates or updating virus protection. The ability to add processor power and/or ram and then dial it back down as needed. And a user will get their “PC” no matter what kind of device they use or if they log in from their office or a remote location.

We used to give our users thin clients connected to Windows Terminal Servers in order to gain just a few of these advantages. I’d definitely use this if I still ran a windows shop.

The future is already here!

Microsoft was believed to be working on a Cloud Edition of Windows 10, but unfortunately, it didn’t see the light of the day. Luckily, Microsoft’s hard work to develop the ‘Cloud PC’ is unlikely to go in vain a successor to the Windows 10 Cloud...

There are many (respected) manufacturers of displays. The panels come from a limited number of suppliers (LG, Samsung, Philips, to name but a few). And apart from the design (and premium price!) there’s not much Apple can add to a (regular) computer screen.

(…) so much of these things are half baked and die quickly (…)

Not unlike Apple. And at least Microsoft Windows never had skeumorphic design…

Come on. Apple does give up on things but the speed at which Microsoft does it has nothing to do with them. When you buy an Apple product and a peripheral, you know it’s going to be supported and the vast majority of its features will stay there for a long period of time. Microsoft does not do that on the same scale.

Really? My understanding was the LG Ultrafine display was the only one that had a panel to compare (in fact even equate) to the (even the old) 27" iMac screens. Maybe that’s no longer true.

The LG Ultrafine 4K is 80% the cost of an iMac 4.5K. Anything cheaper is, inevitably, inferior.

Apple could certainly ruin a standalone monitor by overpricing it, but for some – me included – the promise of quality that an Apple screen would bring would be a huge drawcard. I’m finally sold on the laptop life but for those times I am at home and want to work on my photos I would dearly love a screen of the quality I got used to with my 2015 5K iMac. Ideally without paying for 80% of another computer.

EDIT: Curiously, looking at a local online electronics retailer’s 4K screen offerings, a handful are 27" and the rest are larger. Apple fit 5K into 27" and that matters for clarity. Particularly when sitting close.

The others who have already responded pretty much summarize my thinking on the matter. I have had both the Apple monitor before it was discontinued and most recently a high-quality LG. In my experience the LG is Not as good in overall quality. I would much rather have the Apple product. Over priced? Yes, perhaps. But for my money, Apple provides a superior overall long-term value proposition.

Anything cheaper is, inevitably, inferior.

That is just a false assumption.