iOS 16 Before or After New iPhone?

Are there reasons why I should or should not upgrade my current iPhone XS to iOS 16 while waiting on an iPhone 14 arriving in 4 days?

When I’m in that situation, I wait for the new phone. I want all the new features together.

I just can’t wait until the new phone arrives. I always do upgrade my old phone to the newest iOS version as soon as the update is available.

I do not know if it makes sense, but I think that it is not a bad idea to have a backup generated by the OS version you are migrating your data to with the new iPhone a few days later. That is if you are restoring from the backup. Which is what I always am doing.

I seem to remember not updating my old phone/watch one year and then getting my new phone/watch and there was an issue because they were on different versions. I just had to upgrade the phone/watch and then do the transfer. This was years ago, and I don’t remember if it was the phone or the watch, but since then I have always been sure to upgrade my old device to the same OS version as the new device.

I am in the same situation you are @KirkS with the same hardware migration. Because I didn’t want the base configuration iPhone 14 Pro Max (I need 256Gb storage), my phone won’t arrive until the end of the month. So maybe I should upgrade now? My only hesitation is that, absent getting a new phone, I usually wait until at least the first or second point update. Anyone have any feedback on stability? Is it worth installing on a 4 year old phone?

I would upgrade just to potentially reduce any headaches during migration. That said, the requirements for the Quick Start migration tool are iOS 11 or later, so you should be fine.

I can’t say whether it’s worth installing on a four year-old phone. But I can say that I’ve been running iOS 16 since the second public beta, and I haven’t encountered any issues. So I’d think updating to the official release should be fine.

I’m traveling on the same train as @acavender – I’ve been on iOS 16 since the public betas started, and never had an issue with it other than a few weird math errors that the Activity App made for a while; but are now fixed.

I would update now just because there are a few nice little features. Haptic keyboard is nice, and the new Lock Screen is really cool. 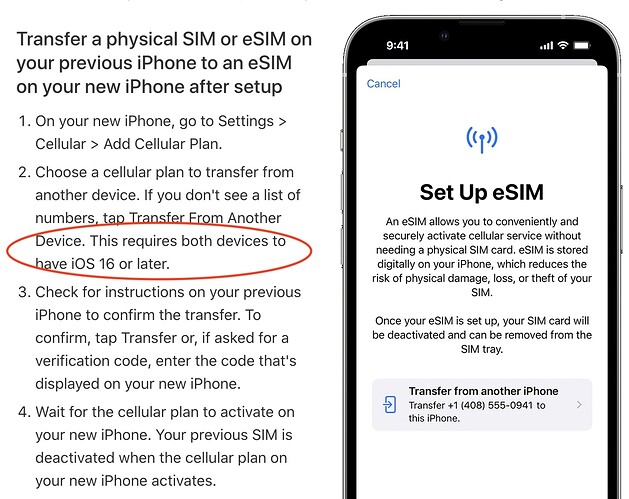 I upgraded yesterday when my new iPhone 14 Pro Max arrived. I took it to the Apple store to activate in case there were any problems. Everything ran smoothly. Apple had this nailed!