So, my soon to be 8th grader wants a smartphone for his 13th birthday this month. I have my current 8 plus which I’m contemplating upgrading, and we also have a used 6 plus around the house.

My concern with these models is that they are big. Big in my pocket and my hand. My thumb gets sore from manipulating it too much. I’m concerned about RSI with his smaller hands.

I’m curious-- has anyone bequeathed a Plus sized phone to a child? Or should I just get him a used 7 from Gazelle or elsewhere?

What about the iPhone SE2? It’s an up to date processor which will last a long time and relatively inexpensive.

Reachability can help with large-sized screens.

Some people just prefer large or small screens. I’d ask your son what size he prefers (I assume if he plays games the bigger the better) then make your decision based on budget.

The iPhone 8 line is has great power/performance, using the same A11 processor as the iPhone X. And refurbs go for around $300. (Though for $100 more you could get a new, smaller iPhone SE with much more powerful a13 processor that would be good for years and have better resale value.)

I had a 6s Plus and generally found it to be a great phone, but the camera was far inferior to later models. If your son tends to lose or manhandle things the iPhone 6s would be a prudent choice. (I wouldn’t get the 6 at this time - the 6s line has a lot of improvements.)

As a teenager, I can say from experience that I would prefer a plus phone. The bigger screen would be better for gaming and content consumption. The 8 plus also has a nice camera. Also, the 8 will get him more years of software support, which is nice because he wont have himself looking to get an upgrade in a year or two. At the end of the day, one handed use is nice, but a larger display for content consumption is nicer. Although, the only drawback I’d say there is, is that there’s no headphone jack.

Thanks, all. I’m probably not going to get him a new phone as, historically, he has a tendency to lose things. I’ll see what he thinks about the plus sized phones. As his only prior phone was a little Nokia GSM (which never worked that well and was seldom taken out of the house), I’m not even sure how he would carry it. I know the Plus sometimes feels a bit big in my pocket.

Do any of you ever buy used/refurbished phones? If so, who do you recommend? Seems like a crapshoot unless you buy from Apple (in which case the discount is pretty minimal).

Have you ever watched a teen using a smartphone?
They ALWAYS use both hands, no matter what size the phone.

Both my girls have the XR which is big, and they show no signs of fatigue, RSI or whatever. On the contrary: I can’t give them a big enough screen

My suggestion would be: give him the 8+, and use the 6 yourself until the new iPhones this fall come out. Then you have options a-plenty to choose from.

Apple refurb is the safest way to go as they come with full, as-new warranties and are eligible for AppleCare+. They don’t have any iPhone 8 models in stock currently (the oldest model they sell refurbished) but if you check back regularly they come back in stock.

Shop for refurbished Apple iPhone models. We test and certify all Apple refurbished products and include a 1-year warranty.

I think that the 6 (not s) phones are no longer able to run the latest iOS versions, so they may not be getting important security updates. (I know that Apple has released some 12.x.y security updates this year, but I’m not sure if they cover anything other than exceptionally critical issues, nor does it bode well for when 14 is out.)

Do any of you ever buy used/refurbished phones? If so, who do you recommend? Seems like a crapshoot unless you buy from Apple (in which case the discount is pretty minimal).

I got a used iPhone 6S from Gazelle for maybe $125 early this spring after smashing the screen on my 11 Pro Max and needing a temp. device while the 11 went off in the mail to Apple. I’ve subsequently traded it in for $70 from Apple on a new iPad. It was fine - basically felt like a brand new phone, and it was running iOS 14 PB 2 fine before the trade-in.

Good advice here … based on my experience, ensure what you get doesn’t “embarrass” your child with friends. Too small. Too big. Too old. Matters.

FYI CultOfMac notes that Amazon was selling refurb iPhone 8 models starting at $264, but noted that supplies are limited. 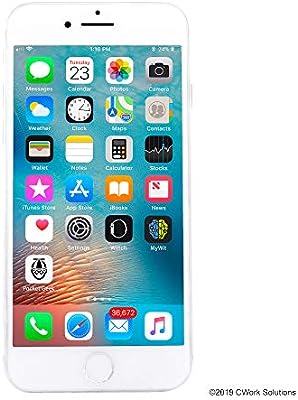 Sounds great when a teen starts doing their own laundry doesn’t it? Until the gadget laundering starts. A teen family member washed and tumble dried a Moto Razr, original video iPod and iPod touch, all because they had been left in pockets. Eventually I handed over my old iPhone and threatened extreme sanctions if it ever saw the inside of the washer or dryer. And just like that, the gadget laundering years were over.
If it’s their first phone, be super careful with this.