Apparently, when I was asleep and without my permission

, Apple removed the iPod icons out of that magic folder where all of the other icons reside… but now that Apple is getting rid of the iPods as well there is a resurgence of sorts (need a hairclip, anyone?) and I was hoping to replace the disk icons that appear on my desktop when I mount my iPods with an actual iPod icon… but for the life of me can’t find the original ones on the interwebs. Might anyone have a lead on these?

I kinda found them. I used the find command to search my entire MacintoshHD and found a whole bunch in here (two different versions of the same location I believe):

But any way I try to access them I am denied. Basically macOS tells me that PrivateFrameworks does not exist. So they are in there, I just don’t know how to get them out. Hoping someone else here can work that out.

Aha! I swear the first time I sudo’ed to root it would not let me in, but I am in now!

So you need to do the following in Terminal. 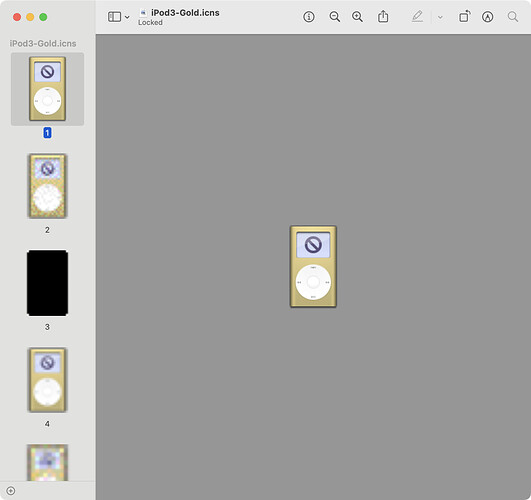 Without Terminal, you can just put the path

into the “Go to” function, of the finder.

wonderful! Thank you! I was opening up Music packages and downloading older editions of iTunes and/or OS, trying to root around but, alas, to no avail…

Without Terminal, you can just

OK, clever person, can you explain why I didn’t think of that?