Has anyone else had their keyboard replace since the repair program? How is it after the fix? Do you know if they are using the 2nd or 3rd gen keyboard?

I have a 5-7 Day wait as they need to order parts, hope it is sooner. I am using a 2013 with half the space and memory, the only loaner work had open. I am already missing the Touch ID when I open 1Password. I am fortunate to have something to keep working with though.

3 to 5 days. Replaced with a second generation. Mine was a touchbar problem. Keys were ok

I need mine replaced for the 4th time. The addition of the silicone one is super intriguing.

Definitely let us know what you get back!

Though I do wonder if they had to say that only because if they said that they were replacing keyboards with the ‘upgraded’ silicon version - everyone would bring theirs and to get replaced?

I doubt that, from what I’ve heard it’s a true case of incompatibility.

I also heard they changed the case.

I dropped off mine today, 9 days wait to get the parts and have it replaced.
The guy at the GB told me they would replace top lid, keyboard and battery… nothing said about which gen of the key lead they will use

Very interesting! Has anyone shown what changed on the body?

And yet this MacBook Pro’s total weight hasn’t changed one iota. We’re not sure which parts of this device have been on a diet, but it does look like Apple shaved some mass off the top case

IFix it tear down

All 2016 and 2017 MBP that are having keyboard issues will be repaired using the same top case assembly. No one will get a 2018 top case. The specs are just different enough to prevent that from being an option. Anyone claiming otherwise has been mislead or is not being truthful about the repair.

The design of the 2016-17 keyboard is not a flaw… people are just dirty around their computers.
Certified Apple Technician since 2006.

…The design of the 2016-17 keyboard is not a flaw… people are just dirty around their computers.
…

I don’t need a laptop to only use it in surgically clean environments. Below a photo of what the inside of my MBP looked like after spending some time in the African wilderness. Just had to screw it open and blow the dust/crap out, took min 5 minutes. If Apple decides their laptops are only tough enough to be used by marketing interns at Starbucks (no cookies, because of the crumbs), I´ll gladly move on and spend my money elsewhere. One of the reasons I have been using MBPs (besides macOS) is their tough build. I don’t need a solid aluminum case because it looks good, I couldn’t care less. I like it because I can throw it into the backpack and it will stand abuse. So, if I buy a new MBP today, I can’t take into the wilderness to review my photos at night? Never had an issue before, but now, if my current MBP breaks down, I will need to get a laptop from another maker (Lenovo ThinkPad)? What if I work at a construction site, won’t I be able to pull plans on the MBP because of the dusty environment? Sorry, calling users “dirty” is not changing the fact that the keyboard is a failure. Yes, I am dirty. And I need the tools that can stand my dirtiness. What’s next, pro-grade DSLRs melting in the rain? 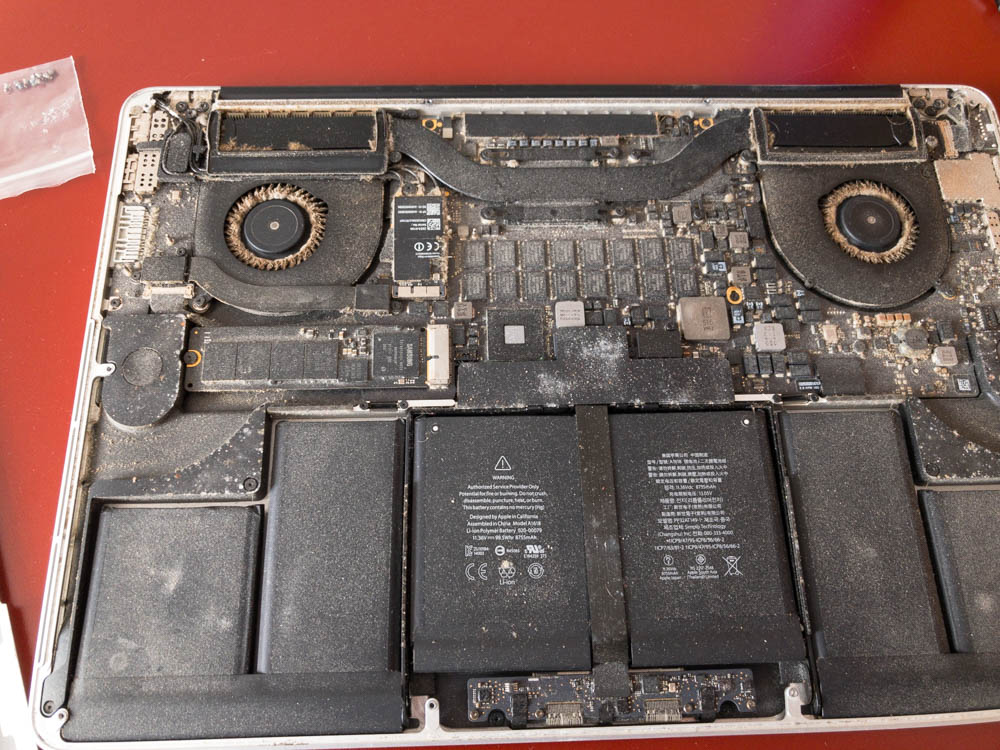 The design of the 2016-17 keyboard is not a flaw… people are just dirty around their computers.

Design and implementation are not the same. I have used computers since 1978, 40 years. The 2016 MacBook was the first one to have this problem. I have spilled Coke on a computer that made the keyboard break, but never just from normal use. I believe the 2018 desing (the MacBook I am using now) added the membrane to help with this issue. If the implementation of the first design was not flawed then why the improvements?

The design of the 2016-17 keyboard is not a flaw… people are just dirty around their computers.

…The 2016 MacBook was the first one to have this problem…

I really don’t know why some Mac users tend to defend every change with such fervor. I don’t want to move from my aging 2015 MBP, since I consider the subsequent models inferior. The keyboard is a failure, USB-C only is a failure Couldn’t we get ONE, just ONE “normal” USB port or is it that unusual that people stand in front of you with a USB flash drive “here’s my presentation”? I refuse to live in Dongletown. Touchbar is useless. And now my favorite: no MagSafe?!?! Whoever decided that deserves to rot in IT hell (=get a workplace with an Atari 400).

Now, If I look at my work laptop: has USB3, has VGA/HDMI, has SD, has RJ45. And it’s slim. It’s way more professional than the MBP. Sure, no macOS, but we are talking about hardware. When I pack laptops, it’s either: Windows laptop+charger or MBP+ethernet dongle+HDMI/VGA dongle and in the future +USB dongle +SD card reader. If Adobe ever releases Lightroom for Linux, I am gone. The MBP line is evolving backwards or sideways or whatever and it’s becoming a fashion accessoire. The Leica of computing. XServer is gone, Mac mini is essentially gone, macOS server is literally gone, WiFi stuff gone, printers long gone, monitors gone… the keyboard of the MBP: great design, useless for a professional laptop. What’s next in the MBP pipeline? Another 1mm slimmer and got rid of…what else?

I am sorry you feel that way.

I really don’t know why some Mac users tend to defend every change with such fervor.

Why does this bother you so much? Everyone has different needs form their laptop. I do not need too many external devices, just a hard drive for local backups, two external monitors while at work and power. Thanks to USB-3 I have 2 things plugged in which fills all four of those needs. I used to have 4 plugs every time I arrived/left the office.

I do local web development so CPU and memory are essential to me. I could care less if Apple makes my WIFI or printer (which I rarely use). I would rather they narrow the focus and get better at what they do.

I find it quite useful since I customized it with Better Touch Tool. I know others abhor it, but I do not let their disdain affect my use of it. If it goes away, I will adapt.

useless for a professional laptop.

If Adobe ever releases Lightroom for Linux, I am gone.

It’s on Windows now, and it seems you have a Windows laptop. Why then are you sticking around with a system you are growing to despise? It seems like time could be better spent being creative then expressing regret for how things are changing.

…
It’s on Windows now, and it seems you have a Windows laptop. Why then are you sticking around with a system you are growing to despise? It seems like time could be better spent being creative then expressing regret for how things are changing.

Because Windows is not *nix. I prefer *nix and I need Windows to run some software that’s only available for that OS. I also won’t mix personal/sidejob and corporate use, so it’s always going to be two computers, even if moving to a single OS. So, right now macOS matches the bill, but Apple is becoming less interesting.

CPU and memory are essential? They are. The lack of support for CUDA also means that I can’t do the heavy lifting on macOS but need to use a remote server even to test code.

I am not defending the changes Apple has made to the products they sell. Personally, I prefer typing on my 2012 15" MBP over newer models. That is my opinion… I don’t care for the “throw” of the new keyboards or typing on glass, but I have to use both daily at work.

USB-C shouldn’t be a deal breaker even if it means buying a dock or dongles to use older devices. Most of us remember using ADB, SCSI, Serial ports and having to switch to USB and Firewire. This is just to cost of using new technology.

Reading some of the replies makes me smile at the attempts at sarcasm or very puzzled at the basis of the anger expressed. If I angered someone, I apologize for that. Anger issues are not healthy on both a mental or physical level. I hope you can find inner peace.

My friend also had her keyboard replaced due to the recall but got more thru the diagnosis. She got her top lid, battery, screen, and wifi receiver replaced. Got more than what she asked for.