Does anyone use Launch Center Pro or a launcher app? And if you do what do you use it for?

I use launcher. I know I underuse it’s potential. I use it to add some direct calls to my family. As well as a shortcut to navigate home. That’s it for now. I do experience some times issues with the app. It will not show my shortcuts for some reason.

Really glad that it’s not dead and they are working on 3.0. Hope they accept me for the beta.

LCP is great for getting straight to exactly the place you want to in a target app (provided said app has a URL scheme that supports this). A couple of examples I’ve found useful…

In addition it allows you to create a scheduled alert that generates a notification for an action that you can then just tap to run.

I use this to generate a notification every morning that I tap to run a workflow I use to capture my sleep hours.

I use it for all sort of things. Deep linking into apps mainly, but some more ‘standard’ URLs too.

I don’t use it so much for capturing data any more. I switched to Workflow for that as it just gave me more control and options.

To give you an idea of the sorts of things I use it for, here’s a screenshot of my start page with the various folders I use to categorise the shortcuts. 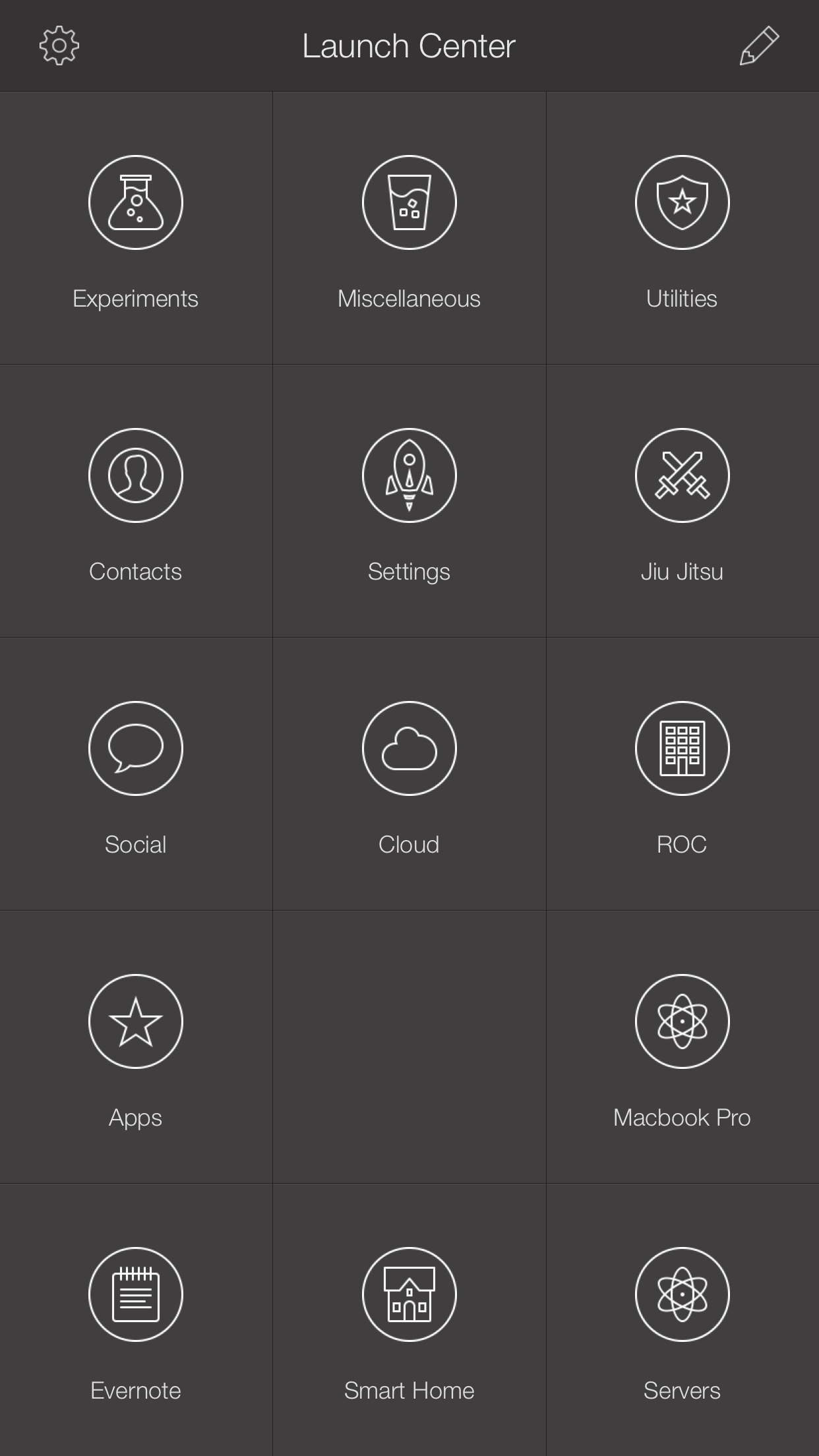 Started using Launcher when I went to Macstock recently. It was easy to get to certain travel and map apps then to go to individual app folders on my phone.

I was looking to add more shortcuts to apps within the app Launcher with Multiple Widgets. I added the app When I Work, which I have to use to clock in for one of my merchandising jobs. A few weeks ago this app wasn’t available to do this within Launcher. I did request it be added. I’m now able to place the app back in it’s folder instead of having it on my main screen.

Yes, it does. But you need to use shortcuts:// as the URL scheme - however it’s built into the app already

Oh nice. I’m still using workflow:// with LCP and it works. but for how long, who knows

Would the URL be something along the lines of shortcuts://name-of-workflow/ ?

I’m curious about what’s in your MacBook Pro folder.