Been lustng after a new Apple silicon MacBook Pro since they were announced and finally got one. Got a 16" MacBook Pro, M1 Pro (could not afford the Max) with 16 GB RAM and a 1TB SSD. Hard to express how amazing it is to not pull my charger out all day regardless what I do. Such a unique experience. It is bigger than my older MacBook Pro, but I do not care. This is an amazing machine! Love having the HDMI port eliminating the need for an adaptor.

Glad you like it. I recently swapped my old iMac for a MB Pro and love being back on the laptop lifestyle. And I’m with you — leaving it off the charge for so long is nice!

It’s really not that much bigger. I was pleased that it fit in the same sleeve I used for my old 15".

Congratulations! I love my 14-inch. These are great machines.

Congratulations indeed @Lampornis! Sounds like I am on a similar path readying to replace a late (and beloved) 2013 i7 MacBook Pro. M1 Pro would be a welcomed tech leap for me. 1 TB SSD seems wise. I am curious about what had you choose 16 GB instead of 32 GB RAM. I am hesitating and currently evaluating the benefits of having more RAM, almost entirely to future proof. I am fairly certain most of my current usage would not require the 32 option. I am also not one who replaces often.

Would you be willing to share your thoughts about RAM choice? How are you finding performance with regular - non video data crunching - usage?

Also, I am curious, what is your position on the AppleCare investment? $399 feels steep to me at this time.

Thank you in advance!
Neil

Glad to hear. How’s the fan noise? I’ve moved to MBA M1 and very happy with quietness of the machine.

I was also faced with this choice. I had a 32GB on order but decided to try the 16GB as it was in stock. I used much less than 16GB for my workflow (Docker with around 3 containers and development tools), so I ended up cancelling the 32GB and saving the extra expense. Memory usage never went over 12GB with around 10 apps open, Docker included (which is a notorious memory hog). When using normally, the system used around 6-9GB.

I also do some 4K video editing in FCP and simple audio recording in Logic and the 16GB handled these tasks without slowing down or using swap.

I don’t use virtual machines or play games, I think for these situations 32GB makes sense. It would also make sense you need to edit 8K.

Thank you @Rob_Polding. What you shared is incredibly useful for me to have heard. Being that I seldom replace my laptop and have read that more RAM, in this case 32GB, would provide several more years of enjoyable usage. What’s your perspective on this notion?

Being that I seldom replace my laptop and have read that more RAM, in this case 32GB, would provide several more years of enjoyable usage. What’s your perspective on this notion?

I don’t buy the future proofing argument at all. I don’t think more RAM will make any difference. I won’t be editing 8K or playing high end games for the lifetime of this laptop, and my workflow won’t benefit from more RAM than I already have.

Personally, I can’t see myself needing any more in the next 5-6 years (when I’ll next upgrade), so it would not be worth the extra cost. Adding more memory also doesn’t make much difference to reselling so I’d be wasting hundreds of euros for no benefit. 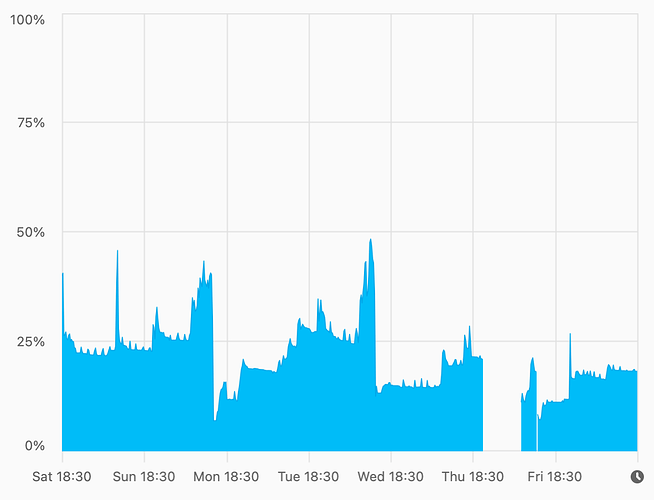 Sorry to take the conversation a bit off-topic. Congrats on your new machine. My 14" Pro has been amazing since I got it a fortnight ago.

It’s made almost every development workflow I do faster. It’s a keeper!!

To be honest cost played a role in my choice of 16GB RAM. When I built the configuration that I REALLY wanted the cost rose to well over $3000 which was just too much for me. Even so, I had been working with a 2017 15" MacBook Pro with 16GB RAM for some time without any RAM issues in spite of using it for a fair amount of video work (I do a lot of high-speed video work on bird flight). I was comfortable with the M1 Pro doing much better with 16GB than my old laptop so suspect I will be fine.

I did not purchase Apple Care but probably will before my window to do so closes in spite of the cost. These things are getting expensive enough that having that protection is, I think, worth it.

I have only been using it for a week and have not yet put it under a heavy load but thus far the fan has not turned on. Certainly was not the case with my 2017 MacBook Pro. Its fan would come on whenever I was doing a lot of file transfer or any sustained video work.

My two cents on RAM choice:

More is better because the more you have of it…

I always buy the most RAM I can get, because speed is everything and time is money. I also always buy Apple Care. The nearest Apple Store is 2 hours away, but we have an authorized repair shop here that accepts Apple Care and I can get a quick turn around. As far as the fan, my fan has never kicked in as far as I can tell.

Cost is a significant factor, less so the more you spend betting on this device being used long-term.

If someone’s needs would be met by the base M1 Pro 14", and they are thinking they’ll be using a different device within a few years, I probably wouldn’t push them towards 64 GB RAM since that would increase the cost by ~65% (Max plus 64) and I would bet on other limits prompting them to trade up first. 32GB would only be a 20% bump and the bet that they’ll have prevented a future performance bottleneck has decent expected value.

On the other hand, someone sure they can benefit from a 32-core M1 Max is getting 32GB for “free” and going to 64GB only increases costs by ~12%. That’s really reasonable unless the extra RAM is going to push them under a meaningful battery life threshold.

We are all coming to these purchases with different needs, timetables for future upgrades, hand-me-down opportunities and likely life/job changes, so it makes sense we won’t all buy the same thing.

It will be intersting to look back on this in a few years when these machines have been in use for a time to see how it all plays out. I have enjoyed this discussion.

I have only been using it for a week and have not yet put it under a heavy load but thus far the fan has not turned on. Certainly was not the case with my 2017 MacBook Pro. Its fan would come on whenever I was doing a lot of file transfer or any sustained video work.

Thanks for the replies. Glad to hear non issue with fan. Previous MBP had that loud annoying fan plus not a fan (pun intended) of touch bar. Love current MBA M1 but thinking of more RAM and power, so quiet, M1 performance is incredible and not generating much heat. Tempted to get new 16” MBP