Hi Everyone. I’m in the midst of refreshing my tech and setting up a new home office. I plan to purchase an M2 Max 14” MacBook Pro as my new main computer. After much research I will also be picking up a CalDigit TS4 dock. I’m also looking at buying two monitors to assist with my workflow when I’m at my desk. Apple’s own website states that the M2 Pro and Max processors only support 4K @ 60 Hz through the Thunderbolt 4 ports. The new HDMI port can support refresh rates up to 144 Hz.

I’m currently torn of what spec monitor to purchase. A 4K 60 Hz monitor is about the same price as a QHD 144/175Hz monitor. But with the tech specs listed on Apple’s website, it seems like if my goal is to have everything plugged into the TS4 dock (which connects to the Mac via Thunderbolt), the high refresh rate of the monitors won’t be supported.

So the TLDR is, can the M2 Pro/Max (or even the M1 Pro/Max) support high refresh rates through Thunderbolt?

All the different combinations of displays in the tech specs say “…and one external display with up to 4K resolution at 144Hz over HDMI.”, and the CalDigit doesn’t support high refresh rate, so I would either assume not, or have CalDigit tell you one way or the other (so you can return if disappointed).

Before you get that CalDigit TS4, check out the reviews. That was my dock of choice and I waited for it to get back in stock for a L-O-N-G time. As I’ve read the reviews there are a ton of criticisms about that product not working the way it should. There was a firmware update that supposedly would fix some of the problems, but I believe it was only available for intel machines. As of the beginning of this month there was no firmware update yet available for Mac. Now, the newer devices may already have the firmware installed. Anyway, check this out to see if any of the problems might affect you. I hope they get it straightened out, because that product seems awesome. I settled on the OWC Thunderbolt 4 Dock and it’s really been great. Another alternative I looked at and have heard good reports about is the Razer Thunderbolt 4 Dock. I was torn between those two. (I’m just an end user and have no affiliation with either company and had no direct experience with the CalDigit Dock… which I probably would have rolled the dice on if they hadn’t run out of stock while I was deliberating.)

As far as refresh rates for external displays, I understand that for refresh rates, it can go as high as 240Hz for 4K over HDMI (correction here, I had Thunderbolt at first). MacBook Pro 14- and 16-inch - Tech Specs - Apple

t can go as high as 240Hz for 4K over Thunderbolt.

I don’t think it can. The specs all say something like:

Here is what I read. I was having trouble translating it, so maybe I have it wrong. I also saw the 144Hz that you quoted:

Simultaneously supports full native resolution on the built-in display at 1 billion colors and:

Right, via HDMI. Thunderbolt is limited to 60Hz.
(Separate ports)

I just caught that and corrected mine, to at least reflect that.

Thank you all for your replies. Theres a few things that still have me confused. The wording in Apple’s tech specs, specifically up to, bothers me. It supports UP TO 6K @ 60Hz over thunderbolt. But what if the monitor I want is below that? Can a QHD monitor run at 144 Hz? I haven’t done the math but I think a QHD monitor at 144Hz would take less bandwidth than a 6K monitor at 60 Hz. So in theory its possible, but then again, I have no ideas what further hardware or software limitations there would be on that.

I also realize the greater confusion I generated because @tech_lwo was asking SPECIFICALLY about the refresh rate of the Thunderbolt ports, not high-refresh rates in general. Some days you win on MPU Forum comments… some days you just look longingly at that delete button.

I was looking at these too. The OWC was 2nd on my list. I may have to revisit it. Especially if its more available than the TS4

You are right, it’s strange how Apple has written that language. I saw this about the Thunderbolt standard itself:

But I don’t know if there is anything in the MacBook that would deviate from that standard. Here is where I read that: DataPro's Thunderbolt Guide and FAQ.

Personally, I would go for 4k over QHD, but our needs might differ. Here’s a resolution comparison I found: 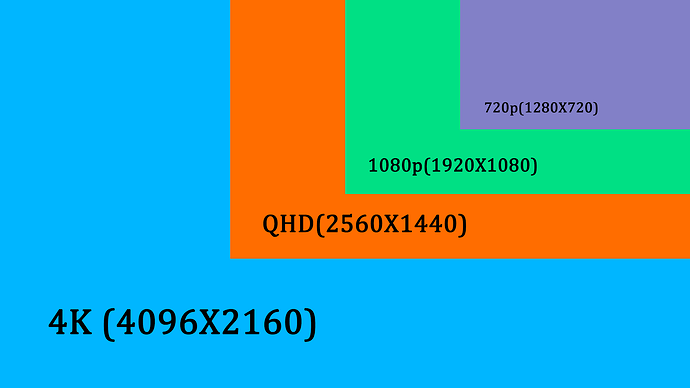 supports UP TO 6K @ 60Hz over thunderbolt. But what if the monitor I want is below that? Can a QHD monitor run at 144 Hz?

My interpretation is any resolution up to 6k. And any refresh rate up to 60Hz.

If it supported anything higher, I’m sure they would note that. 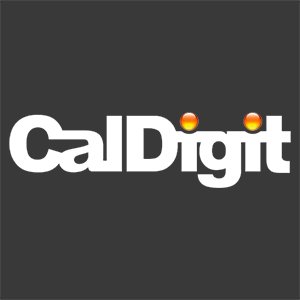 @CalDigit
The TS4's macOS Firmware Update is now available! Check out the knowledge base article and download the update here: caldigit.com/ts4-macos-firm…