I’m looking for a Flashcards app in which I can create several hundred of my own cards (mostly text, some graphics), create multiple separate decks, and then be able to select multiple decks to test myself from (as one big, randomized temporary deck). I’d do all the entry work on the Mac, but want to access cards on iOS.

Many of the cards will have concepts in them and not simple answers, so I’d ideally like to see a card, tell myself the answer, turn over the card to see the answer, then allow me to click/tap to note if I was correct or not.

Does anyone have experience with either Anki or Studies? Can they do these chores (and do them well?)

And as for Anki does anyone know the difference between https://www.ankiapp.com/ and https://apps.ankiweb.net/ ?

Quizlet is the only one I’ve tried. It’s designed nicely, simple to use, and has other options for quizzing yourself to go along with flash cards. No Mac app though, just web based.

Responding to each of your requirements in turn re: Anki (apps.ankiweb.net)

[I want to] create several hundred of my own cards (mostly text, some graphics)

Anki’s import tools are pretty powerful. I used scripting to generate flash cards based on PDF annotations, for instance, generating hundreds over days. I discussed that script on the MPU forum back here. [I want to] then be able to select multiple decks to test myself from (as one big, randomized temporary deck).

I’d do all the entry work on the Mac, but want to access cards on iOS.

I love both the macOS and iOS app. The iOS app is paid, like $20. Mac is all free, far as I remember.

Many of the cards will have concepts in them and not simple answers, so I’d ideally like to see a card, tell myself the answer, turn over the card to see the answer, then allow me to click/tap to note if I was correct or not.

This is how Anki works, but it’s a bit more nuanced: Anki’s answering system leverages metacognition—you don’t just say “correct” or “incorrect”, but how difficult it was/how certain you were. The less certain, the more frequently the card will show up again. Memory science!

And as for Anki does anyone know the difference between https://www.ankiapp.com/ and https://apps.ankiweb.net/ ?

Frustratingly, the former is a quasi-scam, just taking advantage of Anki’s popularity to sell a different app. Ankiweb is the real app. The iOS version is: 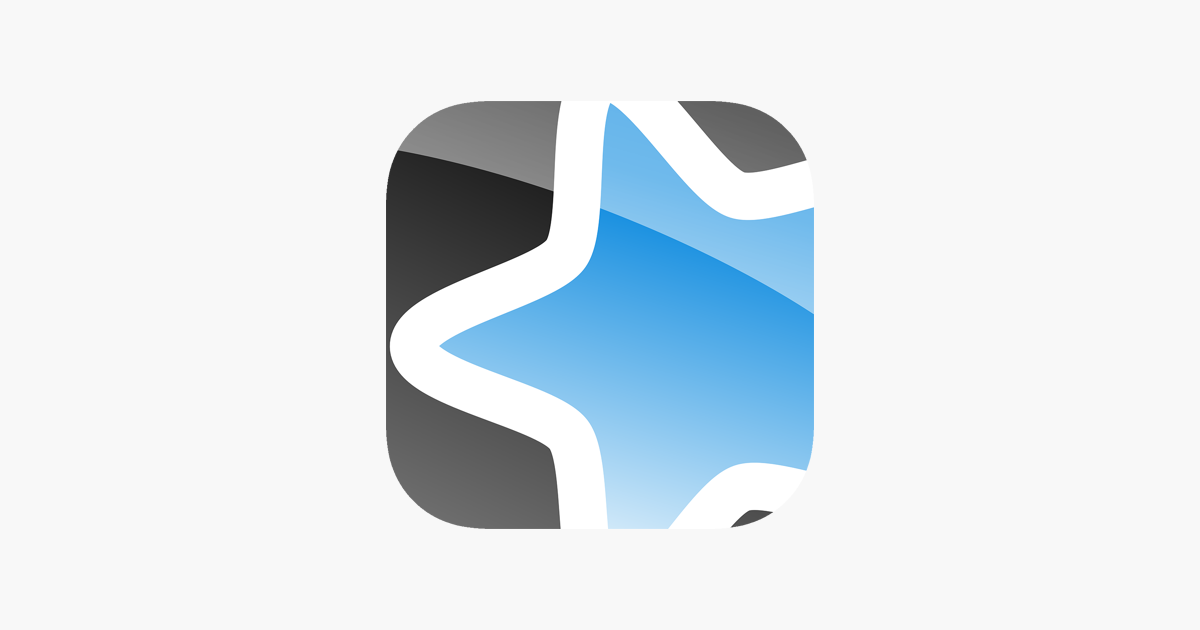 ‎AnkiMobile is a mobile companion to Anki, a powerful, intelligent flashcard program that is free, multi-platform, and open-source. Sales of this app support the development of both the computer and mobile version, which is why the app is priced as a...

It looks hideous. It isn’t. The devs just aren’t that stylin’. Here’s my flash cards on AnkiMobile (I created my own theme—it uses CSS): Screen Shot 2020-05-28 at 9.35.25 PM1183×741 129 KB
(Those Mobile | Desktop links lead me straight to the appropriate page on the appropriate PDF in DEVONthink. I had to include a link for each because of some weird issue where either Anki or DEVONthink added a / to the URL scheme, breaking it on either platform.)

I love Anki. I passed comprehensives because of it.

Then again, I probably would’ve done much better if I hadn’t spent so much time customizing and automating it…

A quick follow-up: I am balking at that Sweet Setup review. It doesn’t look like the author tried Anki at all. Studies looks slick and I’m sure it’s great, but most of the features they celebrate about it are there in Anki and then some.

Just because I’m now mad that Anki was underserved, here’s some other benefits. It has a big, active, and supportive community (official / reddit), great documentation, and each of those bonuses lends itself well to the app’s open source nature, flexibility, and extensibility. There’s a lot of really powerful addons for it as a result.

Thanks for the suggestion. I downloaded Anki and a couple of add-ons (change interface font, KING of button add-ons), as well as a few shared decks to play with. It seems very polished for a free app, although it did freeze on me once and I have to manually resize the window for some study cards with large images. I can see using this app, and if it works out I’d pay for the iOS app.

I need to look into whether I can somehow import OPML, as some of my notes are currently in node-subnode Q&A format in OmniOutliner and Cloud Outliner Pro.

Since I do my input and editing on theMac it’s too bad Studies is $25 MAS-only - I don’t want to pay $25 in advance for the Mac app only to find I don’t like it. (But it looks slicker than Anki.) However, it does give one more reason to jump into SetApp…

Does anyone have experience with Studies?

I’m also in the market for a flashcard application. So I downloaded Anki (the ’ good’ one). But I think it looks awful. Of course that’s only one side of an application, but still… Not proper dark mode either.
So I found studies. Which looks much better a first sight. But I’m not sure if it’s worth the price. So therefore my question. Are there any Studies users here? And is it any good?

I’m interested in this comparision too. Just downloaded the iOS Studies. I have Setapp so will be looking at Mac soon.

I found this 15-minute overview/review on YouTube, which outlines the app’s workings. In some ways its superior (multiple facets to a card, different types of scheduling) and in some ways it’s inferior (you can only mark something studied as right/wrong)…

EDIT: that three-year-old video is apparently by the developer, who is also the dev of Agenda. I can guess which app is getting the most attention these days…

Anki isn’t paying me, I promise.

You can create multiple faces on a card in Anki. This customization is rooted in the creation of multiple types of notes. See this discussion on Reddit for more details.

I’m not sure about the scheduling part, though I do know you can create new schedules for studying at different paces/with different goals via filtered decks.

I use Anki Mobile and have for years now, recommend.

Thanks. I just spent a couple of hours today entering a few hundred cards into two decks, and practicing with them. It’s clunky but it generally works well. Not pretty or Mac-like, sadly, but it’s doing what I need it to do.

I bet there’s a market, especially in edu, for a quality Mac/iOS app that leverages Anki’s (open?) card format. Maybe cards that actually look like cards, can be printed, apps with better font/image management and positioning, decent Help and me menubar menus.

I see that there are already a number of proprietary medical and educational (eg language, math, music) flashcard apps around for iOS and Mac; I assume their devs don’t want to open them up to user-generated flashcards at least in part because it could detract from their paid decks (or instigate deck piracy). And those flashcard apps that do permit user-created decks generally remain iOS/android only. A shame - I think this is a niche that’s open to disruption.

Perhaps we’ll see something once more mature Catalyst frameworks are revealed this year.

I’m in on Anki, too. Even more so after reading and feeling the excitement in @ryanjamurphy words.

Facing the amount of plugins available for Anki I was wondering if you guys would share those that are indispensable to you or that you think would be of help to a novice Anki adventurer.

Edit: Meanwhile I found this website and while scratching the surface it does seem pretty interesting: https://improveism.com

Jumping in as another recent Anki user, I must advice you that there’s a lot of omplexity in the Anki ecosystem. And what I learned after months of practicing is that almost all the addons I thought I liked in the first month are now disabled and I’ve a lot now that I never paid any attention to back then. The thing is, the app has a lot of options built in, it’s not just an app you start using and you have a workflow set in 2 days. So I’d very highly recommend that you just download it and start with some shared decks on topics that interest you and you’d hit limitations as you go. Based on that, look for the addons at that time. You can spend countless hours just playing with addons and if you know CSS, designing cards to be just right. Speaking from experience!

And they have a great community at https://reddit.com/r/anki where you can ask for help or suggestions. And as a suggestion for now, there is an ultimate geography deck and a works of art deck which are both good to start with I think.

Hey folks, I was doing a search and found this thread. Apologies for the self-promotion, but I thought it might be useful to share. I recently wrote a flashcard app that might be more to your liking if you found Anki a little confusing. The app works on macOS and iOS (single purchase) and uses iCloud for sync, so there’s no subscription or additional account required. The app is called Fresh Cards.

I tried to make card creation as quick as possible. You can drag and drop from a .txt file for very quick card creation, but the UI is fast to use. You can drag and drop image and audio into each card. It also uses a spaced repetition algorithm like Anki does. If you do end up using the app, feel free to reach out to me if there are features you’d like to see. I have a regular day job, so this is a sort of passion project.

@ryanjamurphy Could you share how you did those mobile / desktop links in Anki to DEVONThink? I keep all my study material (1,000s of PDFs) and would love to have something like that working.

Oh, sure. I haven’t used the script/workflow in a while, but it’s all written up here:

Contribute to ryanjamurphy/Create-flashcards-in-Anki-from-PDFs-using-Skim-and-DEVONthink- development by creating an account on GitHub.

Thanks for sharing your app. Looks very interesting and clean / calm. This is very charming and I am absolutely thinking about trying it out.

Not proper dark mode either.

This Anki dark mode add-on has been working well for me since I found it a couple weeks ago.