If your business is depending on your Mac. I think you should have a backup machine. People forget how much it used to cost to run a business. Comparatively speaking the price of a computer is small. The stress and loss of productivity is not worth it…

In some cases I would argue simply having the means to buy a replacement is better. If I buy a backup machine tomorrow that’s great - but if I don’t need it for a few years I have to store it and especially if we’re looking at laptops then you have to watch out with the battery to make sure it’s charged to ~50% for storage.

Of course if you live miles away from anywhere you could buy a Mac and would need one instantly that’s a problem, but most people nowadays have at least a smartphone and could in a pinch get some work done on that whilst waiting for next day delivery of a brand new machine.

Indeed if you can afford the downtime of let’s say half a day to purchase and restore from back-up. It becomes more problematic if you want to customize the new Mac.

Katie, I am not sure what the current policy is. But when I was working at the Geniusbar there was a policy that at 3 unsuccessful Major repairs the Manager can approve a new current model replacement!

I suggest to purchase the iMac and start going through the motions to repair the MB Pro.

Hello, as Katie said Screen Time is still not perfect. And the problem with limits on categories can be a bit confusing. But for example, social media can be limited without messages.
Here’s how to do it:

@katiefloyd
Regarding Katie’s issue of the “nightly restarting MBP”, I had almost exactly the same issue with an iMac a few years ago.

In order to exclude “software” as source of the issue, the Mac Support people (who were excellent, by the way) had me
a) restart the iMac in “safe mode” (I believe one has to hold down Command+S while rebooting) to rule out any weird Kernel extensions
b) if a) didn’t solve it, install a new user (admin) to check whether something in my user folder was the guilty party and then (ignorance b) also failed to resolve the issue)
c) re-install MacOS.

After I jumped through all these hoops, it was determined that I had a faulty logic board, and the iMac was replaced.

@Erik_Zeiner seems to have a good solution for a customized “category”.

IIRC the default categories are based on the category the developer assigns to the app when they submit it to the app store (obviously Messages would be a special case since it’s a built-in app).

@katiefloyd mentioned that Messages was still counting against her social media category even after she set it to “Always Allowed”. I think that the way this works is putting an app in Always Allowed doesn’t mean it doesn’t count against your limit, it means that you can still use the app once you go over the limit.

I like big phones and I can not lie,
You other listeners can’t deny,
When Tim walks on stage with a next generation case,
And a phone that unlocks with your face,
My wallet gets sprung

My favorite Halloween costume was in 3rd grade (1977) my friend and I made R2-D2 costumes. We were working from memory so there was some creative liberties taken.

My second favorite was in 5th Grade (1979) I was dressed as Luke Skywalker. I wore a pair of khaki pants and my mom made me a tunic like Lukes from an old sheet. (It was awesome!) I had a lightsaber toy (attached) and I thought I was awesome!

I’ve not had a better costume since… 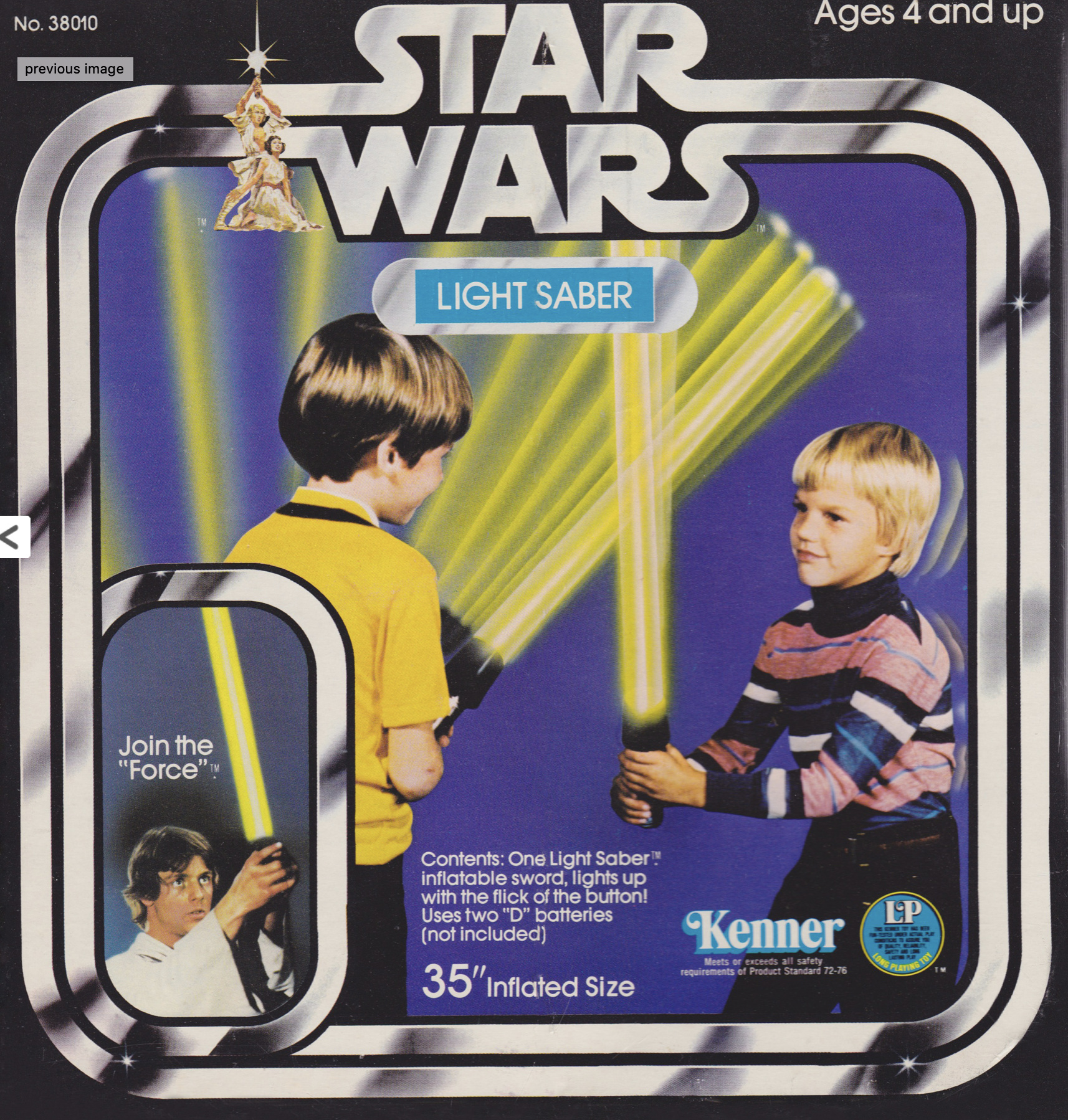 Re: Dropbox, I was able to cancel my paid Dropbox plan because I got more Dropbox storage when I bought Quicken this year. I’m using about 9 GB of Dropbox storage, which is more than the basic free plan can hold, but certainly doesn’t require Dropbox Pro. If you buy Quicken from quicken.com, you get 5 GB of Dropbox storage, but if you buy it from Amazon you get 20 GB. So now I have about 24 GB of Dropbox capacity, which is plenty for me. (Full disclosure: I’m a Quicken employee, but I’ve been using it and buying it for personal use for over two decades.)

I’d love to give up Dropbox completely (I didn’t even install the Dropbox app on my latest Mac, and just access it via the web site or 3rd party clients like Transmit when necessary) but most of the documents I have are documents that I want my wife to be able to access, and having a shared Dropbox folder is just so convenient. I haven’t tried to do folder sharing in iCloud Drive recently: would that fit my use-case?

So will you be renaming the “MPU+“ shows to “MPU Max” after the September Apple event?

So ”This is not a good time to buy an iMac, of course”?

Why @katiefloyd? I don’t spend much of my time on latest apple rumours but is there a replacement, an update, a new generation of is it just an out of date mac?

There’s rumoured to be an Apple event this month. So if you can hold out for at least a few weeks then you’d know if the new one is better or not necessary

re: HUE Motion Sensors — outside the house

David and Katie mentioned using their HUE motion sensors outside (e.g., on the porch).

Has anyone had success using them in non-indoor conditions? The packaging says they’re for indoor use only. (And I’m about to return mine once I read that…)

I’m glad @katiefloyd and @MacSparky mentioned Siri Shortcuts/Airplay/Homepods. I’m a massive backer of HomePod but can’t help thinking it is (currently) a massive oversight that you if you build a Siri Shortcut that involves music/podcasts it doesn’t have the option to airplay to HomePod.

The only way currently is to use a suggested Siri Shortcut from within Settings>Siri & Search, it then will magically airplay your music/podcast to HomePod…but not as part of your own multi-stage Workflow/Siri Shortcut.

How can Apple expect to win the Siri/HomePod Skeptics over from the Alexa camp if you still can’t set up home automation scenes involving your favourite music and/or podcast playing, despite the launch of HomePod (THE must have companion for Apple Music) and Siri Shortcuts (considering how advanced this app is!).

I understand that most of those using the forum are interested in productivity gains from Siri Shortcuts but wasn’t HomePod’s original target audience music and home automation lovers?!

Thought educators would like to know that Base Camp is free for any school or university teachers. I’m using it for my research lab (and was honest about this in my email). I’ve tried different school services where they ask you to send in reports or describe that it has to be used with classes. The Base Camp team was very knowledgeable about the diverse roles and relationships that professors play in a university. There’s no way I would be able to afford this since I’m at a teaching-focused university. My students enjoy it and it makes it very clear to them what they’re expected to complete week to week. I would pay for it if I could and highly recommend Base Camp.

There’s rumoured to be an Apple event this month.

Could be as late as early-to-mid November. If you look at Apple’s annoucement/release schedule since the advent of the iPhone, Apple has given wide berth - 3 to 4 weeks of space - after iPhone announcements, to give themselves time for them (and the press and social media) to focus on their most profitable, popular (and important) product.

Since the iPhone XR is up for preorder in 18 days, with it being for sale a week later, if Apple doesn’t soon announce an event for new Mac/iPad products - increasingly unlikely given the advance time it has to give the press for events - then don’t be surprised if such an even comes 3-4 weeks after the intro of the XR.

Otherwise, it won’t be an ‘event’ but refreshes seeded to select reviewers. But if Apple is really coming out with buttonless, FaceID-enhanced iPad Pros and three new laptops (and maybe new Airpods and even news about AirPower), then I suspect it will involve an even of some kind. But not one taking place such that it dilutes the marketing focus for the new iPhones…

I used to shoot competively. I alway brought two identical pistols. I traveled hundreda of miles… There was a time limit. Get going or you are out.

So as has already been pointed out @macexpert, there are circumstances when pulling out a fully configured backup gun is crucial.

@katiefloyd are you still using or have you used FruitJuice, amphetamine, Wemo power cycling, etc. on this laptop?
Could this be a contributing factor?