Mac Power Users 459: My Life is a Subscription

Mac Power Users #459: My Life is a Subscription - Relay FM

Subscriptions! It seems the wave of the future but should we be happy about that? In this episode Katie and David talk about this trend towards subscriptions and the software and services they believe are worth the effort.

1 Like
Thoughts on Bobby, and Tracking Subscriptions in general
Dragon Anywhere for IOS
tjluoma December 3, 2018, 1:35am #2

@katiefloyd said that Backblaze is $60/year and she suggested paying for it annually.

Well, I hate to say it, but they’re both wrong.

Don’t take my word for it, go to https://www.backblaze.com/backup-pricing.html and see for yourself: 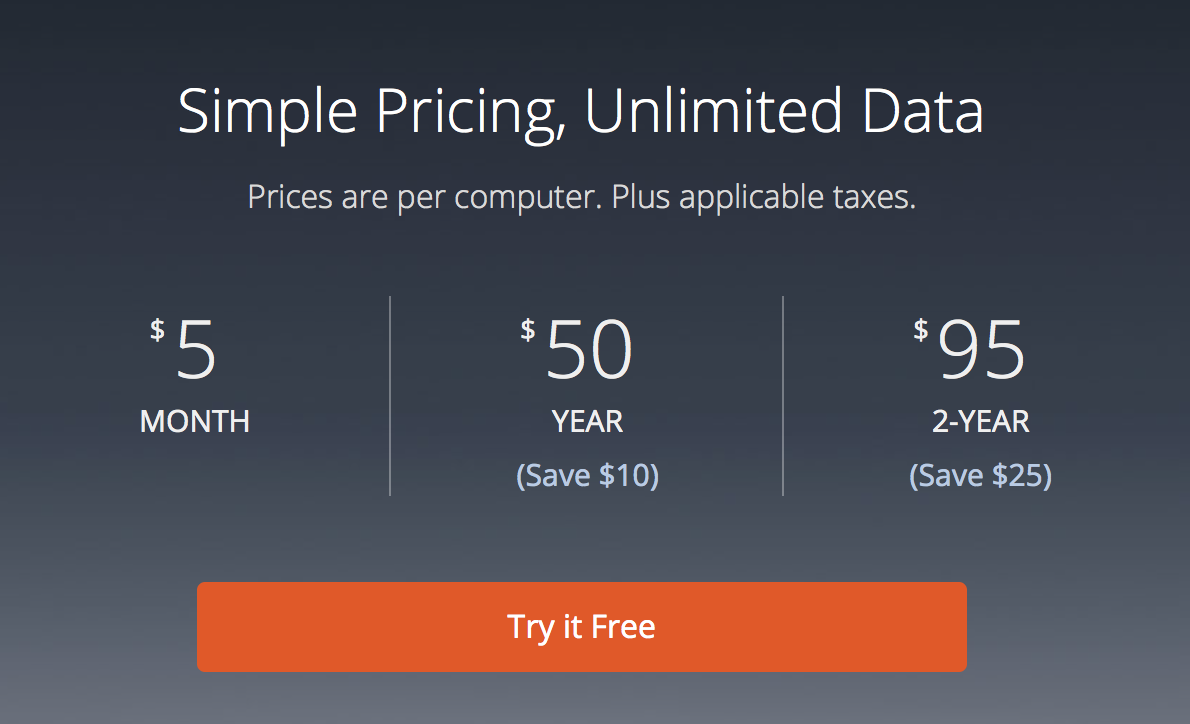 What throws people off (I think) is that we are so used to companies that quote their prices as “a monthly amount based on annual subscription” but Backblaze does the opposite: they quote their monthly price ($5/month) more often than their annual price ($50).

The show notes are missing a link to Grammarly (there are two links to SaneBox… oops!): 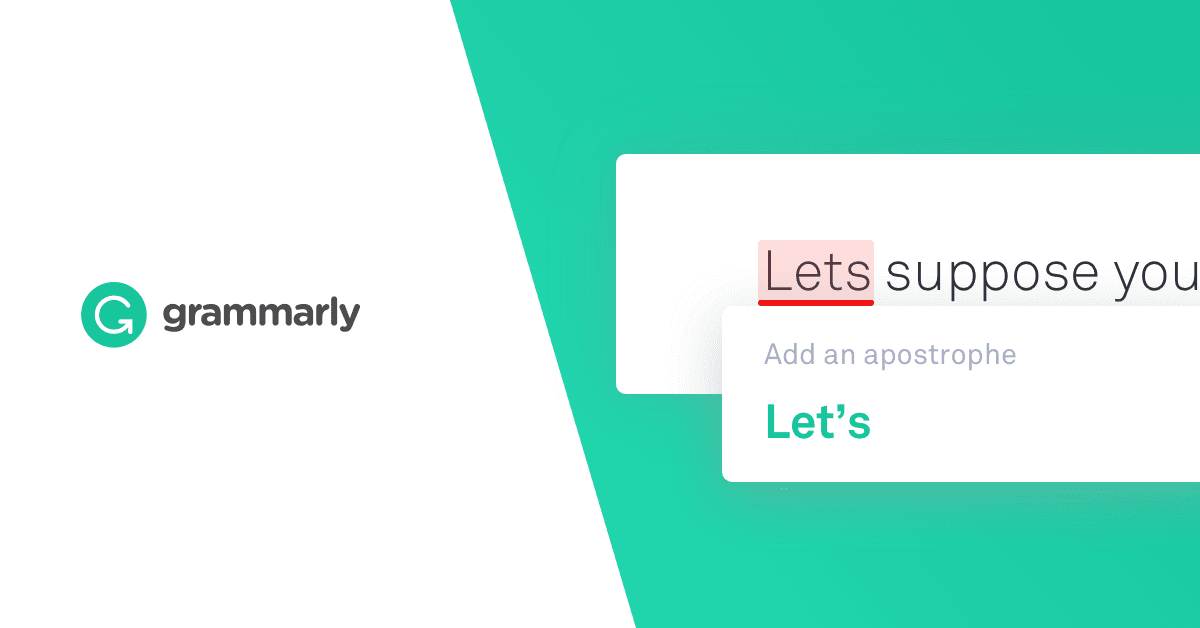 Write your best with Grammarly.

Grammarly makes sure everything you type is easy to read, effective, and mistake-free. Try it today:

Be warned: Grammarly doesn’t make it easy to sign up for just a free account. After you create an account, they default to showing you subscription offers and don’t show a free option, but if you just close the window and go to http://app.grammarly.com you can use the free account. (There may be another way to do this, but that’s what I did.)

I think Arq is great, and I’m pretty sure that I own a lifetime license too.

For trying to get people setup &running quickly & easily, I don’t think anything beats Backblaze. I also like ease of “it’s the same price no matter how much you backup!”

For power users (and hey, look where we are!), Arq & B2 makes a lot of sense to check into, especially if you’re backing up a laptop with less than 1TB of internal storage!

@tjluoma They might be easy to set up, but they require you to send them your key when you want a restore. That is just not secure. No matter how easy it is to set up.

Who guarantees they secure wipe the data afterwards?

I really don’t understand why they do not offer a secure option. (on client encryption/decription only)

So they will always be a non-starter for me.

Re subscriptions for software. Many years ago I ran a software company writing engineering software. The model we used then, and one that I’d like to see more widely adopted again, was an up front purchase price for a licence, coupled to an optional annual maintenance and support fee.

The purchase element was for a time limited license, one option being perpetual. If a client wanted the software for a single project (or even just long term evaluation), a lower price for a shorter licence term allowed a lower barrier to adoption. Customers could roll over a short term licence if they wanted to at a slight discount. Many did because it was opex, whereas buying a perpetual licence was capex, for which internal approvals could be harder to gain.

Support (mostly telephone) was provided to customers paying an annual support fee, and free upgrades (bug fixes and new features) came for a separate annual maintenance fee; you could bundle the two at a discount. Maintenance was ~10- 15% of the licence cost. The software was multi-user, so the software licence and maintenance was charged per concurrent user, but support was priced per authorised user (which was fair as that, not the number of concurrently active users, was the cost driver).

If a customer didn’t take a maintenance licence there was an upgrade fee, but it was really clear how it was priced: a premium over the “unpaid” maintence fees, the premium reflecting the time value of money. Explained that way it was hard for customers to object too loud!

I guess my point is that software developers need a revenue stream if they are to remain viable in the long term. That cash flow has to pay down their initial development costs, fund the business, pay for future development and provide an acceptable level of profit to the investors/ owners/ principals. Customers have the same issues; they need to see continuing value from their purchase. Both change over time. Developers trying to use a one-off purchase and upgrade pricing are really exposed. From the customers perspective, however, the cumulative cost of subscription pricing can rapidly exceed what’s seen as fair value, particularly for software that is used infrequently.

There is no one true model of that works in all circumstances all the time for everyone, both sides need the flexibility to adapt licencing to meet their particular needs. The Mac app store is, I suggest, a god-send to developers and customers alike from the perspective of discovery and distribution, but it does seem to me that it is an off the peg suite that doesn’t fit everyone. Apple would, I think, be well served to consider how the app store can support richer variety of pricing models.

I made the world’s simplest Shortcut to jump right to the Subscriptions page in the iOS App Store:

I am still not happy with what Textexpander did to us. Yes its a very useful app but for me too expensive for what it does. Plus there is the emotional thing about the way they did it and how I feel as a person who loyal with purchased updates. Meantime I found alternative solutions.

Out of curiosity what was your alternative solution?

RSS Services didn’t get a mention. I pay for feedbin is there a cost free alternative?

So, what is Katie’s intro in reference to? The cadence seems familiar but I can’t put my finger on anything. Maybe it’s just reminding me of the previous times I heard it.

I use Feedly https://feedly.com (Free for basic services) and sync it with Reeder on IOS.

When you subscribe, set a reminder for a couple of days later, then unsubscribe. Your software still works, and you will get a notice when your subscription is about to run out. If you’ve stopped using the software, just ignore it. If it’s useful to you, resubscribe.

Let me preface this by saying that I have several subscriptions that I adopted with no hesitation, including 1Password, Dropbox (Pro), iCloud, EncryptMe, Eero Plus, Bear, Drafts, Overcast… and probably others that I’m forgetting. I even signed up for Office 365 because I think it’s a good deal compared to buying the Mac apps separately every ~2 years.

As David was talking about how subscription apps have to “earn it” I couldn’t help but think of TextExpander and how it really hasn’t “earned it” since they switched to a subscription model.

The main feature they added in 6.0 (IIRC) was sharing snippets between two or more people. But, in actuality, sharing snippets had already been a feature for years, but now it works better. I guess. I don’t use it. I can see David’s use-case for it, but honestly, I doubt many of us will ever need it because we don’t have assistants. In any case, this was at best an improvement of an already existing feature that they re-wrote for “teams”.

The other big addition was Windows support. That was obviously huge for people who needed Windows, but I don’t, and I suspect most Mac users don’t.

As a “single” Mac/iOS user, I can’t think of a single note-worthy feature that has been added since version 5, and nothing that justifies a subscription price for Mac/iOS users.

That was confirmed to me several months ago when I went back to TextExpander 5 on the Mac and the compatible iOS app. It syncs via iCloud (not Dropbox, I think since it used the old API that is now deprecated by Dropbox). The only thing I’ve noticed that I’m “missing” is visual compatibility with new iOS devices (larger screen sizes), but since TextExpander mostly works in the background, even that isn’t a big deal.

Aside: If you don’t need syncing with iOS, aText seems to be an equally good Mac app as TextExpander, and it gets regular updates. For a one-time fee of $5. It will even import most TextExpander snippets.

I like the team at Smile and appreciate their years-long support of MPU and other Mac podcasts, but I think they have failed to demonstrate that TextExpander-as-a-Service is something that most people need.

As David was talking about how subscription apps have to “earn it” I couldn’t help but think of TextExpander and how it really hasn’t “earned it” since they switched to a subscription model.

I had the same reaction. I completely agree with what @tjluoma has written here.

I’ve gotten to the point where I don’t trust a password manager if they don’t charge me a on going fee. As the saying goes, if you don’t pay for the product you are the product.

Don’t forget to check your libraries. I get access to Lynda.com for free through the library. I get audio books from the library. Even some language learning. You already pay for this with taxes (in America at least).