The iPhone and Apple Watch can be helpful in managing health and fitness, and coupled with the breadth of options in the App Store, they can become powerful tools in improving our well-being.

Very good episode with lots of information I’ll have to refer to later. I started working out in December and have intentionally kept it low-tech until I build up a good routine. The only app I use is the Couch to 5K app because it tells me when to run and walk for my runs.

I’m conflicted on the Watch… I’d never use it outside of exercising - I don’t like wearing things on my wrist. The health and activity integration is too tempting, though. I’ll probably end up getting one when I can run outside.

I downloaded Streaks, Workout++, Sleep++ and Activity++. Total cost $10 or less. I got off cheap. I had been using AutoSleep Tracker but David is right; Sleep++ is easier to read.

Unless your doctor tells you otherwise, you don’t need a water tracking app, because you don’t need to make yourself drink enough water. That’s a myth. Drink when you’re thirsty, don’t when you’re not, and you’ll be fine. Here comes the science: 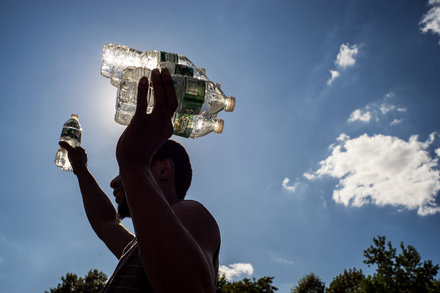 No, You Do Not Have to Drink 8 Glasses of Water a Day

There is no science behind a formal, one-size-fits-all requirement of daily water consumption.

Water: How much should you drink every day?

Know how much water to drink to stay healthy and hydrated.

It is a common belief that you have to drink 6-8 glasses of water per day. Almost everyone has heard this recommendation at some point although if you were to ask someone why you need to drink this much water every day, they probably wouldn’t be able...

I used a water tracker for a while, like 2 weeks, when I knew I wasn’t drinking enough and it really helped kick me into better habits such as drinking a glass of water between teas.
So, I’d say that an app to help you monitor your intake could be very helpful to help develop habits, but if you’re going to set targets, make sure they suit you personally.

Makes me think of the advice my wife got from her Chinese doctor: cut down on fruit. It turns out that many of the fruits she liked weren’t actually that good for her, which goes to show that generalised targets can be inappropriate for an individual.

I agree 100% that hydration is totally overblown. I think most people most of the time don’t need to track their water or drink a billion litres of water per day. I think hydration has certainly been marketed as some kind of healthy life silver bullet, which of course, as with all silver bullets, is

Nevertheless, I just recently started tracking my water intake because I noticed that, for the last few weeks, I was feeling a bit parched in the evenings and waking up feeling a bit headachy, almost a bit like a mild hangover.

Since I rarely drink water, drink a LOT of coffee (1.5-3 litres a day, which has been my baseline for about 10 years) and am reasonably active (about 6-8hrs of crossfit/weightlifting per week, so lots of sweating), I figured hydration may be something I am not attending to quite as much.

Perhaps with some accountability, and by steadily hydrating throughout the day, instead of waiting until I’m parched at 9pm to try and quench my thirst, could help with my cruddy mornings. Of course making sure I get good sleep and so on will also be helpful.

I’m using Waterminder (along with the complication on my Infograph Watch face). I bought it several years ago when it was on sale, and I really like the reminder feature, which is exactly the nudge I need to make sure that I’m not trying to do a day’s worth of hydrating at the END of the day!

Great episode! Love that we’re talking more about the watch and apps as a way to encourage movement and health. I use Strava and my Apple Watch in pursuit of running my 1st marathon next month. What health or fitness goals do you have that your watch is helping you to achieve?

Does anybody have an idea for tracking martial arts, so it adds movement as well as exercise?

I’ve found a way, through Siri Shortcuts, that adds a martial arts workout as an activity. It adds activity to my green activity ring, but not to the red movement ring.

Do you know if there’s a way for it to add to the movement ring also? Somewhere deep inside, I don’t feel like I get as much out of a workout as I’m supposed to

I set out to close all my rings for a period of time, and those days when I had my karate lessons, I often had a hard time finding time for an hour’s walk as well…

(I can’t wear my Apple Watch for while doing karate)

Yeah, undercutting my own argument here: I listened to the MPU episode while actually exercising – out walking the dog, which I do for 3+ miles per day. And when they got to the part about water monitoring apps, I thought, “Oh, God, not the eight-glasses-of-water thing again!” And then I thought: Hmm… I was not aware of this before I became conscious of it, but I’m kind of thirsty now. If only there was some kind of app…

Ha! Well if you listen to your body (unlike me!) you can avoid the app and save yourself five bucks!

Pivoting slightly (and no longer responding directly to you, Mitch):
As @ismh and @MacSparky point out, Shortcuts and the Health app, combined with the nagging reminders app of your choosing, could rather easily replace the functionality of Waterminder at zero cost – though with slightly less elegance, perhaps.

I love the kbase bell, but I think it should only ring when @ismh mentions a kbase article. Not for @macsparky.

Wow, 10 years! I’ve been using Loose It for 710 days, and I’m over 100lbs lighter than at the start of that process. Despite that I can’t quite bring myself to recommend it unreservedly. They really want you to sign up for their premium subscription and will nag you about it quite a bit. I’ve thought about switching to MyFitnessPal for that very reason, but I’ve entered enough recipes and foods into Loose It that there’s quite a bit of lock-in.

@macsparky’s discussion of meditation on episode 65 of Focused persuaded me to try Headspace, but I’m only on day 3 of their basic course.

Water - l forget to drink all day. Use a Due reminder midday.

Reading this discussion made me once again realize I am thirsty.

I am rapidly undercutting my own arguments about the utility of water minder apps.

@MitchWagner! YOU ARE A BOSS!

I love the kbase bell, but I think it should only ring when @ismh mentions a kbase article. Not for @macsparky.

Absolutely. The KBase bell only rings for the dulcet tones of @ismh!

Creating a water habit is a real thing! We’re moving offices and I don’t have my water bottle with me - I’ve felt thirsty a handful of times. Before I started drinking water often, I didn’t feel thirsty but I felt worse. While you may not need to drink X amount of water a day, creating the habit of staying hydrated is important.

Good job on the weight loss!
Surely the benefit you’ve derived from the app is worth $40/yr? That’s the price of one box of diabetes test strips, or 1/3 the cost of a visit to a doctor.

Great episode! I love all the discussion of the different health apps. One of my goals this month is to drink more water…i tend to drink coffee or be a camel

Definitely going to check out WaterMinder as I could use some nagging!

I just don’t really have any use for Loose It’s subscription features at the moment.

I’ve actually pondered buying that Apple-sold jump rope, even though it would be such a gratuitous purchase. It’d be better, though, if the Apple Watch could auto detect a jump rope workout. It should be a relatively obvious movement signature, right?

Also I’m diabetic but my emergency medical information has changed a few times. Even though paramedics are increasingly trained to check phones, I thought about buying a medical ID bracelet that just says, “diabetic, check phone for details.”